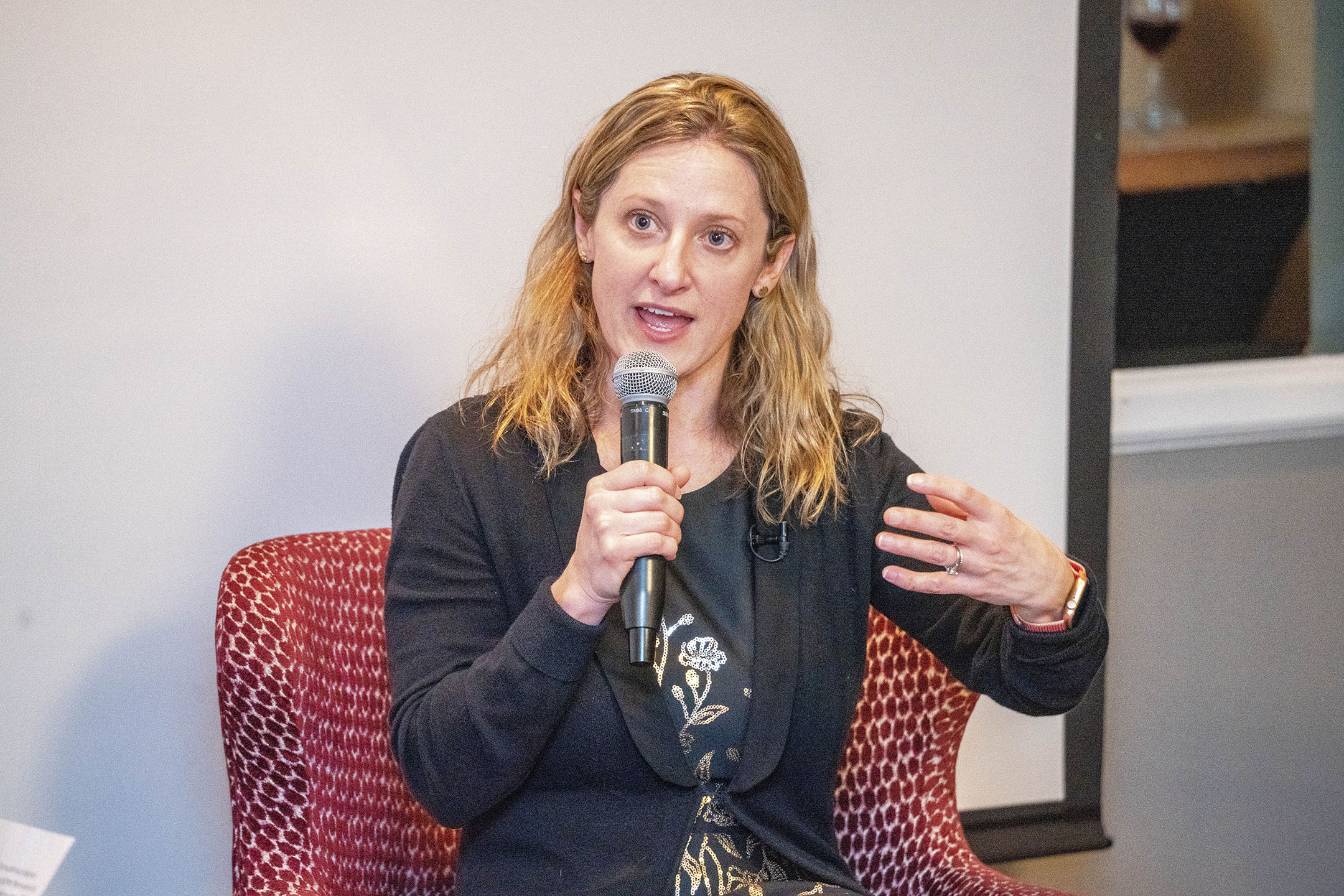 Bovaird Nevins had been with the organization since 2007 in a variety of roles, including her most recent one as President since January 2020.

“It has been the highest honor of my career to serve PIDC and Philadelphia over the past fifteen years, and especially leading the organization as President,” said Bovaird Nevins in a statement.

She was appointed president of the organization during a very critical period in the city and nation, and was integral to the pandemic response. She faced the arduous tasks of restarting the economic momentum of the city and positioning Philadelphia to recharge and reimagine the city’s economic future.

Under her leadership, PIDC has deployed over $71 million in COVID-19 relief to more than 5,200 small businesses — serving more businesses over these past two years than the organization had in the prior 40 years.

Bovaird Nevins was also instrumental in structuring new programs with government partners, such as the City of Philadelphia Commerce Department and the Commonwealth of Pennsylvania, as well as supporting new partnerships such as the Pennsylvania CDFI Network.

“I’m so proud of what our team has accomplished, including providing critical funding to Philadelphia’s small business and non-profit community through the unprecedented economic crisis brought on by the pandemic,” said Bovaird Nevins.

“At the same time, we have made tremendous progress in advancing long-term projects and initiatives that will drive future job growth, wealth creation, and economic impact across the city,” she continued.

During her tenure, PIDC invested more than $32 million in 16 commercial and mixed-use projects led by diverse developers throughout Philadelphia. Nevins also oversaw the selection of Ensemble/Mosaic as the new development partner for 109 acres at the Navy Yard, which will deliver $2.5 billion of investment, more than 4.5 million square feet of commercial and retail development, and more than 4,000 units of residential development.

This project stands as a representation of the organization’s unprecedented commitment to diversity, equity, and inclusion.

“With her passion and ingenuity, Anne has helped lead the talented PIDC team working to deliver resources to businesses and spur development projects, which will have a lasting and positive impact for years to come,” said Kenney.

Prior to being appointed as President, Bovaird Nevins served as PIDC’s Chief Strategy and Communications Officer and also was Senior Vice President for Marketing and Business Development.

“Anne has been an outstanding transformational leader for PIDC during a particularly challenging time for Philadelphia,” said Sal Patti, Chair of the PIDC Board of Directors. “We are grateful to Anne for her commitment and leadership.”

Patti will lead the process to identify a new President, which will be guided by an Executive Committee-level Selection Committee and supported by a professional executive search firm.

bikeka5024
Making money online more than $15k just by doing simple work from home. I have received $18376 last month. Its an easy and simple job to do and its earnings are much better than regular office job and even a little child can do this and earns money. Everybody must try this job by just use the info on this page.

Open The Link———–>>> 𝘄𝘄𝘄.𝗡𝗲𝘁𝗖𝗮𝘀𝗵𝟭.𝗖𝗼𝗺
sekek83013
I've made $64,000 so far this year working online and I'm a full time student. Im using an online business opportunity I heard about and I've made such great money. It's really user friendly and I'm just so happy that I found out about it. Heres what I do.
:) AND GOOD LUCK.:)

Open The Link———–>>> 𝘄𝘄𝘄.𝗡𝗲𝘁𝗖𝗮𝘀𝗵𝟭.𝗖𝗼𝗺
saval26155
Home-based job that pays more than $17,000 per month by doing simple tasks on a laptop or mobile device part-time. Last month, I earned $16783 from this job by working 4 hours per day online. Very simple jobs to do, and the earnings are insane. Everyone can now make more money online by joining the website listed below….. RIGHT HERE —————-> 𝗪𝘄𝘄.𝗦𝗺𝗮𝗿𝘁𝗝𝗼𝗯𝟭.𝗰𝗼𝗺
vetib37189
My last month paycheck was for 11000 dollars… All i did was simple online work from comfort at home for 3-4 hours/day that I got from this agency I discovered over the internet and they paid me for it 95 bucks every hour…. for more info visit any tab this site Thanks a lot
==>=>) 𝐰𝐰𝐰.𝐁𝐨𝐨𝐬𝐭𝐞𝐫𝐬𝐭𝐚𝐫𝐭.𝐜𝐨𝐦
welopeb418
I’m making over $17k a month working part time. I kept hearing other people tell me how much money they can make online so I decided to look into it. Well, it was all true.
This is where i started… 𝐰𝐰𝐰.𝐑𝐢𝐜𝐡𝐣𝐨𝐛𝐳.𝐜𝐨𝐦
njvrzfgal
I am making a real GOOD MONEY ($550 to $750 / hr) online from my laptop. Last month I GOT chek of nearly 85000$, this online work is simple and straightforward, don’t have to go OFFICE, Its home online job. You become independent after joining this JOB. I really thanks to my FRIEND who refer me this SITE…..,