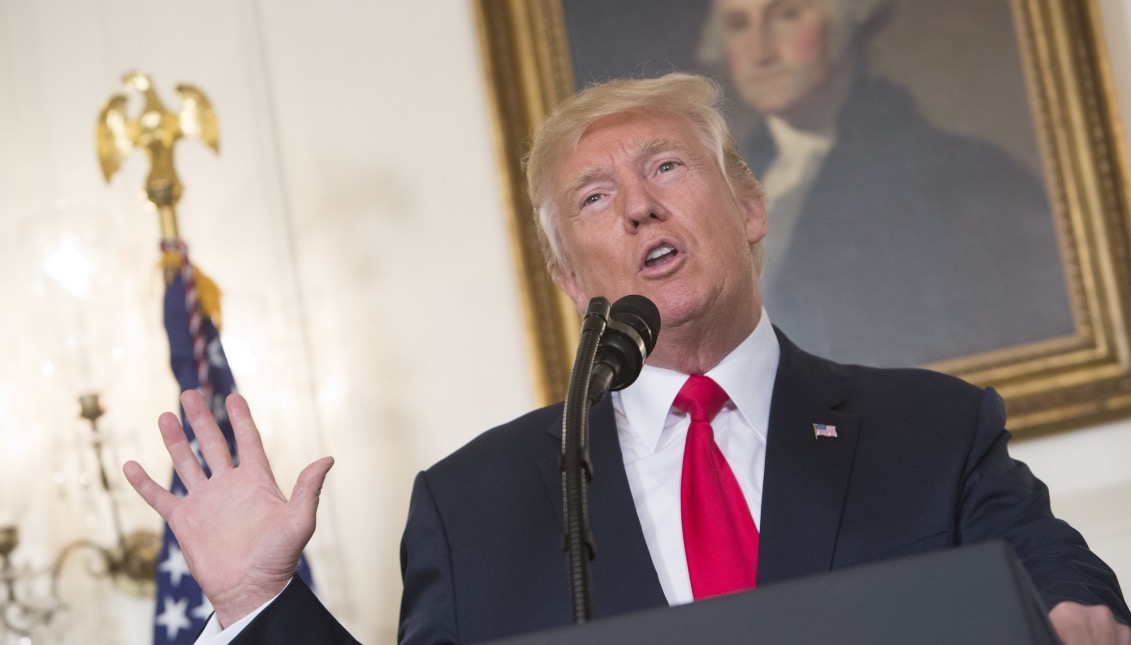 If you were surprised by Donald Trump’s moral cowardice in his passionate defense of Nazis, bigots, white nationalists, Ku Klux Klan and other similar scum,…

If you were surprised by Donald Trump’s moral cowardice in his passionate defense of Nazis, bigots, white nationalists, Ku Klux Klan and other similar scum, that is, the infamous cesspool known as the alt-right, you must have been living under a rock for a long, long time. Remember the “Mexicans are rapists” remark during his campaign for the Republican candidacy?

As Heather Heyer wrote in her last Facebook post: “If you're not outraged, you're not paying attention.” Heyer, 32, was the young woman murdered by a Nazi sympathizer who drove his car into a crowd of anti-fascist protesters in Charlottesville, Virginia last Saturday.

Yet, despite the murder of Heyer and the violence provoked by the fascist marchers, Trump, revealing once again his true, bigoted inner core, had this to say: “I think there's blame on both sides. And I have no doubt about it."

Well, no, Mr. Trump, you are wrong. It’s not just that your bigotry and lack of decency continue to empower fascist marchers such as those who murdered a young woman, and which columnist Rubén Rosario described like this: “Mostly Tiki torch toting, Polo shirted, Docker pants wearing ‘oppressed’ angry white males and Trump supporters who rallied this weekend. Ramming a car into people. What bravery and courage. I'm actually surprised some packing idiot did not let loose other than that killer crazed car driver from Ohio.”

It is also that, as any decent human being would understand, there are not two sides to this story, there is no equivalency between those who, no longer hiding their revolting selves under white hoods, staged a march to exhibit their hatred for blacks, Jews and Latinos, and those who came to oppose them by demonstrating their love for peace, equality and inclusion.

After Trump’s repugnant remark, the fact that it wasn't “economic anxiety” what elected Trump, but pure, unadulterated racism, is as obvious as that Hitler was the founder of the Nazi ideology the Alt Right marchers so enthusiastically embraced in Charlottesville.

You may have asked yourself how is it that a crass, ignorant, money-grabbing, compulsive liar without minimal qualifications or experience was elected president. Well, after Charlottesville the answer is clearer than ever: Those weren’t important considerations for the people who elected him.

“He's white, and for all his shortcomings, 34% of Americans feel that’s all he needs to be: not smart, not compassionate, only white....” someone wrote in Facebook, hitting the nail on the head. And I add, a racist of the worst kind.

As New York writer TJ English has said, “Mosque bombing last week, white supremacist march this week, rich man bigot in the White House each and every day... Reminds me of the old Reagan campaign commercial: ‘It's morning in America again...’”

No matter what the bigot in chief says, the lesson from Charlottesville is powerful and undeniable: Never, never, never unity with hateful white supremacists, the KKK, racists and Nazis, the people who elected Donald Trump.