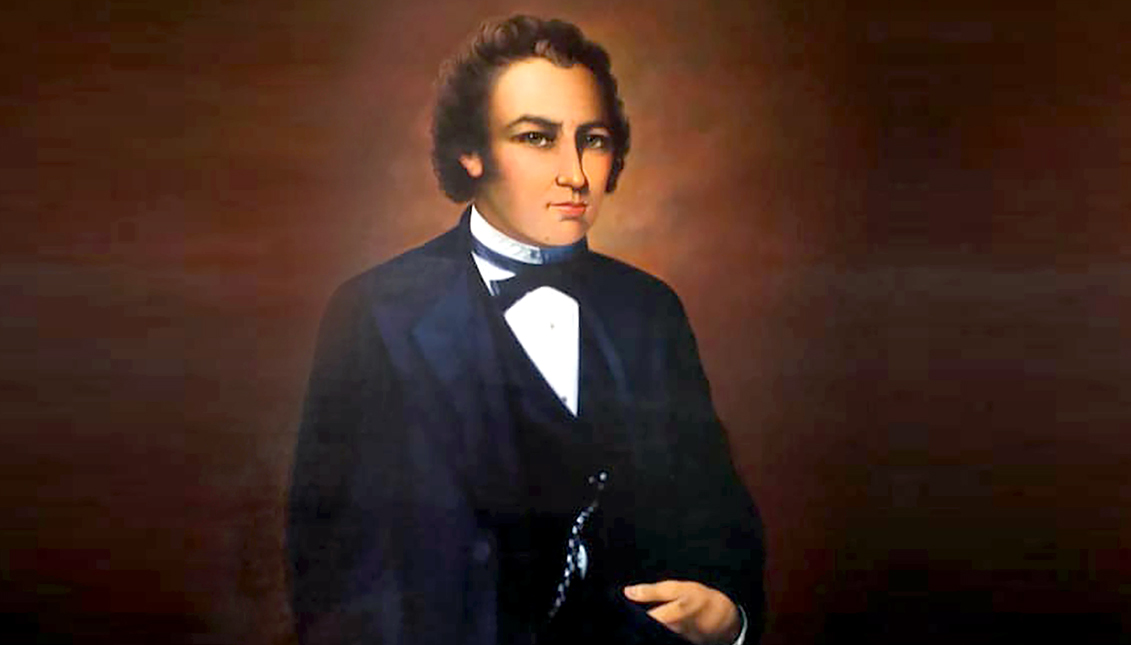 An original painting of Manuel Torres, painted for the occasion by Colombian Painter Miguel Torres (no relationship) will be on display at the Union League this coming Friday. This is the first original on the Colombian diplomat painted over the past 200…

Grit, determination and perseverance is in the DNA of our city— in sync with a Hispanic Heritage quietly fueling today its Renaissance as a Global City.

I was bruised and battered, I could Tell What I Felt..
I Walked the Avenue, ‘Til my Legs Felt Like Stone..
I Heard Voices of Friends Vanished and Gone..
Ain’t no Angel Gonna greet me.
It’s You and I, My friend..
~“Streets of Philadelphia” by Bruce Springsteen

During the British colonial times in the Americas there was a city on the Eastern Seaboard that had grown bigger than any other.

It was William Penn’s “Holy Experiment,” laid out by the Quaker leader in between the Delaware and Schuylkill rivers, providing fertile land to those who followed him and his vision to build a settlement of houses along the straight lines drawn by him North to South, along what he called Broad Street and East to West, on Market Street, in an exact angle of 90 degrees.

The village grew through commerce, craftsmanship, and entrepreneurship of its residents into a busy port, trading not only goods, but also books and pamphlets printed here, and the ideas that circulated in them, as new residents coming from all over settled in — including notorious individuals like Benjamin Franklin, in 1723, who came from Boston, or Thomas Paine, who arrived in 1774 from his native Scotland, or Manuel Torres, who arrived later on from South America in 1796.

This diversity made Philadelphia at the end of the 18th century not only the largest city of the British Empire of American Colonies, second only to London, but also the capital of a new nation, the United States of America, destined to become the biggest economy in the world.

A movie called Philadelphia, released in 1993 — 200 years later— and a song, commissioned for the film, “The Streets of Philadelphia,” by Bruce Springteen — would remind the nation that Philadelphia still existed, after disappearing from the national scene for 100 years. Still, a rough town, “Stormy, Husky, Brawling; City of Big Shoulders,” as Carl Sandburg imagined his industrialized Chicago.

The city, however, had fallen into oblivion, as demographic and economic decline set in at the end of the 19th century and most of the 20th. We lost nearly 1 million residents during that dark period.

Philadelphia’s grit, determination, and spirit of perseverance confronting the worst of the circumstances — the very traits that made Philadelphia a Global city in the 18th Century — have come back since the end of the 20th century and the beginning of the 21st. Today we are home to a very diverse population of 1,603,797 inhabitants, on our way to the 2 million we were in the middle of the 20th Century. This time with immigrants from every corner of the world.

"Wise men, tolerant men…. put down on paper simple, self-evident, common-sense truths in the city of Philadelphia 200 years ago.."

As actor Tom Hanks put it in 1993 when receiving the Oscar as a leading actor in the classic movie Philadelphia:

"Wise men, tolerant men…. put down on paper simple, self-evident, common-sense truths in the city of Philadelphia 200 years ago.." and gave us, by the stroke of a pen, a nation that expanded from here all the way to the City of Los Angeles.

Those words, the simple principle that “All Men Are Created Equal,” reignited an eternal human aspiration that led to the creation of a brand new nation stretching from here, from shining sea all the way to shining sea.

That human aspiration, to seek “freedom and pursue happiness,” still reverberates as a deep echo in our time, 245 years later.

Why do I mention this elementary history that you probably know very well?

Well, because of AL DIÍA upcoming Hispanic Heritage Gala in the historic Lincoln Hall of the Union League of Philadelphia.

And the presentation for the first time of the national #AmbassadorManuelTorres, a hero that has been buried in Holy Ground for the past 200 years in the City that was once the capital of our nation.

This memory has personal meaning to us and we feel the duty to communicate to you, dear reader.

This event is an attempt by the AL DIA Team to make Philadelphia the natural center of the Mid-Atlantic Region, from New York City down to Washington, DC, and everything in between.

The event will attract Latino Leaders from all across this region and beyond, some of them with the influence to bring new residents and also investments into our town, not only in the form of national conventions, business visitors, and streams of tourists, from the States within driving distance, or from all the other 45 far away, to come to the first capital of the nation and discover the profound History buried in the cradle of our Democracy.

On the very ground in Old City where Benjamin Franklin, and “the Franklin of South America,” Ambassador Manuel Torres, rest in eternal peace, ready to inspire anybody who may care to read History.

New waves of immigrants have come to our city over the past 40 years and are fueling what we call a Philadelphia Renaissance, making our city one of the most cosmopolitan destinations in America today, and one with the biggest economic potential to be developed in the 21st Century.

Exactly as we were in 1776, when strangers from 13 colonies put unconventional ideas on paper, inspired a new social and political arrangement, ignited a war of independence, and gave birth to the most prosperous nation on Earth.

While we wait for 2026, when we will celebrate the 250th anniversary of that bold Declaration of Independence, let's keep the flames of this Renaissance of a Diverse City.

Until we make Philadelphia again that Light in the Hill, shining brightly from the U.S. Eastern Seaboard to all over the globe.