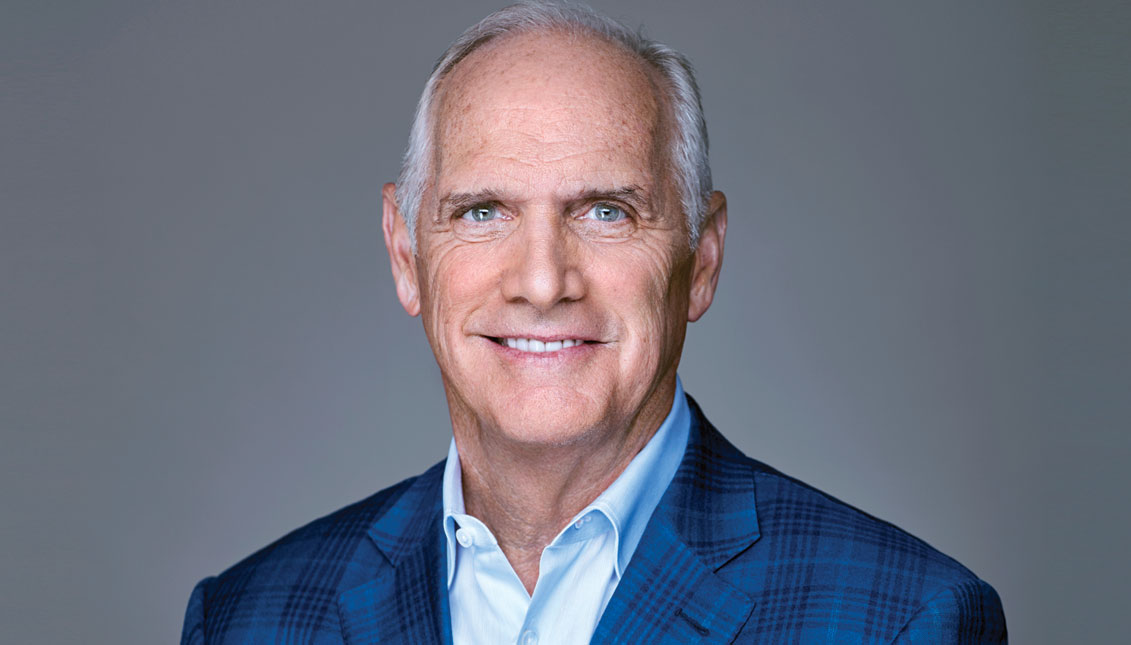 The one who leads the charge

For more than 80 years, Independence Blue Cross has been engaging people in the community and supporting innovative ways to improve their health through…

As chief executive officer of Independence Blue Cross and its parent company, Independence Health Group, Daniel J. Hilferty has overseen an incredible period of growth as the company tripled its size and expanded to 27 states and the District of Columbia – all the while keeping focus squarely on its mission to enhance the health and well-being of the community it serves.

From a 25-year commitment to the Blue Cross RiverRink to more than a quarter of a century supporting the Isaac A. Sheppard Elementary School and now two seasons with the Deck the Hall Light Show, Independence’s community efforts can be found in the numerous events, programs, and initiatives it champions every year.

Dan Hilferty shared with me his perspective on the company’s community engagement.

Our associates really drive the partnership with the Sheppard School through initiatives like Philadelphia Reads, which brings students and our company volunteer group called the “Blue Crew” together once a week for an hour of literacy coaching. And we can’t forget our favorite day each year when our associates — including Santa and Mrs. Claus plus a full choir and elves — deliver gifts and new winter coats to every Sheppard School student.

One special project in 2016 saw more than 80 people from Independence’s Latinos Con Propósito associate resource group and the Blue Crew volunteer hundreds of hours to renovate the library at Sheppard. In addition to transforming the space into a valuable, warm, and welcoming environment, our associates led a book collection and volunteered their time to organize the books by reading level. The library opened with a Spanish-language section, new furniture, and an updated book collection organized by grade and age.

We also make an impact at Sheppard and other Philadelphia schools through the Good Skates Program which brings together the Blue Cross RiverRink and the Philadelphia School District to give students a way to stay active. It is a perfect solution to the problem of getting exercise during cold winter months.

Can you tell me more about the Blue Cross RiverRink? I understand it is celebrating a 25th anniversary and that Independence has sponsored it for that entire time. How has that space evolved over the last 25 years?
That’s right. This past year, we celebrated a huge milestone — our 80th year in business in Philadelphia, and we marked our 25th year of partnership with Blue Cross RiverRink. The Blue Cross RiverRink is a family-friendly venue for kids and adults of all ages looking for ice skating in the winter and roller skating in the summer. As the hometown health insurer, we want this region to thrive as a place to live, work, and visit, and all of us at Independence are thrilled to be part of another great season of skating. I was at the Blue Cross RiverRink in November to celebrate the anniversary and announce our sponsorship of free skating on opening day. And — as we have done each year —our members skate for free every day.

When you see people riding Indego bikes everywhere, or 40,000 runners on the first Sunday in May for the Blue Cross Broad Street Run — both projects we proudly sponsor — the Blue Cross RiverRink was where our commitment to community fitness and well-being initiatives started. Twenty-five years ago, our company saw that this would be a wonderful new institution for Philadelphians. Though I don’t know if anyone imagined it would anchor a destination waterfront like we have now!

One of the newer “traditions” in Philadelphia is the Deck the Hall light show. I understand Independence is part of that effort, too?
Yes, the second season of the Deck the Hall Light Show just wrapped up at City Hall, and it was even bigger and better than the first year. Deck the Hall brought the magic of Christmas to life with a dynamic and free light show projected nightly onto Philadelphia’s historic City Hall and synchronized with classic holiday music.

We are proud to sponsor this exciting partnership between Center City District, 6abc, and Independence and to help bring City Hall to life with the sights and sounds of the holiday season.

Would you say community engagement is one of the main components of Independence, in addition to providing health care? Has it always been that way?
Our mission is to enhance the health and well-being of the people and communities we serve, and one way we do that is through reaching out to the community. We are in our 80th year, and our philosophy of giving back to the community and our commitment to Philadelphia and our five-county region has never been stronger.

At Independence, we are always working for the people of this region, and that’s one thing we want to ensure that everyone knows – including AL DÍA readers. We are working with our members to make sure they get the care they need, where and when they need it. And along the way, we have a goal to create and support innovative and fun ways to engage our neighbors and improve their health.

I mentioned the Blue Crew a few times. Let me tell you more about them because we really are so proud of the volunteer work our associates do. Since 2001, our Blue Crew corporate volunteer program has brought our mission to life. The Blue Crew is made up of our employees, and sometimes their families join the effort.

The Blue Crew supports a wide range of volunteer projects at nearly 100 nonprofit organizations throughout the region. From harvesting fresh food from the Urban Roots Farm at the Share Food Program, to preparing and serving home-cooked meals at five regional Ronald McDonald Houses, to serving as weekly reading coaches to first grade students as part of the Philadelphia Reads program, Blue Crew volunteers make an indelible impact on diverse causes. In 2018, volunteerism at Independence reached record levels of participation, a testament to our strong culture and commitment to serve and inspire!