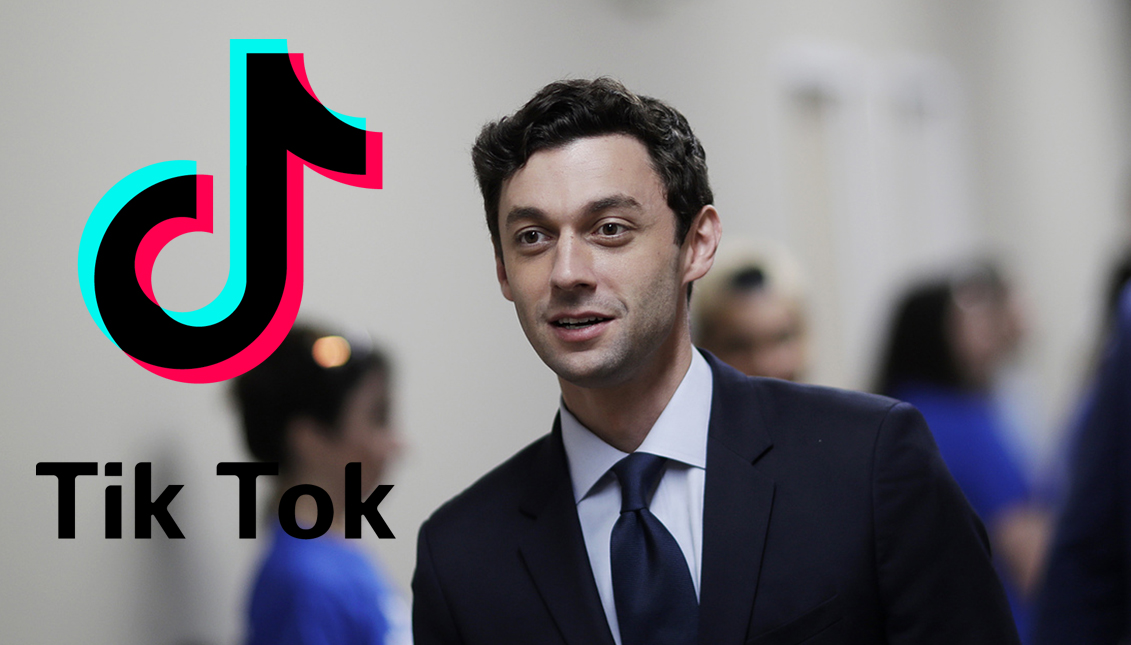 Jon Ossoff is the latest candidate to launch a political profile on TikTok to reach young voters. Photo: David Goldman/AP

TikTok has become a prominent platform for political campaigns.

One of the novel ways of reaching young voters in the 2020 election was TikTok. With Election season not over just yet, there lies substantial room for campaigns to launch micro-targeting campaigns on the platform.

Ossoff didn’t launch his profile (@jon) until the beginning of December, meaning he didn’t have the tool a month ago.

At the end of Election Week, a runoff election was called between Ossoff and incumbent Sen. David Perdue (R). The latter received 49.8% of the vote to Ossoff’s 47.8%, a slim margin that in Georgia constitutes the need for a runoff election, as candidates must reach a 50% vote threshold.

Republican Sen. Kelly Loeffler will face Democrat Raphael Warnock for Georgia’s other Senate seat. Both runoff elections will decide what party controls the Senate for the next two years.

The move to launch a TikTok account comes on the heels of a presidential election that saw the impact the platform was able to leave. From K-Pop stans selling-out a Trump rally which ultimately saw dismal attendance, to a new era of coalitions and grassroots organizing taking shape.

It’s only a matter of time for more candidates like Ossoff to see the potential of the platform. It’s highly-collaborative, incentivizes all users to create videos with the possibility of going viral, and a final key element: the vast majority of its user base are Gen Z and younger Millennials — a voting bloc that rejects traditional forms of political advertisement.

At 33-years-old, Ossoff manages to avoid the critical issue with older politicians who try to appeal to younger generations of coming off as “corny.”  At 100,000 followers and growing, he has already amassed 1.2 million likes on TikTok.

On Dec. 7, following a debate in which the incumbent senator did not attend, Ossoff poked fun at the situation with the caption, “Has anyone seen David Perdue?” It’s a follow-up to a previous TikTok post, where Ossoff gathered a collection of his best jabs at Perdue along the campaign trail.

Has anyone seen David Perdue? ##GASenate

Most recently, he encouraged TikTok users to make videos advocating to register to vote before the Dec. 7 deadline to vote in January. He then “duetted” selected videos to share with this following.

The Ossoff campaign has also said that it would start a “digital doorknocking” program where volunteers use social media DMs to reach voters to provide voting information and potentially recruit them as campaign volunteers.

##duet with @theluncheonlawyer Today is the LAST day to register to vote in Georgia’s Jan. 5th runoff!

While he isn’t the first Senate candidate to launch a TikTok — Sen. Bernie Sanders (D-VT) was the first followed by Sen. Ed Markey (D-MA) — it’s a crucial step to engaging with young voters. Not because of the form, but because it signals a hint of understanding the culture, values, and personalities of younger generations.

As with Latino voters, young voters in Georgia are expected to play a key role in widening the gap of victory.

But it could go either way, especially if candidates continue to speak to Latinos as a monolith, and if they fail to mobilize young voters in a way that translates into action.

During the general election, voters aged 18-29 made up 20% of the Georgia electorate, according to NBC exit polls.

But even with TikTok, there’s no guarantee that Ossoff can replicate Biden’s success in 2021.

TikTok has attracted the interest of campaigns. Seeing candidates like Ossoff try their own fortune on the app is interesting, but there needs to be real understanding of younger voters  if the above numbers are to work in his favor and flip the Senate.