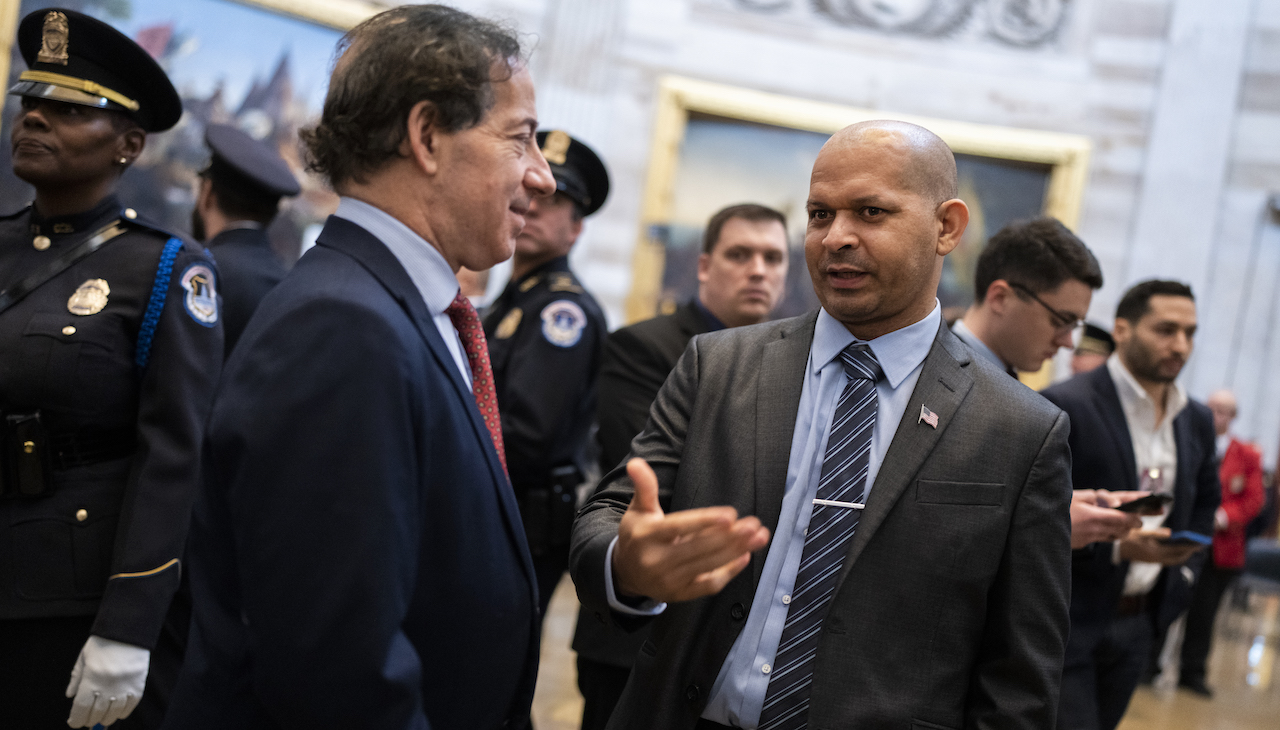 The Sergeant injured during the Jan. 6 attack on the Capitol, wrote a memoir talking about his experiences that day.

Former Staff Sergeant Aquilino Gonell is on his way to becoming a best-selling author.

The Dominican-American officer — injured during the Jan. 6 riots on the Capitol — has an upcoming memoir, American Shield: The Immigrant Sergeant Who Defended Democracy, written alongside author Susan Shapiro, that was featured on the Washington Post’s What to Read in 2023 list.

“I just notified. My upcoming Memoir made the Washington Post's What to Read in 2023 | American Shield: The Immigrant Sergeant Who Defended Democracy by Sgt. Aquilino Gonell with Susan Shapiro out on 10/2023.  I will let you know when you can pre-order,” he tweeted.

Gonell was one of over 114 reported injured officers as a result of the riots on Jan. 6, 2021, and due to his injuries, was forced to resign from his position this past December. Gonell sustained injuries to his hands, left shoulder, left calf, and right foot trying to protect Democracy.

"After speaking with my orthopedic doctor, my mental health providers, and my family, I think it’s in my best interest to take time off away from the daily reminders that keep re-triggering my trauma," he said in his resignation letter to Police Chief J. Thomas Manger.

Despite rehabilitation and immense efforts to be able to return to full health that would allow him to go out on the field again, his injuries were too severe and was forced to step away. He also cited the mental strain that kind of comeback requires as another reason to step away.

“Although my goal has been to return to full and unrestricted duty, my medical conditions are permanent,” Gonell added. “Having to return to the scene of the crime almost every day has become taxing, unbearable and not conducive to healing.”

After various surgeries to repair the injuries, and a long rehabilitation process, Gonell was able to return to work light duty, but never again was able to be where he used to be.

And despite his medical ailments, he was very active when it came to making those responsible, accountable for their horrific decision to take part in the riots.

Gonell testified for the first time at a Jan. 6 hearing for one of the many defendants on trial this past August. He recalled the horror of the night where he believed he would not make it out alive, and talked extensively about the many injuries he sustained as a result of the riots.

The emigrant from the Dominican Republic and a former Army veteran who served in Iraq, testified that the rioters called him a "traitor" as they attacked him and his fellow officers.

"For the first time, I was more afraid to work at the Capitol than during my entire Army deployment to Iraq," he said. "In Iraq, we expected armed violence, because we were in a war zone. But nothing in my experience in the Army, or as a law enforcement officer, prepared me for what we confronted on Jan. 6."

The idea of the book was first revealed this past December in an interview with CNN’s Jake Tapper on The Lead, where he went on to first announce his forced resignation as a result of his injuries.

When asked about future plans, the Dominican-American said he wanted to focus on healing completely from the injuries, as well as a book that he was working on.

The book, American Shield: The Immigrant Sergeant Who Defended Democracy, was written with the help of Susan Shapiro, an award-winning writer and professor, and freelancer for the New York Times, Washington Post, Wall Street Journal, LA Times, New York Magazine, Salon, Elle, Oprah, Wired and New Yorker, and the bestselling author/coauthor of 17 books.

The book will be hitting store shelves in October 2023.