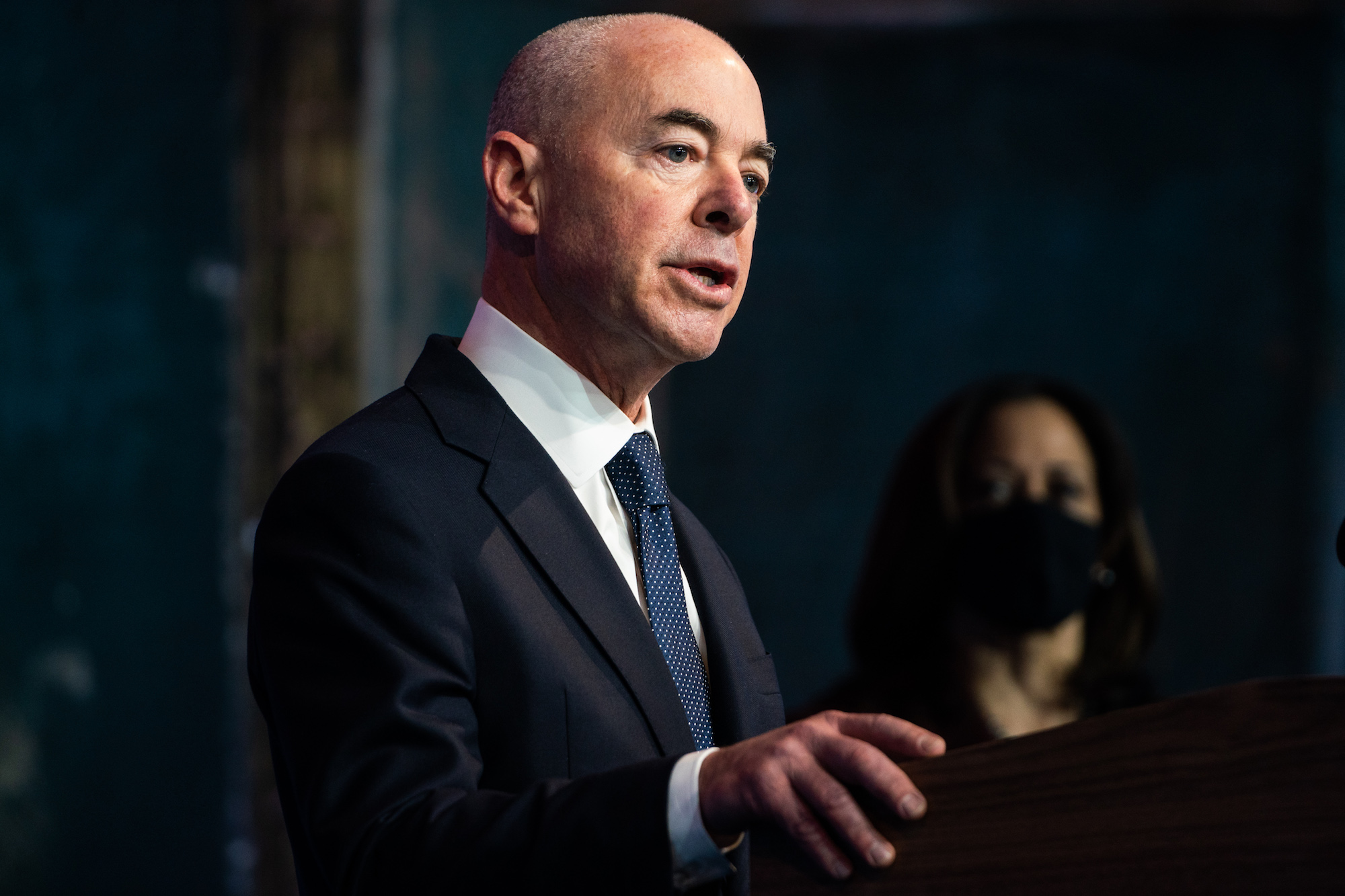 DHS Secretary Alejandro Mayorkas laid out a potential pathway to citizenship for reunited families separated under the Trump administration at a press conference on March 1. Photo: Demetrius Freeman/The Washington Post via Getty Images.

Families separated under Trump will be allowed to stay in the U.S.

DHS Secretary Alejandro Mayorkas said families that decide to stay in the U.S. will be offered a pathway to citizenship according to the law.

President Joe Biden’s Family Reunification Task Force has the challenge of reuniting some 600 migrant children still separated from their parents as a result of President Donald Trump’s “zero-tolerance” immigration policy at the U.S.-Mexico border.

Biden rescinded the zero-tolerance policy via executive order within his first days as president, and now, a little more than a month into office, his administration has announced that those families reunited under the task force will be able to stay in the U.S. and offered a path to citizenship should they choose.

The other reunification option is for them to return to their home countries.

Since the beginning of the reunification effort, Mayorkas announced that 105 families have been reunited.

As for the legal pathways available towards citizenship for families, Mayorkas was less specific. Rather than announcing a sweeping ruling that pertained to every family, he said the administration would focus on an individualized approach “in accordance with the law.”

"Our overarching goal is, of course, to be as humane as the law provides, to be as restorative as the law enables us to be to bring justice to these families," said Mayorkas.

In looking back at Trump’s immigration policies, the new DHS Secretary called their effect “the most powerful and heartbreaking example of the cruelty that preceded this administration.”

Beyond the work of the Family Reunification Task Force, further legal pathways could be included as part of President Biden’s U.S. Citizenship Act of 2021.

The bill, introduced on Feb. 18, would lay out an eight-year pathway to citizenship for millions of immigrants already in the country and a faster route for undocumented immigrants brought to the country as children.

It would also update terminology used in all U.S. immigration laws, provide more funding for immigration judges, create a commission to improve worker verification, and work with Central American countries to formulate more effective refugee processing, among other initiatives.

The legislation is ambitious, and has a lot of hope behind it from activists, but has an uphill battle to be passed with a slim Democratic margin in the House and without the 60 votes needed in the Senate.

At the same time, there are a number of standalone bills that address different portions of the act. Whether pathways are addressed in any of them for reunited families is yet to be determined.