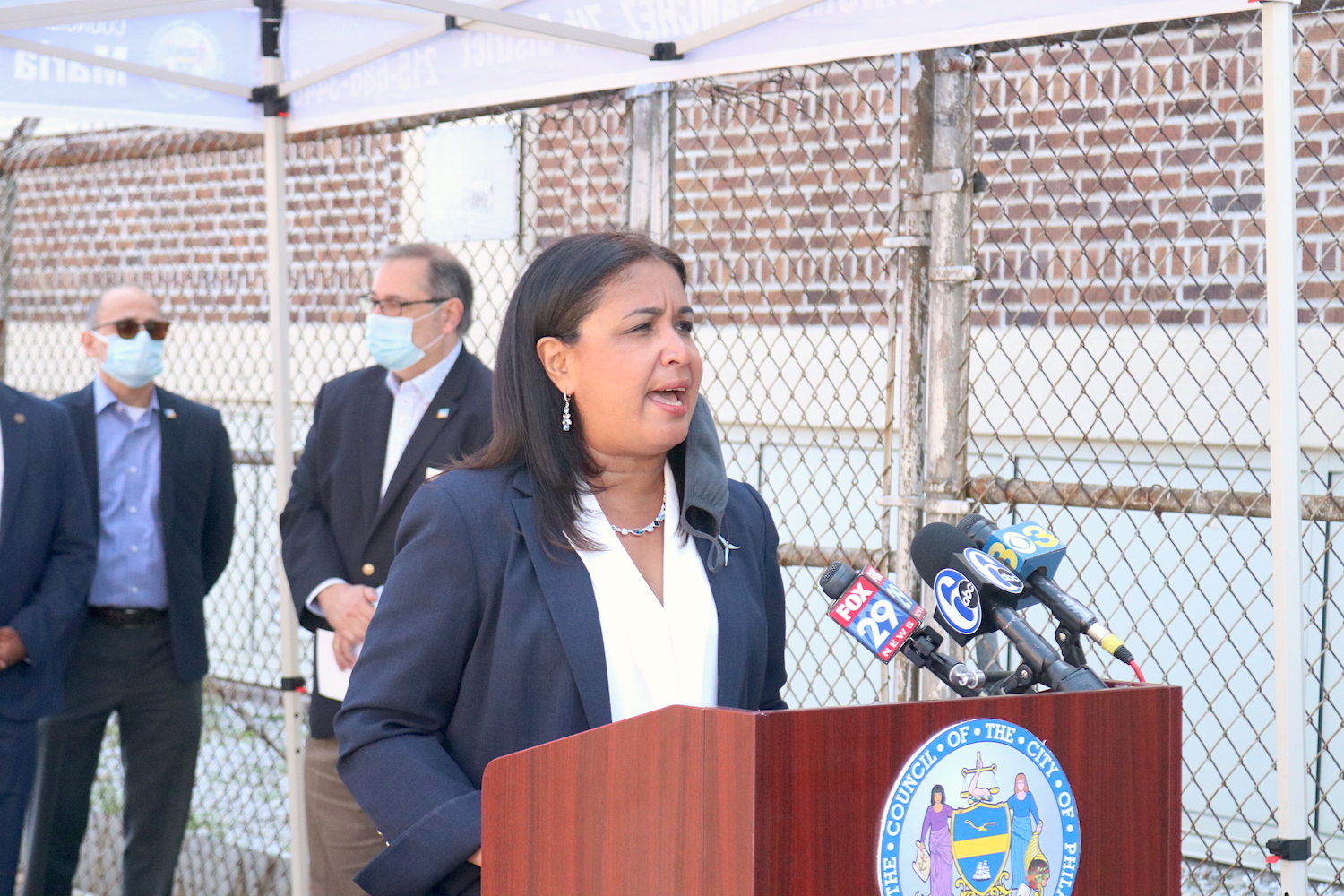 The leaders that made it happen were there to unveil the site on April 8.

Esperanza is now the second federally-supported community mass-vaccination site in Philadelphia, and will officially open to the public on Saturday morning, April 10. It will deliver approximately 1,000 vaccinations per day, but it wouldn’t have been possible without relentless efforts by Esperanza’s Reverend Luis Cortés or Councilmember Maria Quiñones Sánchez.

Esperanza’s location and reputation within its community is vital. Its accessibility and connection to the North Philadelphia community is what will make a site like this successful. It’s not an unfamiliar pop-up run by new faces, or a mass-vaccination site miles away, in a foreign part of town.

These connections to the hardest-hit regions in the city will make the difference in a community where there are essential workers and seniors in hard-to-reach districts, who face transportation challenges to get to the vaccination site, and those inhibited by language barriers to find a vaccine near them.

Finally - North Philadelphia's Esperanza (@esperanza_us) will host a mass-vaccination site after weeks of advocacy and working with officials.

“We have a lot of work in front of us but we are all committed in a very unified way of ensuring the successful implementation of and access that this important FEMA center is going to offer,” Quiñones Sánchez said at a press conference at Esperanza on April 8.

She noted the site's capacity for taking walk-up appointments, which is particularly important to North Philadelphia.

The Esperanza site will also not run into an issue of equity because of its visibility and access for the people it’s meant to serve.

“Esperanza is the most appropriate site to host this,” she said, acknowledging the team that made it possible. 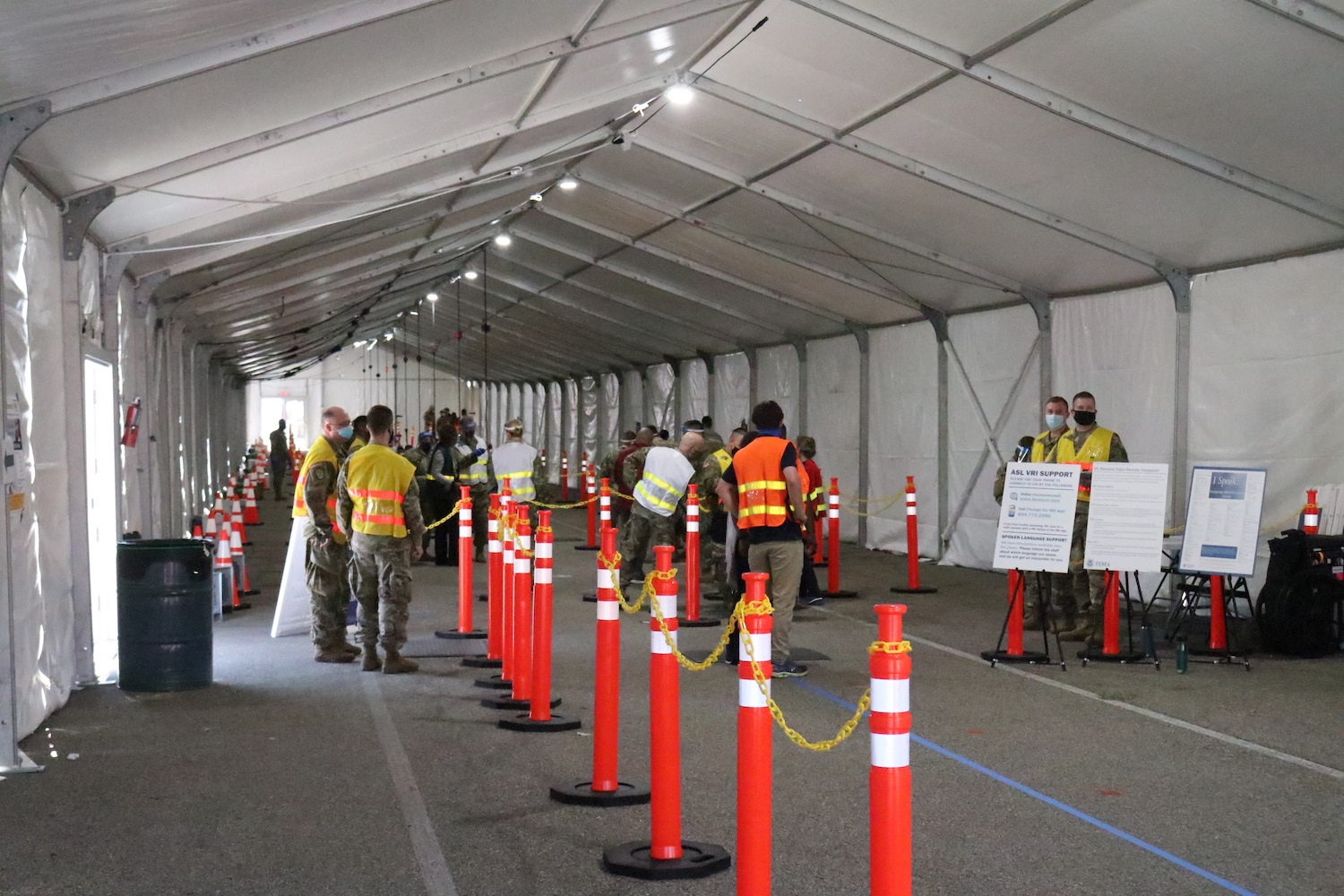 Esperanza has been fighting the issue of unequal access to both vaccines and Covid-19 testing for months. Quiñones Sánchez recalled when it collaborated with the Black Doctors Consortium in the first months of the pandemic, and even to spread information and access to the surrounding community.

“Because ultimately, we’ve got to meet people where they are and sometimes it is at their doorway, at the supermarket, it is on the street that you are able to talk to folks honestly around the importance of vaccination,” Quiñones Sánchez continued.

A site like the one at Esperanza didn’t happen with ease, Reverend Cortés made that much clear.

“There’s a lot of negotiating that goes on behind the scenes, and I’m thankful that we have the opportunity to have a site in North Philadelphia, a donde hablamos español, where we are able to meet the needs of the local community.”

“The Hispanic community is the least vaccinated community of Philadelphia. We have some obstacles that are major obstacles in language, in culture, in mistrust, of government. By opening here, we’re beginning — it’s just the first step,” he said.

“What we’re doing here still will not get us to equity as it relates to the rest of the city,” Quiñones Sanchez said. “In some of the zip codes that we are trying to address for this vaccination site, whether it’s 19124, 19140, 19133, what we’ve seen is a positivity rate that from the beginning has been between 20 and 30%.”

She said this has been her district’s reality since the beginning of the pandemic. 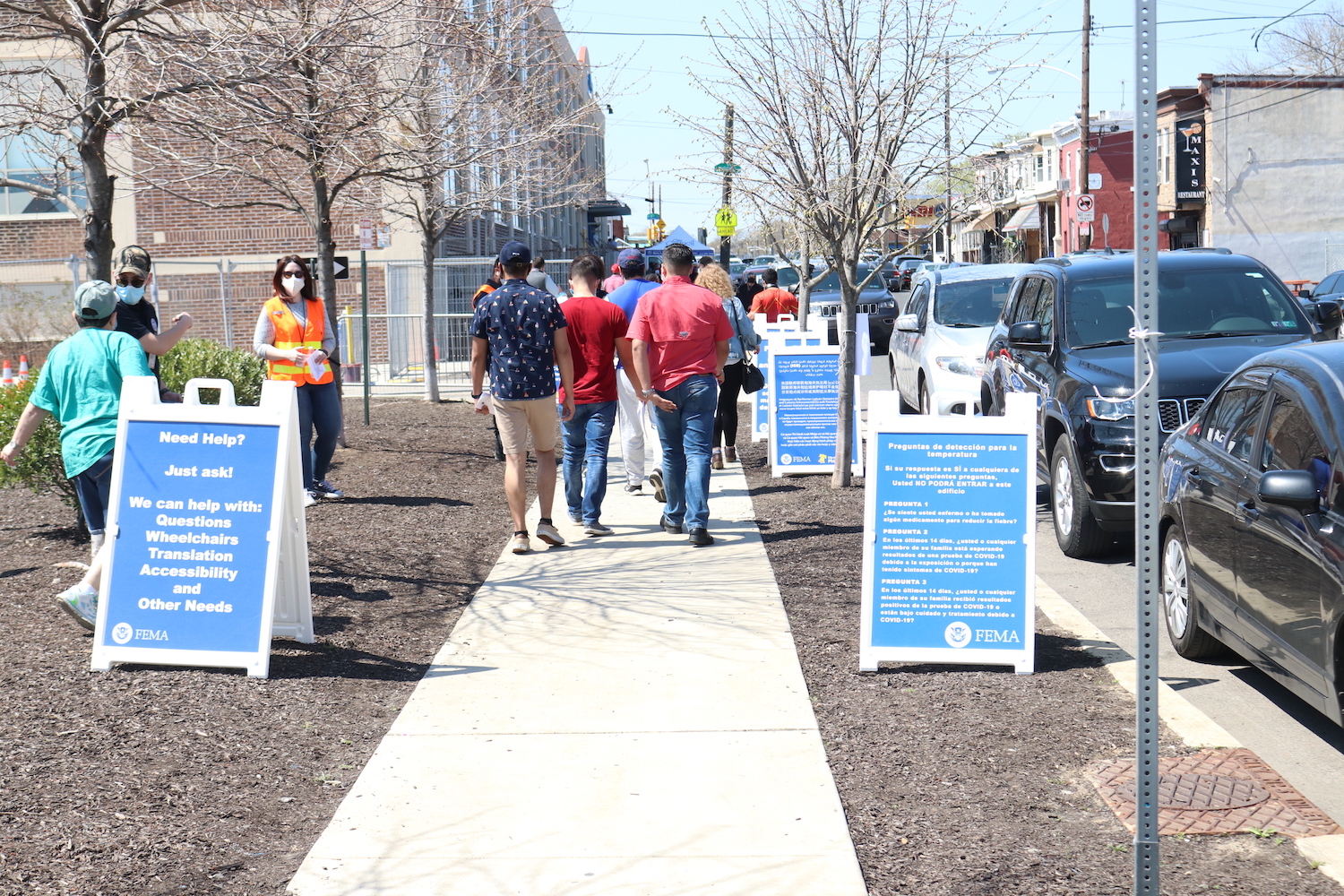 For now, the vaccination site at Esperanza is scheduled for eight weeks, and if there is need, Rev. Cortez said there may be a longer period of vaccination. Currently the site is administering the Johnson & Johnson vaccine, but it will change depending on what the city receives from the federal government. Philadelphia's vaccine allocation is separate from the logistics support provided by FEMA to run the community vaccination site.

Both Rev. Cortés and Quiñones Sanchez said that opening the vaccination site is just the first step. Now their efforts will be focused on getting the word out.

“We now have to take the communication steps that  are going to be necessary so that our community will be able to come out in trust and get vaccinated," Cortés said.

Editor's Note: This story has been updated with some factual corrections from FEMA: The Esperanza site will administer approximately 1,000 doses a day as opposed to the previously mentioned 1,500-2,500. It will also operate for eight weeks as opposed to 10.
TAGS
Log in | Register
00:00 / 00:00
Ads destiny link