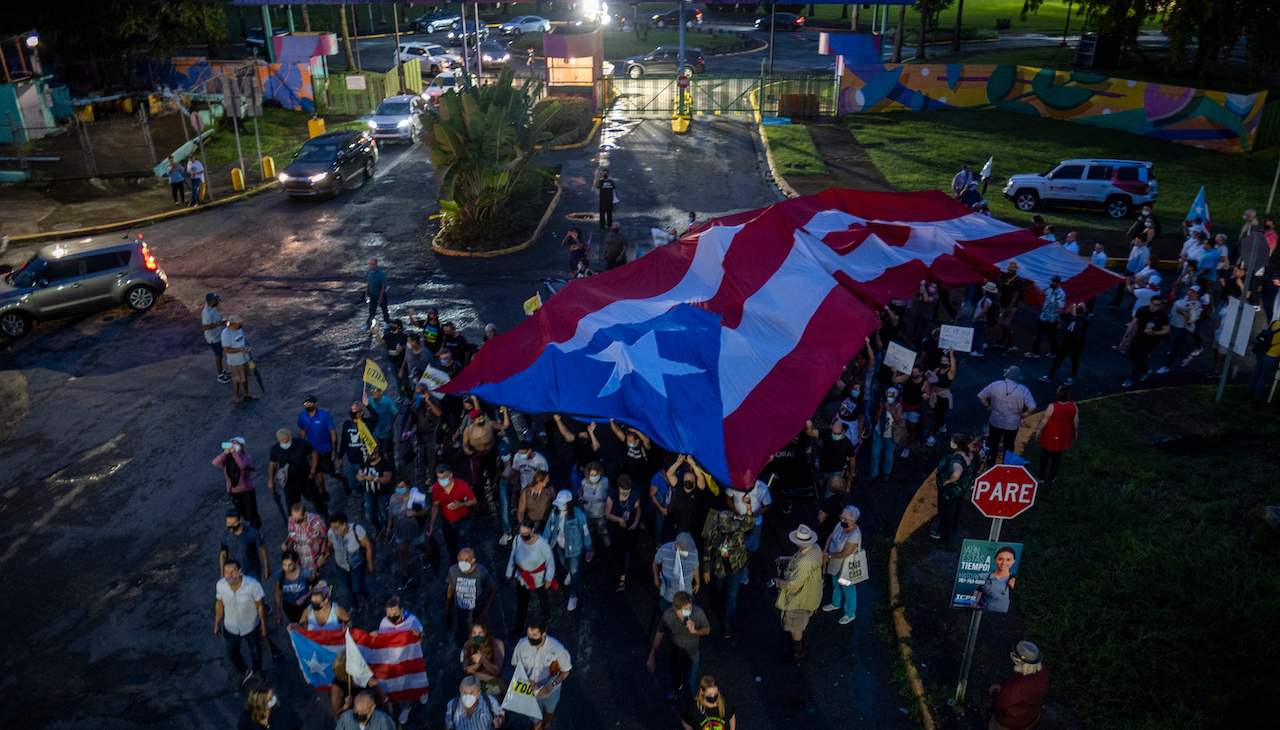 Puerto Rico Governor exerts full force of the police on peaceful protesters, members of the press

The altercation follows a peaceful march on the surrounding premises of the capitol building, flooding the historic Old San Juan neighborhood.

Growing frustrations over failures by Puerto Rico’s power utility apexed on Thursday, Aug. 25 as locals took to the streets in large numbers to gather in protest peacefully. They demanded the government cancel all active negotiations with LUMA, but what began as a peaceful call to action resulted in a grim scene as footage shows violent altercations with the police.

In the late afternoon, marchers began to arrive at Calle Fortaleza in Old San Juan, a small narrow road that serves as a private entrance for government employees. In the hours that followed, large crowds flooded Puerto Rico’scolonial neighborhood to decry LUMA’s haphazard approach to a precarious energy grid.

The protests follow a series of blackouts that rendered families, businesses, and hospitals powerless for an indefinite amount of time. One report shows a nonfunctional hospital after outages damaged the institution’s emergency generators.

Around 9:10pm the pediatric wing at Auxilio Mutuo in Hato Rey, private hospital in Puerto Rico, lost 💡.
This comes after a week of non stop power outages. According to a person at the hospital the constant outages have damaged the auxiliary generator.pic.twitter.com/Umrnmghfj2

The latest outage had been just one out of multiple, unexpected blackouts that swept the island for hours, sometimes days on end. In response to ongoing operational failures, LUMA held a press conference this week to address concerns by high-profile political figures, including PR Gov. Pedro Pierluisi.

“It is obvious to me that [LUMA] must make changes in their plan of execution to improve the service they offer our people significantly,” Pierluisi said last week in response to repeated outages.

LUMA reveals IRRI, a secretive committee composed of three engineers to overhaul management and staffing internally. LUMA executives were not present at the press conference and the announcement was given by Quanta Services, one of LUMA’s parent companies.

But Puerto Ricans weren’t convinced. As streets filled with frustrated customers, the police intervened to disperse crowds. However, footage from the protest shows a very grim encounter at the scene.

In another disturbing instance, a member of the press was assaulted by police officers. In the footage, you can hear the reporter yell “Press, I’m accredited. Press! Press! What is wrong with you?” The officer’s response is unintelligible.

“I have a photojournalist in the hospital because they put the Constitution to sleep (...) the use of force was deliberate and evil,” Aiola Virella, Editor-in-Chief for Metro Puerto Rico wrote on Twitter.

Prominent Puerto Rican journalists and activists have taken to the social media platform to denounce the government’s response to the protest, thus prompting a response from the governor himself.

“Yesterday, a group of Puerto Ricans expressed their discontent with our electric system in a peaceful manner and made good use of the rights and liberties guaranteed by our Constitutions. My respects. The few who sought to create chaos, assaulted the police, and damaged private property only affected Puerto Rico and our [people]. We should all reject those actions. All forms of assault will be investigated wherever it comes from,” Pierluisi said.

There were no reports of property damage throughout the protest, nor new evidence of assault at the hands of peaceful protesters. The governor has not commented on the footage that surfaced last night.

AL DÍA has reached out to the Governor’s mansion for comment.

Since its inception in 2020, LUMA has been a subject of political controversy, with many Puerto Ricans calling their installment an austerity effort to privatize the island’s most fragile infrastructure.

Tensions had steadily risen since then when the government began negotiations with LUMA on what felt like a hostile takeover of Puerto Rico’s already deteriorating power grid. A vulnerable infrastructure set the stage for a lucrative, million-dollar contract for the consortium’s top dogs.

But since the start of operations, service has reportedly worsened, and response time by LUMA staff has increased exponentially, thus delaying service restoration for critical services. AL DIA previously reported there had been a 50% increase from last before they helmed the utility.

AL DIA has reached out to LUMA for comment.