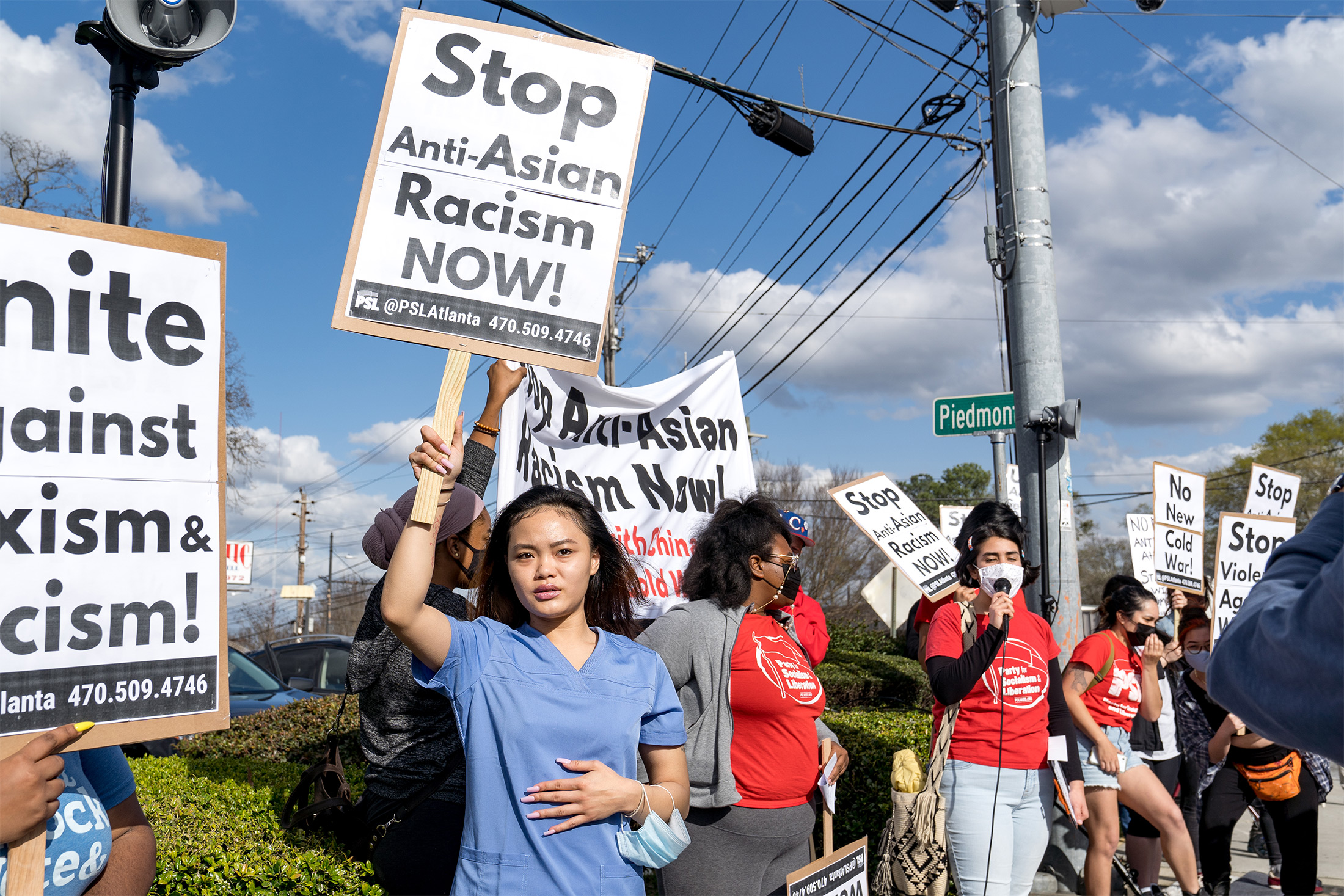 The NYPD is stepping up its support of the city's Asian-American community. Photo: Megan Varner/ Getty Images

The tactic will use plainclothes officers to patrol the communities undercover to prevent or disrupt instances of hate crimes.

The New York Police Department will be increasing outreach and patrols in Asian communities, including the use of plainclothes officers.

During a news conference on Thursday, March 25, Police Commissioner Dermot Shea said the department is sending undercover officers to the city’s Chinatown as well as other areas that have a significant Asian population, in an attempt to prevent and disrupt hate crimes.

We’ll be using officers in plain clothes and in teams to prevent NYers from becoming victims in the first place. pic.twitter.com/yyxyggeBSG

The undercover officers underwent training over the weekend and are already on patrol.

On Thursday, Chief of Department Rodney Harrison did not give out the specific number of officers on this job, but said they are all of Asian descent, and described them as a “robust team.”

Asian-Americans have been targeted with violence, discrimination and harassment all over the country and in other countries like Canada and Britain, but NYC along with California, have been hit very hard.

According to NYPD data, in 2019, there were only three racially-motivated crimes against people of Asian descent, but in 2020 there were 29 reported cases, and 24 of them were attributed to “coronavirus motivation.”

So far in 2021, the NYPD has tallied 26 anti-Asian incidents, including 12 assaults, according to the department’s Hate Crimes Task Force.

Some of these assaults include a 68-year-old man who was punched on a subway train, a 37-year-old woman assaulted while she was on the way to an anti-violence protest in Manhattan, and a 54-year-old woman who was hit in the face with a metal pipe while walking home.

Actress Olivia Munn, of East Asian and European descent, drew attention to these issues in February, tweeting about an assault of her friend’s mother in Flushing.

Video of the attack on my friend’s Chinese mother in Flushing, NY. Watch the video and look at his pic closely. Do you know this man?? Call or DM @NYPDTips at 800-577-TIPS. All  are anonymous. https://t.co/w0DZawCtFa pic.twitter.com/9LUoDjjzq2

On Tuesday, March 24, NYC Mayor Bill de Blasio said that the city’s Office for Preventing Hate Crimes and other agencies have been meeting with Asian community leaders to discuss the recent incidents.

The city also launched a new webpage — NYC.gov/StopAsianHate — through which people can report bias incidents and hate crimes. The new webpage fostered a social media campaign using the hashtag #StopAsianHate.

Join City leaders and the incoming Commanding Officer of the Asian Hate Crimes Task Force, Inspector Tommy Ng, on 3/31 at 1pm for a panel discussion on efforts to combat anti-Asian violence.

Commissioner Shea also sent out a warning to any would-be attackers.

“The next person you target, whether it’s through speech, menacing activity, or anything else, walking along a sidewalk or on a train platform, may be a plainclothes New York City police officer. So think twice,” he said.

The undercover agents will be patrolling public areas such as subway stations, grocery stores and other locations.

“If you are going to commit a hate crime in New York City, we will find you,” Shea told reporters.

The department is also adding two detectives to its hate crimes task force, hosting community forums in Asian neighborhoods, such as Flushing Queens and Sunset Park, and providing businesses and residents with posters and pamphlets printed in Korean, Mandarin and other Asian languages.

Harrison said that the Task Force, which is staffed with several officers and detectives of Asian descent, is meant to make victims feel more comfortable so that they can move forward in the judicial process and hold perpetrators accountable.

.@NYPDShea announces the retirement of Deputy Inspector Stewart Loo, a key architect of the @NYPDAsianHCTF. D.l. Loo has served NYC w/ distinction for 21 years. He will be sorely missed. The venerable Inspector Tommy Ng will now assume the role — ensuring a seamless transition. pic.twitter.com/plWfVP3hnk

A reporter from a Chinese-language newspaper that told officials on Friday, March 26 that she has received calls from readers who were frustrated that the police dropped their cases.

She said that these readers were wondering if they should start carrying sticks or small knives to protect themselves instead.

Ng responded that using a weapon has the potential to cause more harm and suggested that if people should get themselves to a safe place and call police immediately in a situation of verbal or physical violence.