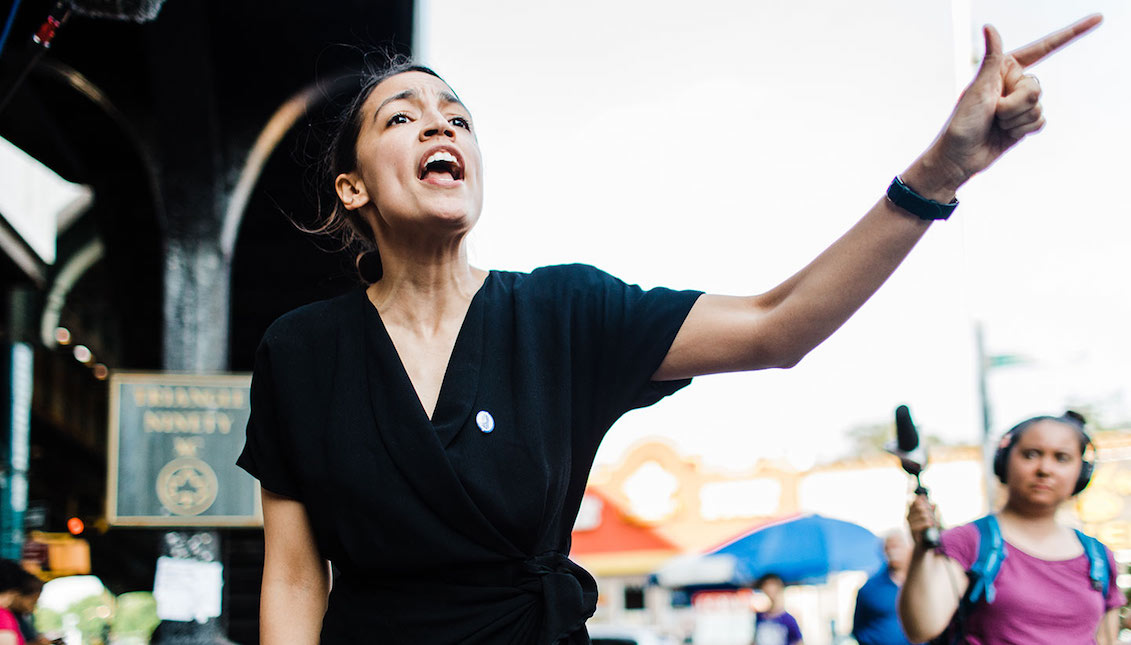 Is Ocasio-Cortez's socialism the answer in the United States?

After her impressive victory over a solid Democrat in the New York House of Representatives, the young candidate from the Bronx, Alexandria Ocasio-Cortez, has…

The midterm elections in the United States bring with them a profound ideological battle for the country. In the midst of the political revolts sponsored by President Donald Trump and the resulting social resistance, voters' decision this November will determine much of what the country aspires to become.

One of the most vivid examples of this social transformation is the recent overwhelming victory of Alexandria Ocasio-Cortez over the longtime Democratic Congressman Joe Crowley in the primary for the 14th District of New York.

With a wide margin of vicotry, a grassroots community political system, and the support of young, first-time voters, Ocasio-Cortez has become the model Democrat with the most traction on the East Coast of the country.

But it has been her political ideology that has caught the attention of critics, followers, and undecided alike.

During an interview with NBC on Sunday, the candidate said "she embraces the Democratic Socialist label," making a profound distinction with the fact that it "is part of what I am; it’s not all of what I am."

"I’m not trying to impose an ideology on all several hundred members of Congress," she added. "But I do think that, once again, it's not about selling an 'ism' or an ideology or a label or a color. This is about selling our values."

During her appearance on the "Late Show with Stephen Colbert," Ocasio-Cortez assured the American public that "for me, Democratic Socialism is a principle in which, in a modern, moral and wealthy society, no person in the United States should be too poor to live. It's pretty simple."

Her affiliation with the Democratic Socialists of America (DSA) greatly increased the party’s popularity after her victory, according to party program associate Lawrence Dreyfuss, as told to the Daily Beast.

"The organization saw a surge of 1,152 new memberships on Wednesday, about 35 times more sign-ups than on an average day," according to the report.

The DSA originated in 1982 and has been defined as a "multi-trend organization" with democratic-socialist, left-social orientations with a focus on working communities in the United States.

During its trajectory, DSA’s militancy has been deeply antagonistic toward neoliberal economic policies, and it has remained on the sidelines of the bipartisan debate in the country precisely because of an historical aversion to the word "socialism" that has existed in the U.S. since the Cold War, after the collapse of the Soviet Union and the failure of weak models such as the ones that emerged in Cuba and Venezuela tainted many Americans' perception of socialism.

According to Bloomberg, "in a country where ideological labels are notoriously malleable, it is important to keep an eye on the current political platforms," instead of being carried away by the historical prejudices inherited from previous generations.

"On one hand, it's important to keep this primary in perspective," wrote columnist Noah Smith. "The turnout (in the Ocasio-Cortez victory), as usual for primary elections, was low - only about 13% of registered Democrats in the district voted. And Ocasio-Cortez’s personality, energy and identity as a young Hispanic woman might have more to do with her victory than her party affiliation."

It is precisely the political proposals of the candidate that really attracted the voters to support her. Echoing the proposals of Bernie Sanders, Ocasio-Cortez insists on the right of every citizen to have a home, medical assistance and access to tuition-free higher education.

Similarly, the young candidate of Puerto Rican origin has supported the idea of abolishing the Immigration and Customs Enforcement Agency (ICE).

Although she insists on not evangelizing Democratic supporters or their elected candidates, her proposal is not far from that of a large number of new candidates within the Democratic Party, due in large part to the widespread discontent with the ability of the established machinery to confront Trump's policies.

Let's say then that it is perhaps not traditional "socialism" that is needed to take back the reins of a country that seems turned toward a conservative extreme right that is working hand-in-hand with the Trump White House. But Ocasio-Cortez's platform is centered on a reformist proposal of the basic values of the American citizen — what Sanders once called "a long-due revolution.”