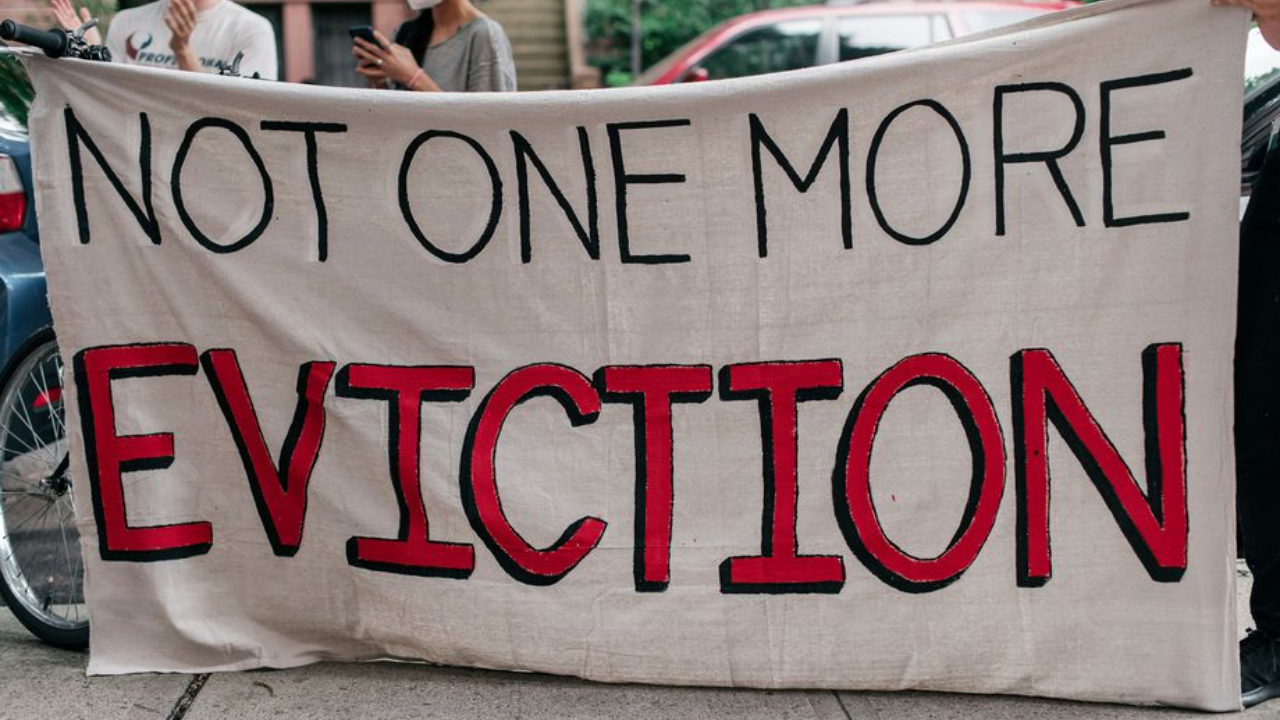 It is estimated that 14 million Americans are struggling to pay rent month-to-month amid the COVID-19 pandemic.

For nearly a year, millions of Americans have been struggling to pay their rent due to the economic crisis brought on by the COVID-19 pandemic. Fortunately, they have had some protection against losing their house through the CARES Act and the second economic relief bill.

The CARES Act, which became law last March, imposed an eviction moratorium for tenants in federally-assisted housing, or in homes with federally backed-mortgages. The second COVID-19 relief bill, which was signed in December, also included temporary moratoriums on many evictions.

But the relief was temporary. The CARES Act moratorium expired after only 120 days, and the second relief bill expired on Jan. 31.

Researchers at Princeton estimate more than a million renters have faced eviction during the pandemic — despite moratoriums.

And those affected are disproportionately Black.https://t.co/gzTInfR7Rr

The Centers for Disease Control and Prevention (CDC) has also stepped in and imposed a similar moratorium of their own, citing a federal law that allows the CDC director to “make and enforce such regulations as in his judgment are necessary to prevent the introduction, transmission, or spread of communicable diseases.”

It hasn’t been completely effective without local legislation too, but it’s been something.

On Thursday, Feb. 25, a Trump-appointed federal judge ruled that the CDC ban on evictions, which has been in place since September 2020, is unconstitutional.

“Although the COVID-19 pandemic persists, so does the Constitution,” U.S District Judge John Baker wrote. His ruling sided with the opinion of a group of property managers who argued that the ban goes beyond the power of the federal government.

imagine screaming "WE WON" in getting an injunction striking down an eviction moratorium during a pandemic pic.twitter.com/Jsczu0TWz5

Whether the CDC’s moratorium is constitutional or not, the issue now is that millions of Americans could possibly become homeless as the pandemic continues to take lives.

The Center on Budget and Policy Priorities estimated that 14 million Americans are struggling to pay rent during the crisis.

What colleges should do to address monkeypox on campus
August 10th, 2022
As COVID barrels forward, so does Monkeypox
July 22nd, 2022
The pandemic opened the doors for distance learning
July 13th, 2022

A Federal Judge just ruled that the federal eviction moratorium is unconstitutional. I say that's unacceptable. The federal government needs to step up and help people and provide direct relief now! Are we just going to throw 10 million people out on the streets...

A study conducted by a group of public health experts from universities such as Johns Hopkins and Boston University School of Public Health, found that evictions are directly tied to an increase in coronavirus cases and deaths in a particular area.

“When people are evicted, they often move in with friends and family, and that increases your number of contacts,” said Kathryn Leifheit, one of the authors of the research and a postdoctoral fellow at the UCLA Fielding School of Public Health.

Leifheit also explained that evicting people could leave them with the option of entering a homeless shelter, which can already be quite crowded.

“This is a time where it’s not an overstatement to say that for many people, eviction can lead to death,” remarked Helen Matthews, communications manager at the Boston nonprofit organization, City Life Vita Urbana.

Although Judge Baker hasn’t yet issued an injunction, he suggested that he would soon, a decision that could leave millions of Americans at risk for eviction. Advocates of the moratorium are hoping that the White House will intervene, and do so quickly.

Emily Benfer, a visiting professor of law at Wake Forest University stated that the ruling marks a major departure from all other district court decisions that upheld the moratorium as perfectly constitutional.

“The CDC moratorium is a critical pandemic mitigation measure that protects health and safety by preventing the community spread of COVID-19 due to eviction,” Benfer said.

The Biden administration must defend the CDC order in the courts and strengthen, enforce, and further extend the eviction moratorium for the pandemic duration. @dianeyentel's statement here: https://t.co/erLu8mxbBK

It’s now on the Biden administration to defend the CDC’s eviction moratorium in the courts.