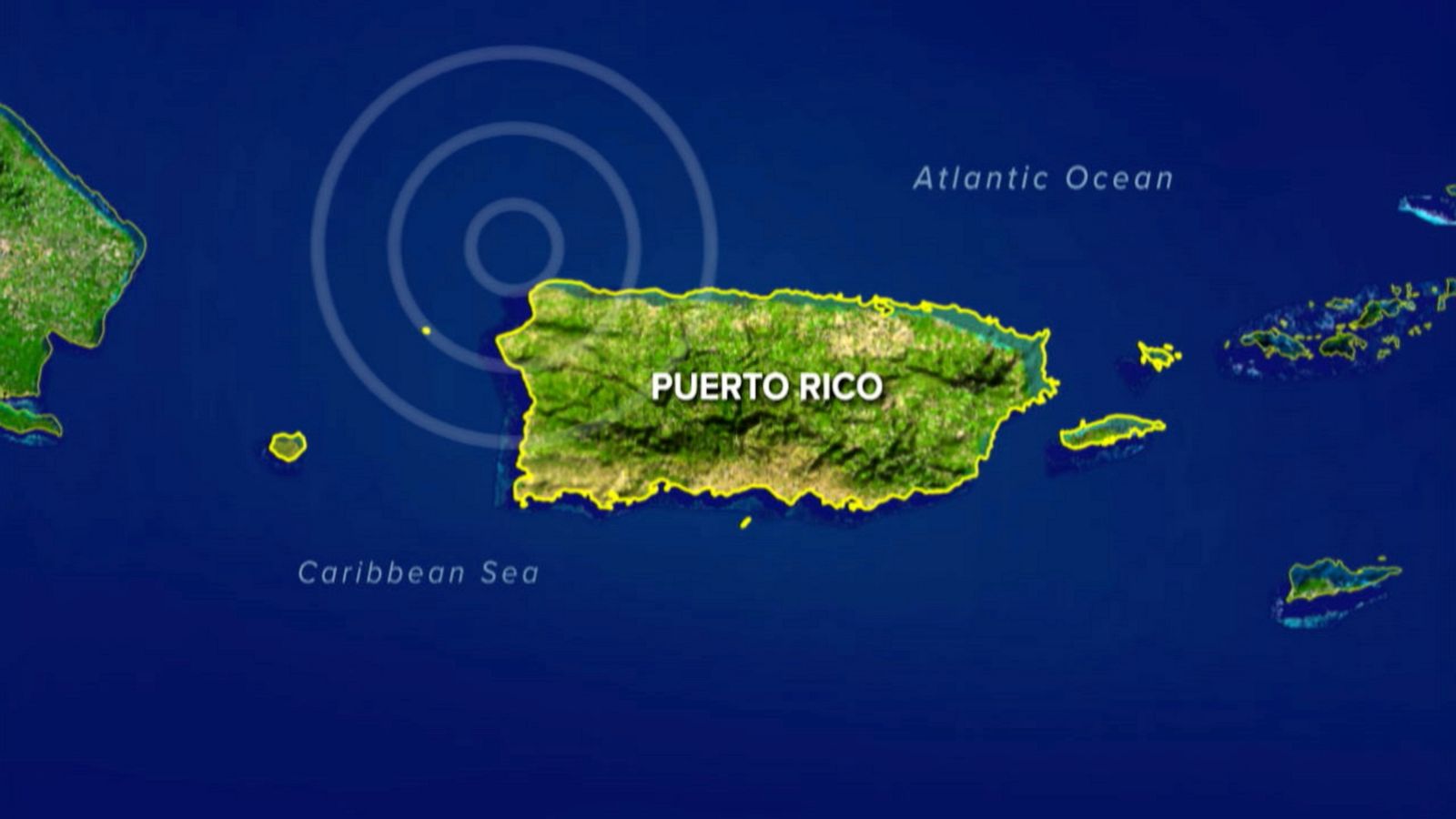 6.3 magnitude earthquake strikes off the coast of Puerto Rico

Initial reports say no one is hurt and there is no threat of tsunami for the island after the late-night quake.

Puerto Ricans bracing for Tropical Storm Karen were roused from their sleep on Monday night as a 6.3 magnitude earthquake struck approximately 49 miles off the island’s north coast.

The initial quake was followed by three aftershocks, measuring 4.7, 4.6 and 4.6 respectively.

It is the strongest earthquake to hit Puerto Rico in recent years.

Despite its size, Kiara Hernández, spokeswoman for the island’s Emergency Management Agency, told The Associated Press there were no immediate reports of damage or risk of tsunami.

The National Weather Service Pacific Tsunami Warning Center also tweeted that there was no threat of a tsunami following the earthquake.

#PTWC 01 - No tsunami threat to #PRVI from a nearby magnitude 6.3 #earthquake https://t.co/D9Q4HxPory #PTWC

Even though official reports deemed no damage, David Begnaud, a correspondent for CBS News did tweet a video on Twitter of a water main break in Mayagüez, Puerto Rico following the earthquake.

Earthquake damage: Water main break in Mayagüez which is on the western side of Puerto Rico. https://t.co/SuzBEY3oLD

The experience was also rattling for a population too familiar with natural disasters in recent years.

Mini earthquakes that aren’t felt occur on the island every day, but ones the size of Monday morning’s are said to be rare.

The last earthquake of similar magnitude was a 6.4 that struck in 2014. It not only occurred just 17 miles off the coast and resulted in more damage, but some 70 aftershocks were reported — three over 3.5 in magnitude.