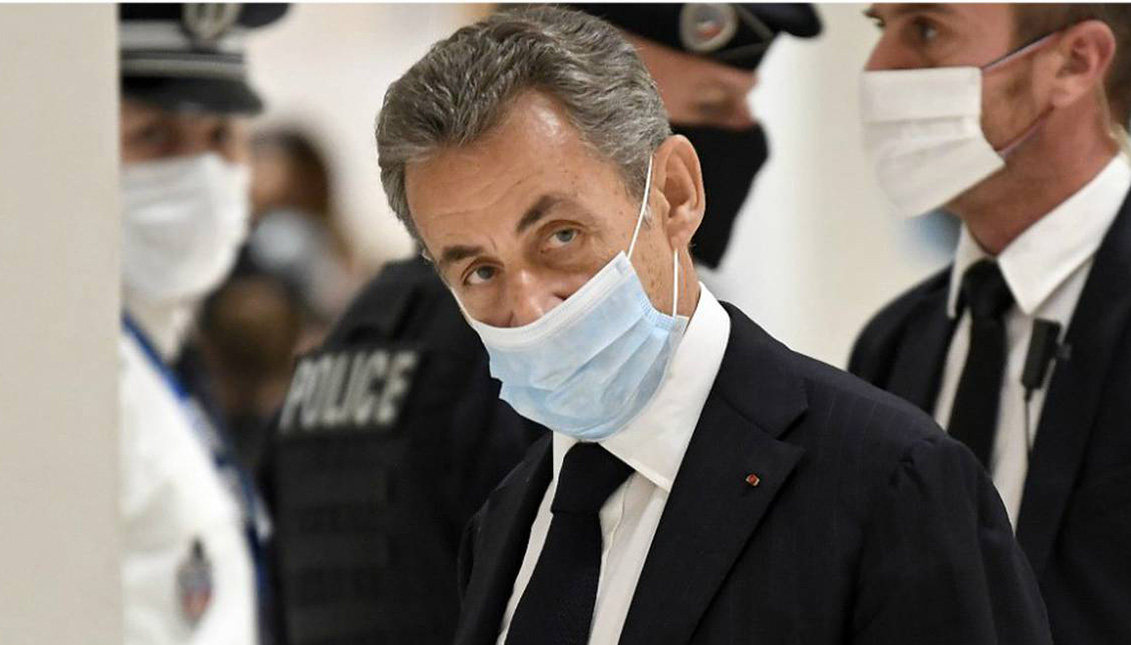 A photo on Monday that would have avoided by Sarkozy's predecessor, Jacques Chirac. Photo: EFE

The media trial of the former French president that began yesterday with an appearance by Paul Bismuth, and was soon postponed because of a no-show by one…

The beginning of what is expected to be a long trial and will mark French history had great surprises. It was an unprecedented event that allowed the French to observe one of their former presidents facing corruption and influence-peddling charges that carry a sentence of 10 years in prison and a million euro fine.

A particularly poignant moment captured in time came when a photo was taken of Sarkozy on Monday that would have been avoided by his predecessor, Jacques Chirac. Today, Nov. 24, the French public saw the same photo in newspapers of the man who led their country from 2007 to 2012, sitting as any defendant. Chirac avoided a similar fate in 2011, despite facing charges of illegal funding of his party and cited health problems.

The second revelation was the appearance of Paul Bismuth, the name used by Sarkozy to maintain a line of communication with his personal lawyer, Thierry Herzog, and one he would have used to try and corrupt Magistrate Gilbert Azibert, who was general lawyer at the Supreme Court during Sarkozy's presidency. Azibert was already investigating other cases involving the former president.

However, a few minutes after the trial began, Azibert's lawyer asked for a postponement due to his client's no-show because of health problems unrelated to the pandemic. The president of the court ordered a medical examination of Azibert to be delivered before next Thursday, when the trial resumes. The prosecution objected, arguing that he could have testified by video conference, but his lawyer said "given his age and his medical history with cardiac and respiratory problems, the doctors have advised my client not to travel to Paris in this context of a pandemic. My client is very interested in testifying in person at this trial."

The case came to light in 2007, when police investigators discovered conversations on wiretaps related to the financing of Sarkozy's campaign that year with money from Muammar Gaddafi's Libyan regime. There were also murky conversations between Sarkozy and his lawyer about the promotion of a magistrate who was handling a third criminal case in which he is also involved relating to the interference in the inheritance of Liliane Bettencourt, the heiress of the L'Oréal cosmetic empire.

In the calls, one could hear promises such as "I will help you, I will make you rise." Paul, the ex-president, offered Azibert a position in Monaco. The defense tried to overturn the wiretaps as valid evidence by considering them as part of confidentiality agreement between the lawyer and his client, but the prosecution seems to emphasize the exceptions when the lawyer himself is involved in the alleged criminal activity.

Despite all the cases and Monday's image, these are not all the proceedings Sarkozy is entangled in. When they are over, he will also have to be prosecuted for illegal financing in 2012, when he was defeated by François Hollande. For the moment, Sarkozy remains a leading political figure with his appearance at the commemoration of World War I and the appearance of his memoirs over the summer.