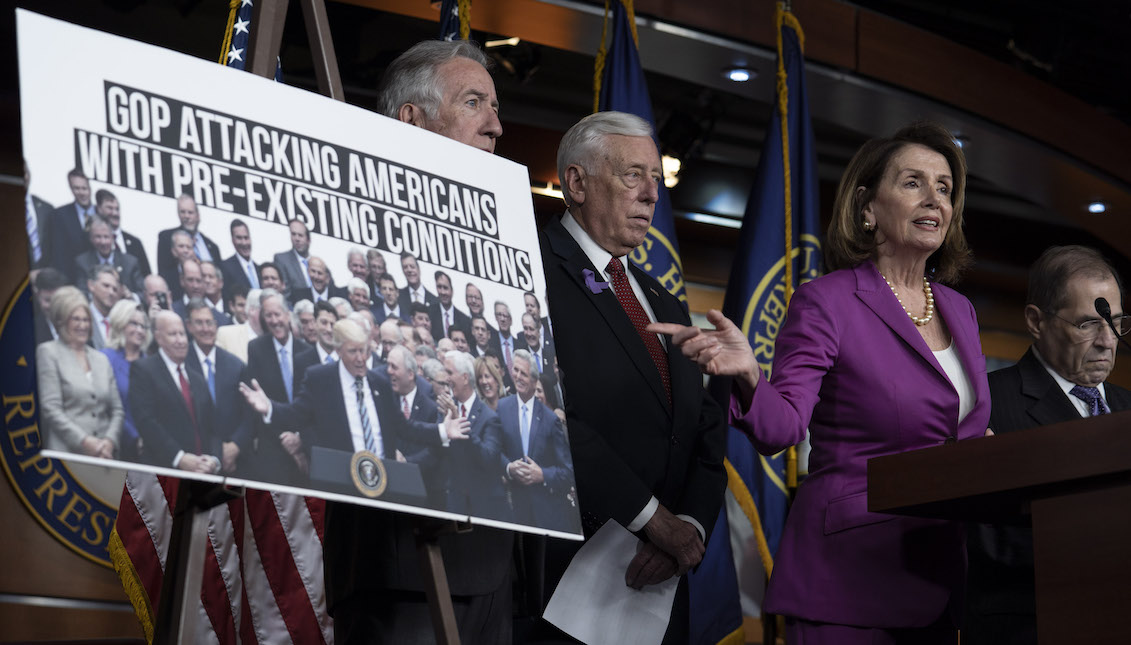 In America, healthcare is a campaign issue

Following the thread of their success in the mid-term elections, Democrats have decided to introduce a bill to save Obamacare, while the government tempts its…

The preamble to the presidential election returns to take hold at the Capitol after the president has felt "exonerated" by the Mueller report and Democrats have had to adjust course in their campaigns within the House.

This week, the Department of Justice announced that it had "changed its position" with respect to the Affordable Care Act (Obamacare, as it is commonly known).

The Department proceeded to side with a previous ruling by a federal judge in Texas and asserted that "the entire law, not just three pieces of it, should be scrapped," the New York Times reported.

This is the Trump Administration's second effort to demolish Obamacare, after having failed for the first time in 2017.

However, the Democratic majority that now exists in the House of Representatives has reinforced their positions and promised to save the law at all costs.

Before the decision of the government, Democrats revealed a proposal that "would extend the subsidies to the federal insurances and would revert the attacks of the Administration", according to Vox.

Although the new proposal intends to expand the available tax credits, reduce costs for low-income families, expand eligibility and avoid government budget cuts, the current political sphere in Congress will not allow the proposal to be approved as it is.

As a Democratic aide explained to the media, the Party is aware of the bipartisan intransigence that exists around the matter, but they will insist on trying to "approve individual dispositions" at the drop rate, exerting pressure on the Republicans and fulfilling their greatest campaign promise during the mid-term elections.

However, the risk for Americans is still there: of the 23 million people who buy health insurance through the markets established by law (which total about 11.4 million) or receive coverage through the expansion of Medicaid (12 million) an approximate of 21 million are in real risk of being left without coverage if Obamacare is rescinded.

In addition, more than 12 million low-income adults who get Medicaid coverage thanks to the expansion of the program may be affected, the Times explained.

The solution that is shuffled in the Capitol, on the other hand, is exclusively political.

While the president promises the Republican Party will be "the party of health care,” Democrats - including the presidential candidates for 2020 - insist on campaigning with Obamacare, knowing that it is an issue "that resonates more with voters than Mueller's investigation," the Associated Press explained.

If the Supreme Court decides to terminate the Affordable Care Act completely, the Republicans won’t have a replacement plan and Democrats will remain stuck in their perennial stalemate.