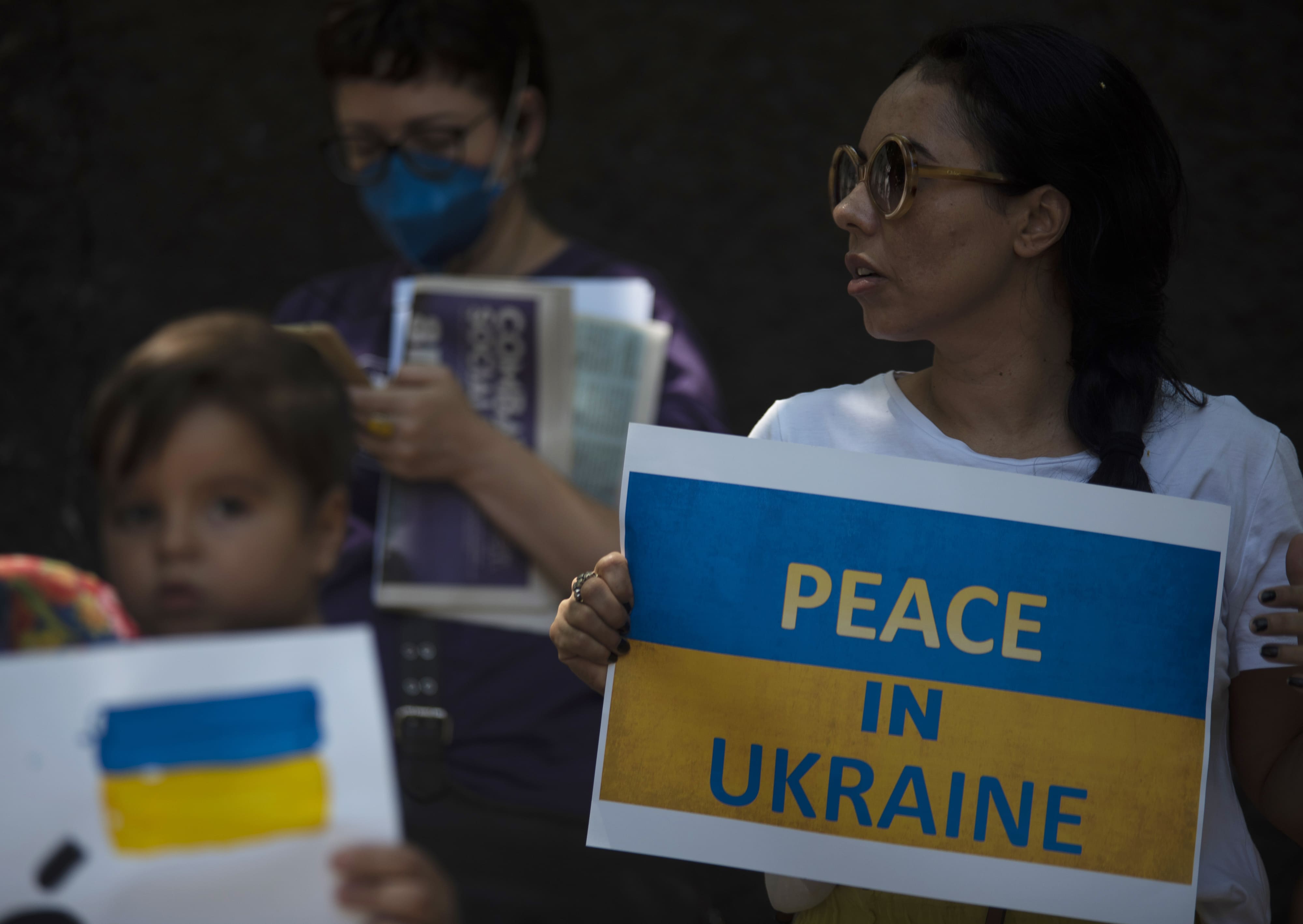 Protest for peace in Ukraine / Getty

During Stalin’s regime, 3 million Ukrainians died of hunger in the 1930s amid the collectivization of farms. Resentment still runs deep in many descendants of those who survived the Holodomor — The Great Famine — as the famine is known in history.

Today’s conflict between Ukraine and Russia stirs up the same deep fears about a latter power that fears nothing As always, but now more than ever, Europe showed up powerless to the battle.

The European Union (EU), a miracle of sovereignty made up of member States, is not competent in foreign affairs. At least, not beyond a diplomatic representation from Spain’s Josep Borrell.

Germany’s Angela Merkel, another pillar and the only leader that was capable of talking to Putin as equals, is gone. Her successor, Olaf Scholz, does not have her past nor her experience to look the Kremlin directly in the eyes and be heard.

Then there’s the United Kingdom, which carried the torch on international relations. It has stayed in its corner after Brexit. Taking the lead now in France led by Emmanuel Macron, who is running in federal elections this year.

However, the four border countries of Ukraine that are members of the EU have urged unity among its members. The 27 total member states have imposed hard sanctions against Putin himself, and aim to financially asphyxiate Russia to make it back down.

There is no way back — democracy is a European invention — and Ukraine was determined to go down that road, but Putin wanted to end those ambitions.

The fact that no European country is sending troops to support Ukraine is not a weakness, but a sign of evolution. The EU is sending the message that, in 2022, to conquer a territory it is not necessary to kill. Wars should be waged on intellectual, economic and raw material planes.

If democracy won in Ukraine, a Soviet ex-republic, Russians would probably ask why they couldn’t enjoy the same privilege. The intention behind Putin’s imperial dream has trampled the pact it signed with Western Europe after the Second World War, which stated that no frontier was to change hands with violence.

IS HISTORY REPEATING ITSELF?

If allowed to progress unchecked, the EU fears that Putin’s eagerness could reach one of its members. Poland, Estonia, Latvia or Lithuania could be the next target.

A horrific memory comes to mind: Europe did not react when Hitler invaded Poland, and his expansion took the world to its most destructive war. Meanwhile, thousands of people are leaving Ukraine and the EU States are preparing to shelter them.

In 2014, Poland received a large amount of displaced people coming from Crimea. After years and years of constant intermingling, the bonds between Ukraine and the rest of Europe are impossible to undo. Millions of Ukrainians have lived for years in other European countries.

In Barcelona, 5,382 Ukrainians live, according to the Town Hall Statistics Department. The oldest remember how entire families from Chernobyl came to Mediterranean countries to spend the Summer and take care of their health.

The doors will stay open.