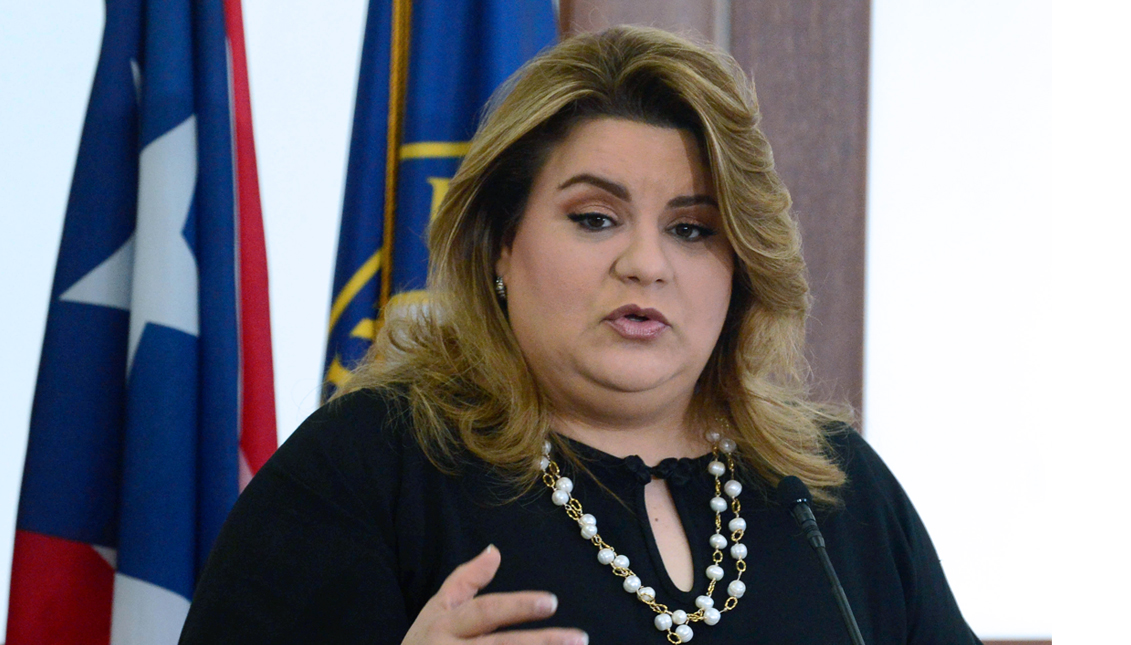 Jenniffer González omits her support of Trump in her latest push for reelection in Puerto Rico. Photo: Univision

The Republican Chairwoman for Latinos for Trump is seeking reelection as Resident Commissioner of Puerto Rico.

Jenniffer González, a Puerto Rican politician currently serving as the 20th Resident commissioner of Puerto Rico is running for reelection. González is also one of the chairs of Latinos for Trump.

At first glance, it doesn’t add up.

In recent years, Puerto Rico has faced tremendous hardship, brought on by Hurricanes Maria and Irma in 2017, and in 2020, the island was battered by earthquakes and aftershocks, decimating already crumbling infrastructure from the aforementioned natural disasters.

In regards to President Donald Trump, his administration has not adequately responded to the Puerto Rican crisis, and as Vice Presidential nominee Kamala Harris described on her visit to Philadelphia on September 17, the President even went as far as to disrespect its people during their hour of greatest need.

“We all remember when he went there after the hurricane and threw paper towels at people,” Harris said.

It’s situations like these that the people of Puerto Rico cannot forget, which is why González is putting distance between Trump and her campaign, despite her affiliation with Latinos for Trump.

González is, after all, one of the faces of the island’s politics. Though she is affiliated with Trump’s agenda, she is also pro-statehood, an issue which has been at the center of the Puerto Rican conflict for decades — statehood or sovereignty?

González is also a member of the Puerto Rican New Progressive party, also based on a pro-statehood platform.

“The strength I draw from working tirelessly in Washington comes from my love for my people in Puerto Rico,” wrote González on Twitter, accompanied by her new campaign ad.

The republican chairwoman of @LatinosForTrump just released a re-election ad with @KamalaHarris and @BillClinton. Zero clips with @realDonaldTrump.

The ad does, however, feature Vice President Mike Pence and former Republican Speaker of the House Paul Ryan..

The appearances serve to balance the ad between Democrats and Republicans, without explicitly siding with either one. This was done by omitting Trump.

Still, González’ reputation follows her, as well as her affiliations. A vast number of Puerto Ricans are not happy with the Trump Administration’s response to natural disasters, so this connection, while not made clear, has the potential to hurt her standing with the island.