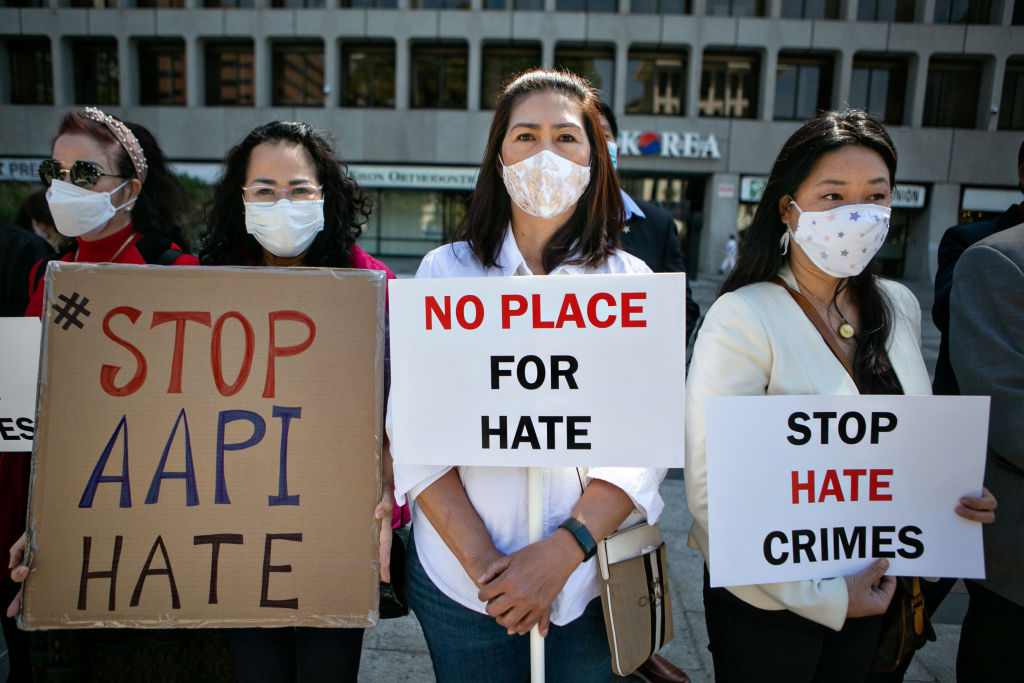 The investigation into a Chinese laboratory theory as the source of COVID-19 has spawned major conspiracy theories online. Photo: Jason Remond/Getty Images

Congress has passed the COVID-19 Hate Crimes Act to combat instances of AAPI hate, but the cases are still rising according to a recent nationwide report.

The uptick in anti-Asian hate crimes that spread across the nation as a result of the COVID-19 pandemic and anti-China rhetoric, was once a piece of major national news.

On March 5, ABC News released a 50-minute long special on the rise in attacks, entitled “Stop the Hate.” Fast forward a few months later, and the coverage of the pressing issue has begun to dwindle.

But the hostility, discrimination and assaults have not subsided.

On Thursday, Aug. 12, Stop AAPI Hate, a national coalition addressing anti-Asian hate amid the COVID-19 pandemic, released their most recent national report, revealing that anti-Asian hate incidents are continuing to rise at an alarming rate.

New @StopAAPIHate data shows 9,000+ hate incidents since the start of the pandemic. About 10% of all incidents happen in schools. What does this mean for the start of the school year. @newsy https://t.co/uLLXrsRK8X #stopaapihate pic.twitter.com/SIbZK7VlmU

In response to the crisis, Congress passed the COVID-19 Hate Crimes Act, but many AAPI leaders feel that the Biden administration needs to do more to protect Asian-American and Pacific-Islander citizens.

On Thursday, Aug. 19, more than 20 AAPI organizations sent a letter to President Biden, calling on him to further protect the community in anticipation of next week’s release of the findings of an investigation into origins of the virus.

As the administration wraps up its investigation into the origins of COVID-19, it is more important now than ever that we protect the Asian and Pacific Islander communities who continue to be scapegoated for the pandemic. pic.twitter.com/NkHN8fymdY

In the letter, spearheaded by the National Council of Asian Pacific Americans and Stop AAPI Hate, the leaders warned that the “simple existence of the report” will undeniably put AAPI communities at risk.

When the review of the virus’ source was ordered in May, many people across the country had already started to interpret it as “validation for the so-called ‘lab leak theory.’”

The 90-day investigation is set to conclude at the end of this month, and the organizations are alerting the administration that discussions on the report could exacerbate anti-Asian racism, and have urged Biden to “redouble” his efforts to combat hate and violence.

“We recognize your Administration's legitimate interest in identifying the source of this pandemic for the purpose of preventing future outbreaks," read the letter.

"At the same time, perception matters."

"Anti-China rhetoric reinforces yellow peril fears of Asians in the US and results in exclusionary policies and racial attacks,” said @RussellJeung to @LisZhou at @VoxDotCom. Read the rest at https://t.co/IjHFvQsNbf

Russell Jeung, a co-founder of Stop AAPI Hate, told NBC News that regardless of what the report says, the groups are worried that people will weaponize the results to spread conspiracy theories, further increasing the likelihood of attacks.

"That's why we wanted to pre-empt these attacks. We wanted to put the nation on alert and call on the president to put more substance in his stopping anti-Asian racism," Jeung said.

In the letter, the coalition — which includes the Asian Pacific American Institute for Congressional Studies, South Asian Americans Leading Together and the National Queer Asian Pacific Islander Alliance — called for a more thorough approach to tackling AAPI racism.

Their recommendations include funding initiatives to assist local governments and communities expand civil rights protections for AAPI communities, as well as providing multilingual information so that victims of hate crimes can receive trauma-informed and culturally relevant mental health care.

The letter stated that the majority of scientists are in agreement that the virus’s initial transmission was more likely to have arisen naturally rather than from lab experiments, but pundits and politicians have continued to use the controversial lab leak hypothesis to shamelessly scapegoat Asian-Americans for the pandemic.

Jeung told NBC News that while much of the harmful rhetoric surrounding the virus and its racist associations with the AAPI community have diminished since the last administration, the aggressive anti-Chinese policies have not.

This is why the groups are also demanding that Biden put an end to the Trump-era China Initiative, a problematic effort originally intended to counter espionage from China. It has drawn substantial criticism over multiple cases in which individuals of Asian descent, including Asian-American, were falsely accused of crimes.

In nearly half of all hate incidents reported, anti-China and/or anti-immigrant sentiments were included in at least one hateful statement, the report said.

Today, the trial against former University of Tennessee (UT) Engineering Professor Anming Hu resulted in a mistrial after the jury deadlocked and failed to reach a verdict. We urge the case against Dr. Hu to be dropped and an end to the "China Initiative." https://t.co/6MDXZPe9qg pic.twitter.com/j9VbDrNUCl

Citing the China Initiative and the forced incarceration of Japanese-Americans during WWII due to concerns that they were “disloyal” to the U.S., Jeung said, “these conspiracy theories just emerged baselessly, and people act on them."

“Mr. President, it’s no exaggeration to say that your words and actions in the weeks ahead can save AAPI lives. Please help us do that once again,” reads the last sentence of the letter.