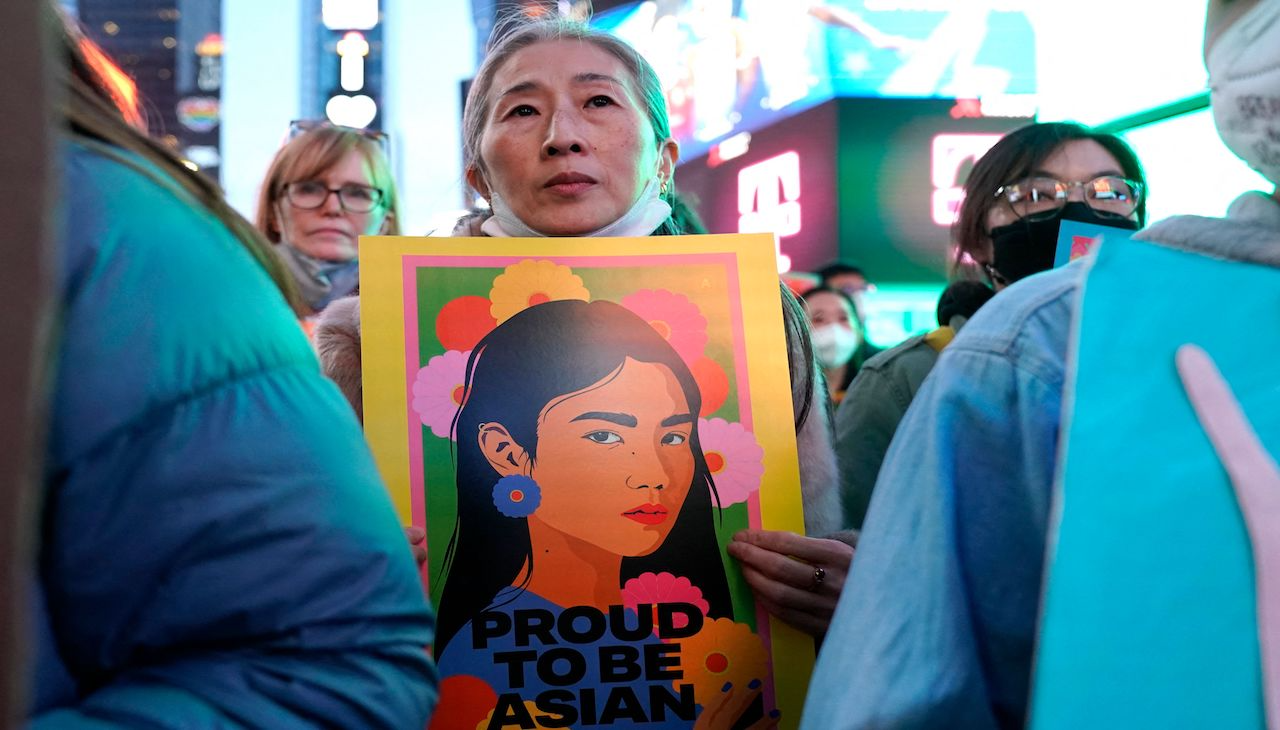 Rallies against AAPI hate have been held nationwide amid the rise in cases of violence. Photo: Timothy A. Clary/AFP via Getty Images.

Celebrated every May, the hope the month brings has been overwhelmed by ongoing violent acts seen nationwide.

On Sunday, May 8, the second week of Asian American and Pacific Islander (AAPI) heritage month, Kuldip Singh, a 63-year-old Sikh man from Richmond Hill, Queens was violently beaten during his morning walk.

Singh was approached by a man on a bicycle who pulled out a gun and demanded money from him. Singh reportedly fought back by grabbing the suspect’s arm, leading the two of them to wrestle and hit the ground.

The suspect has yet to be arrested, and the NYPD is still investigating whether or not it was a racially-motivated crime. Richmond Hill has now seen four attacks on elderly Sikh men in a span of five weeks.

Richmond Hill (New York, USA) has seen its fourth attack on an elderly Sikh man in just over five weeks.

“This recent attack is not being treated as a hate crime unlike the others. However, the violent assault continues a worrying pattern of elderly Sikh men being targeted in the area which has a significant Sikh population. Local community groups are assisting police on the issue,” the Sikh Press Association tweeted on Thursday, May 12.

In 1992, under the administration of George H. W. Bush, the month of May was officially declared Asian American and Pacific Islander (AAPI) Heritage Month.

AAPI’s have a long and significant history in the U.S., despite the widespread and intentional erasure of their contributions in public school history books, and the ongoing stereotype they face of being the “perpetual foreigners.”

Every May, this diverse diaspora of Asian American and Pacific Islander communities celebrate their cultures, languages, traditions, and the immense impact that they have made in shaping the country that we live in today.

For #APAHM, we want to amplify your voices and stories about what it means to be Asian American, Native Hawaiian, or Pacific Islander.

But for many people of AAPI descent in 2022, the ongoing surge in hate crimes against their communities have made this month feel bittersweet.

The reports range from verbal harassment, which made up the biggest share of total incidents, to physical assault and civil rights violations, with the majority of the incidents taking place in public spaces.

While these numbers are alarming, 2022 is nearing its halfway point, and the hate crimes against AAPIs have not subsided.

On May 11, an assailant ran into a Korean-owned hair salon in Dallas, Texas and began shooting. Three Asian women were injured in the attack.

This incident is just one of three similar incidents of shootings at Asian-owned businesses in the area. Police believe the crimes may be connected and hate-motivated.

3 Korean women shot in hair salon in Dallas Koreatown 💔 thinking of the victims + their families. It’s AAPI heritage month & so many of us, esp Asian women/femmes, are so so tired. And they’re saying it’s not racially motivated - oh ok.https://t.co/NdCWXhToRw

“This month our community should be feeling celebrated, not experiencing trauma, misogyny and fear. AAPI women deserve safer places,” Stop AAPI Hate wrote on Twitter, a day after the shooting.

Last March, Robert Aaron Long went on a shooting rampage at a slew of Asian-owned spas in Atlanta Georgia, killing eight people, six of whom were Asian women.

Many in the AAPI community, especially women, are still mourning the loss of people that resembled their moms, sisters and aunts. One year later, the same hate crimes are occurring, offering this community no space to heal or process, and little room to feel optimistic about the future.

The type of racial hatred that leads to these types of crimes has long been embedded into the collective mindset of non-AAPI Americans, whether conscious or subconscious.

This was highlighted perfectly by Ron Kim, Mayor of Saratoga Springs, New York. Kim, who is Korean-American, became the state’s first Asian-American mayor earlier this year.

The Southeast Asian food and cultural market in FDR Park will now have a permanent home
January 27th, 2023
Alliance between Asian Pacific Americans and Jews launches in Pennsylvania
October 3rd, 2022
RISE: Asian-American Philly at the forefront
May 27th, 2022

In a recent interview with News Channel 13, Kim detailed his experience of anti-Asian racism during his first mayoral campaign in 2009. Kim said that he was the subject of racial slurs and names referencing North Korea’s Supreme Leader, such as ‘Dictator Kim,’ and ‘Kim Jong II.’

Kim also said that his son received an anonymous insulting text message in which he was called a “g**k,” which is a derogatory term used to describe East and Southeast Asians.

On the same day that a shooter attacked three Asian women at the Dallas salon, a 24-year-old Bangladeshi student at New York City’s Hunter College was killed on a subway train in Brooklyn.

Zinat Hossain was pushed by robbers into the path of an oncoming train at Brooklyn’s Utica Avenue station. Police believe the perpetrators were attempting to steal her bag before she was pushed.

Hossain’s death is eerily familiar, and comes just four months after Michelle Alyssa Go, a Chinese American Deloitte employee, was pushed to her death in a similar fashion at the Times Square & 42nd Street Station.

Besides the obvious detrimental impact these constant attacks have on the collective health and well-being of AAPI’s, local and national media organizations are failing to cover the incidents, making people feel unsafe, unsupported, and even more invisible.

The fact that no local news is talking about the death of Zinat Hossain is beyond saddening. Imagine being a minority and the news don’t deem us South Asians as news coverage worthy.

“Why is there no news coverage on Zinat Hossain? Why did it take two days to report this? Zinat, a Bangladeshi student at Hunter College died after being pushed on train tracks. This is so heartbreaking,” a New York City resident wrote on Twitter.

Last May, the Biden administration signed legislation that addresses hate crimes throughout the COVID-19 pandemic, with special emphasis on the increase in violence against Asian Americans.

States that have seen the highest rates of hate crimes, such as New York and California, have enacted similar legislation to curb hatred and better support these communities, but it appears that this fight will be a long journey.

Anti-Asian sentiment in the U.S. was built over centuries, and putting out that fire is proving to be difficult. Ideally, it won’t take hundreds of years more for AAPIs to be truly seen, heard, accepted and valued in this country.