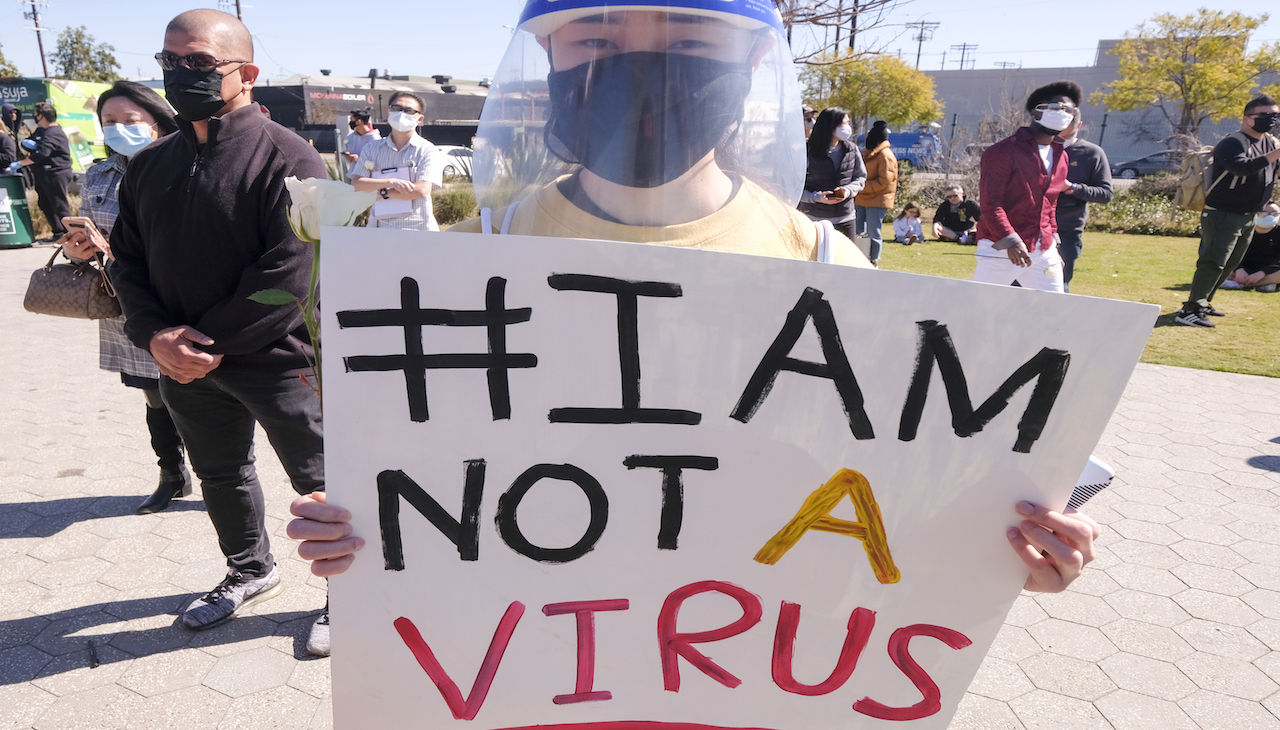 Asian Americans feel increasingly alienated and discriminated against amid an ongoing surge in anti-Asian violence.

On Wednesday, May 4, Leading Asian Americans to Unite for Change (LAAUNCH) and The Asian American Foundation (TAAF) released a new report finding that many Americans continue to falsely blame people of Asian descent for the COVID-19 pandemic.

Asian Americans make up 7% of the U.S population, but feel increasingly alienated and discriminated against amid an ongoing surge in anti-Asian violence and anti-China political rhetoric.

According to the report, 21% of U.S adults now claim that Asian Americans are at least partly responsible for the coronavirus, an increase of 11% from last year.

The study's results are especially troubling in light of the nationwide activism and awareness campaigns about anti-Asian hate.

33% of respondents also believed that Asian Americans are “more loyal” to their country of origin than to the United States, a number that also increased from last year, by 20 percent.

These statistics are tangibly felt by a large number of people in this marginalized community, as 71% of Asian American respondents say they are discriminated against in the country.

Only 29% feel that they belong and are accepted in the states, which was the lowest number of all racial groups.

Norma Chen, CEO of TAAF and co-founder of LAAUNCH, told Axios that the unceasing mistrust of Asian Americans is partly fueled by bipartisan anti-China rhetoric.

In a recent campaign ad, Ohio Democrat Rep. Tim Ryan, a U.S Senate candidate, said “It’s us vs. China. China is out-manufacturing us left and right and it’s time we fight back.”

In Texas, Republican House candidate Shelley Luther stated in a tweet that Chinese students, whom she referred to as the “next generation of CCP (Chinese Communist Party) leaders,” should be banned from all higher education institutions in the state.

Pennsylvania Republican House contender Jim Bognet ran an ad that said he will “make China pay for the lies they told, the jobs they stole and the lives we’ve lost.”

Words matter. We must work to #StopAsianHate, not inflame it, just to win campaigns. https://t.co/qI5XMG2ZdT

New York Rep. Grace Meng, chair of the caucus, told Axios that while it’s important to recognize the challenges in the relationship between the U.S and China, this kind of rhetoric puts a target on the backs of Asian Americans.

“We are scapegoated simply because of our skin,” Meng said.

But anti-Asian sentiment and the concept of this community being “perpetual foreigners” is deeply embedded in the fabric of America.

In 1882, Congress passed the Chinese Exclusion Act, which was the first significant restriction on free immigration in U.S history, and it prohibited Chinese laborers from entering the country under the threat of imprisonment and deportation.

In 1924, the Johnson Reed Act went even further, excluding all classes of Chinese immigrants and restricting immigration from all other Asian nations.

“On the surface we thought it was COVID and Trump. Deeper down we know it’s related to the model minority myth and perpetual foreigner stereotypes. But even deeper, it really [shows] the embedded systemic racism in this country against Asian Americans,” Chen said.

Eric Toda, who serves on the LAAUNCH board and the TAAF advisory council, echoed these sentiments, citing the Chinese Exclusion Act, the Japanese internment camps of the 1940’s, and the senseless murder of Vincent Chin in the 80’s.

Despite a 340% documented increase in attacks against Asian Americans, nearly one third of Americans are still unaware of the violence. pic.twitter.com/60ICoIoThm

“This has always been a part of the fabric of the United States,” Toda told Axios.

The COVID-19 pandemic resulted in an alarming rise in anti-Asian hate crimes and harassment as people scapegoated Asian Americans for the illness, calling it the “China virus” and “kung flu.”

Hate crimes against Asian Americans skyrocketed in major U.S cities in 2021, increasing by 567% in San Francisco and 361% in New York City.

Some of the most heinous acts of violence were motivated by COVID-related hate. For instance, in March 2020, a Texas man stabbed a Burmese American family, including their 2- and 6-year-old children because he believed they were Chinese and responsible for the pandemic.

The results of Wednesday’s study are particularly concerning given the nationwide activism and awareness campaigns surrounding the issue.

But despite growing attention to the problem, Americans are more likely to blame people of Asian descent for the pandemic, and nearly one-third of respondents claimed to be unaware of the hate crisis.

TAGS
viligi9319
Everybody can earn $500 Daily… Yes! you can earn more than you think by working online from home. I have been doing this job for like a ADt few weeks and my last week payment was exactly 2537 dollars.

See More Info…. 𝐰𝐰𝐰.𝐰𝐨𝐫𝐤𝐛𝐳.𝐜𝐨𝐦
wifas58944
Cash making job for evey american to earn and work online. earns more than $15k every month with this home based job.bvg i made $18521 from this job in my spare time afte my college. easy to do job and its regular income are awesome.A.. no skills needed to do this job all you need to know is how to copy and paste stuff online.