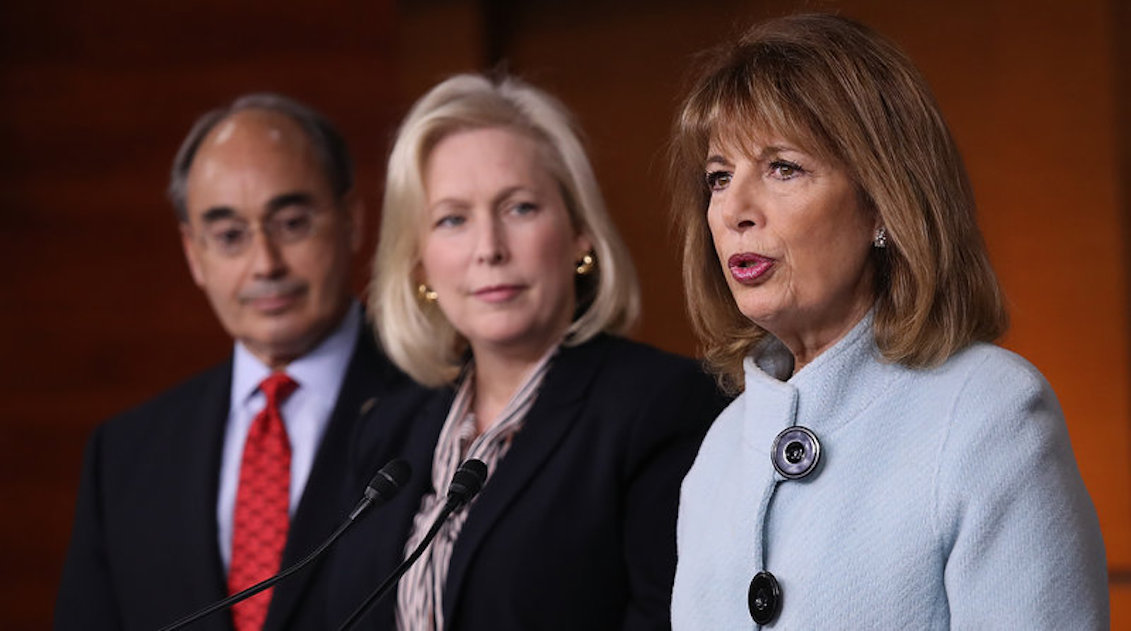 All the women in the Senate have united to demand changes in the legislation on sexual harassment in the Capitol, demonstrating that there is still a cause…

The #MeToo movement has arrived at the Congress, but it seems that it is too late.

18 Democratic Senators and four Republicans have joined to ask the Congress to amend the legislation that "helps people who work in Congress pursue claims of sexual harassment or discrimination,” the Guardian reports.

Although last February the House of Representatives approved a bipartisan proposal to reform the Congressional Accountability Act of 1995, the Senate has not yet considered the initiative.

That is why the women's caucus of the legislative body has taken action in the matter by issuing a direct statement to the leaders of the Senate claiming that "inaction is unacceptable."

“Survivors who have bravely come forward to share their stories have brought to light how widespread harassment and discrimination continue to be throughout Capitol Hill," reads the letter reproduced by TIME magazine. "No longer can we allow the perpetrators of these crimes to hide behind a 23-year-old law. It’s time to rewrite the Congressional Accountability Act and update the process through which survivors seek justice. "

The senators have decided that it’s time to change things, especially after the wave of accusations that have shaken the Congress, where "at least seven members have resigned or have decided not to seek re-election."

Even though spokesmen for both leaders in the Senate have ensured that both McConnell and Schumer agree that a change is necessary, the Senate has chosen to address more pressing issues - such as the government's budget - and have set aside the demands of the senators, according to Politico.

The move has been spearheaded by Sen. Amy Klobuchar of Minnesota along with lawmakers Patty Murray and Kristen Gillibrand and requires accused lawmakers to “personally for the cost of harassment or discrimination claims connected to their behavior,” the elimination of mandatory counseling and the mediation for victims who claim to have been subject to harassment.

According to the Washington Post, the demands of the Senators seem to have reached a stalemate "despite horrifying news of misconduct still coming out of Capitol Hill.”

The media makes reference to Elise Viebeck's report on Congresswoman Elizabeth Esty that allowed her chief of staff to remain in office for three months after allegedly having "threatened to kill someone who had worked in the office."

For the Post, "it sounds as if changing the sexual harassment rules just was not a priority for lawmakers this spring. As the momentum from last year's #MeToo movement fades from the public eye, it is possible this will not be a priority this summer or fall, either.”