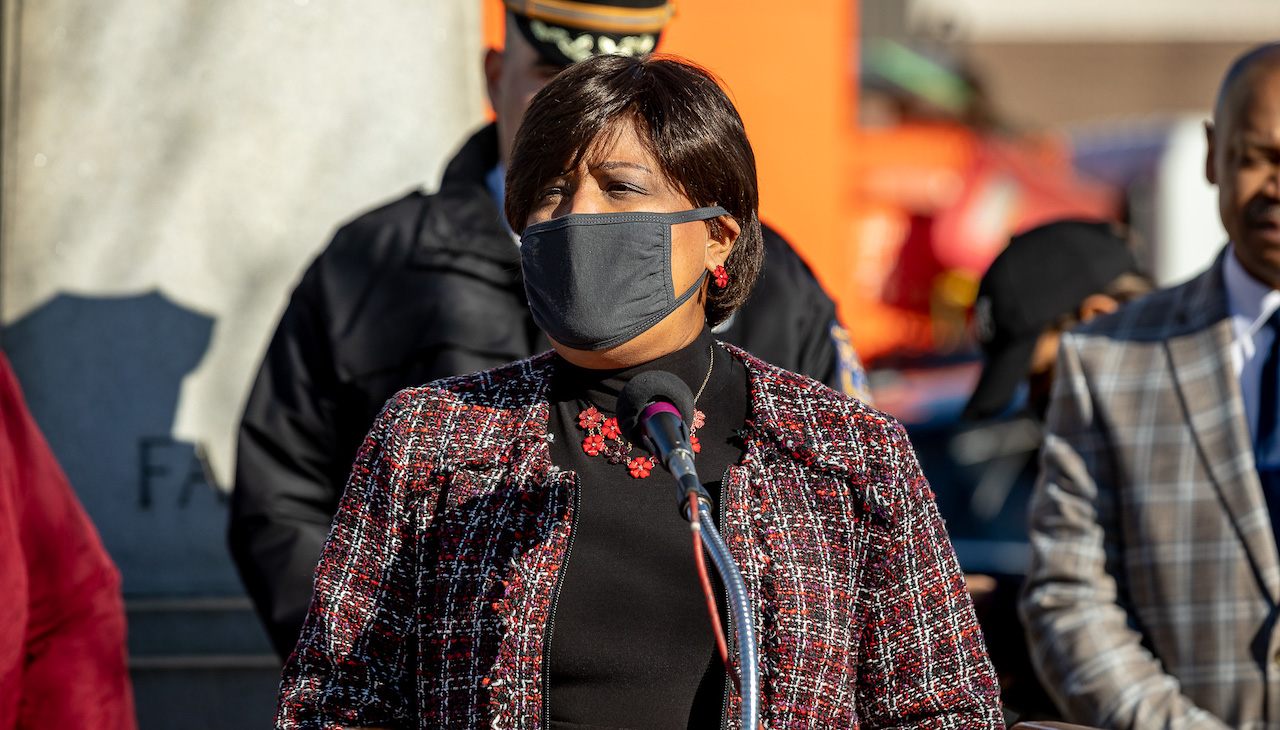 María Quiñones-Sánchez launches a website reminiscent of a campaign bid. But what is she running for?

The Councilwoman is the longtime rep for District 7 on Philly City Council. She’s long been suspected to run for mayor in 2023 but has yet to officially declare

Editors note: This article has been updated to include comments from Councilmember María Quiñones-Sánchez's spokesperson.

Amid weeks-long heat records, North Philadelphia’s 7th District Councilwoman, María Quiñones-Sánchez, announced a website launch at “mariaforphilly.com” on Wednesday, Aug. 8, in what appears to be the kickoff to a potential political campaign.

" The new website is just another tool to reach both our constituents as well as a larger citywide audience on key policy issues. I wouldn’t read too much into it," said spokesperson Ben Waxman.

Quiñones-Sánchez cited limits to what she’s able to express on social media as the reason she launched the site.

“I'm upping my social media presence (hello!), but often what I want to say can't be fully expressed on this platform,” the Councilwoman wrote on Twitter.

When asked by AL DÍA what the Councilwoman referred to by limits, her spokesperson cited length, "I think that’s referring to length allowed on Twitter, not topics. Longer takes, etc."

Twitter posting tools limit users to 200 characters per tweet but allow for a thread insertion for long-form posting.

Quiñones-Sánchez's new website includes her bio, track record, news, and events as headers on a landing page that informs visitors the page is “Paid for by Friends of Maria.” A cursory scroll to the bottom of the page also reveals a section where users can submit a tiered donation,

While it is unclear what topics the Councilwoman feels limited to express via social media platforms, AL DÍA documented a series of introductory emails from the website, post-sign-up.

“We love Philadelphia and see so many ways our great city could be better. And, we worry about the future of our city, and our country. How can we come together?” the first few lines read.

“I’ve been working on Philadelphia’s front lines for 30 years. And I know what Philadelphia needs in order to thrive. By signing up for this email list, I’m going to share with you what’s working and what’s not working in Philadelphia, and what we can do about it,” the newsletter went on to say.

The email closes by requesting recipients to respond to the email by answering: If you could change one thing about Philadelphia, what would it be?

According to the communication, Quiñones-Sánchez’s team “read every single response and we love hearing from you.”

A second email discussed poverty rates across Philadelphia and noted the work of The Promise, an organization established by city reps to tackle poverty by leveraging partnerships in the private sector.

Quiñones-Sánchez does not serve on the Executive Board or the Advisory Committee.

The purpose of the website launch remains unclear, and the website, nor the newsletter-styled emails inform users what the responses are utilized for.

Quiñones has a long track record in City Council, with a career that spans 14 years, born from a grassroots movement in November of 2007. The incumbent is serving her fourth term this year.

During her time as a member of City Council., she’s advocated for progressive causes like affordable housing and behavioral health reforms to tackle the opioid crisis in Kensington.

She was also listed in Philly Mag’s list of Most Influential Philadelphians, sitting at a very prestigious top-five spot.

Currently, she serves as chairwoman for a number of committees in City Council, including the Committee on Appropriations and the Committee on Education. She co-chairs Council’s Special Committee on Poverty Reduction and Prevention, and in 2021 was appointed to the Philadelphia Tax Reform Working Group.

She has long been considered a 2023 mayoral candidate but has yet to make an official announcement.

"We don’t have any announcement at this time," said Waxman.