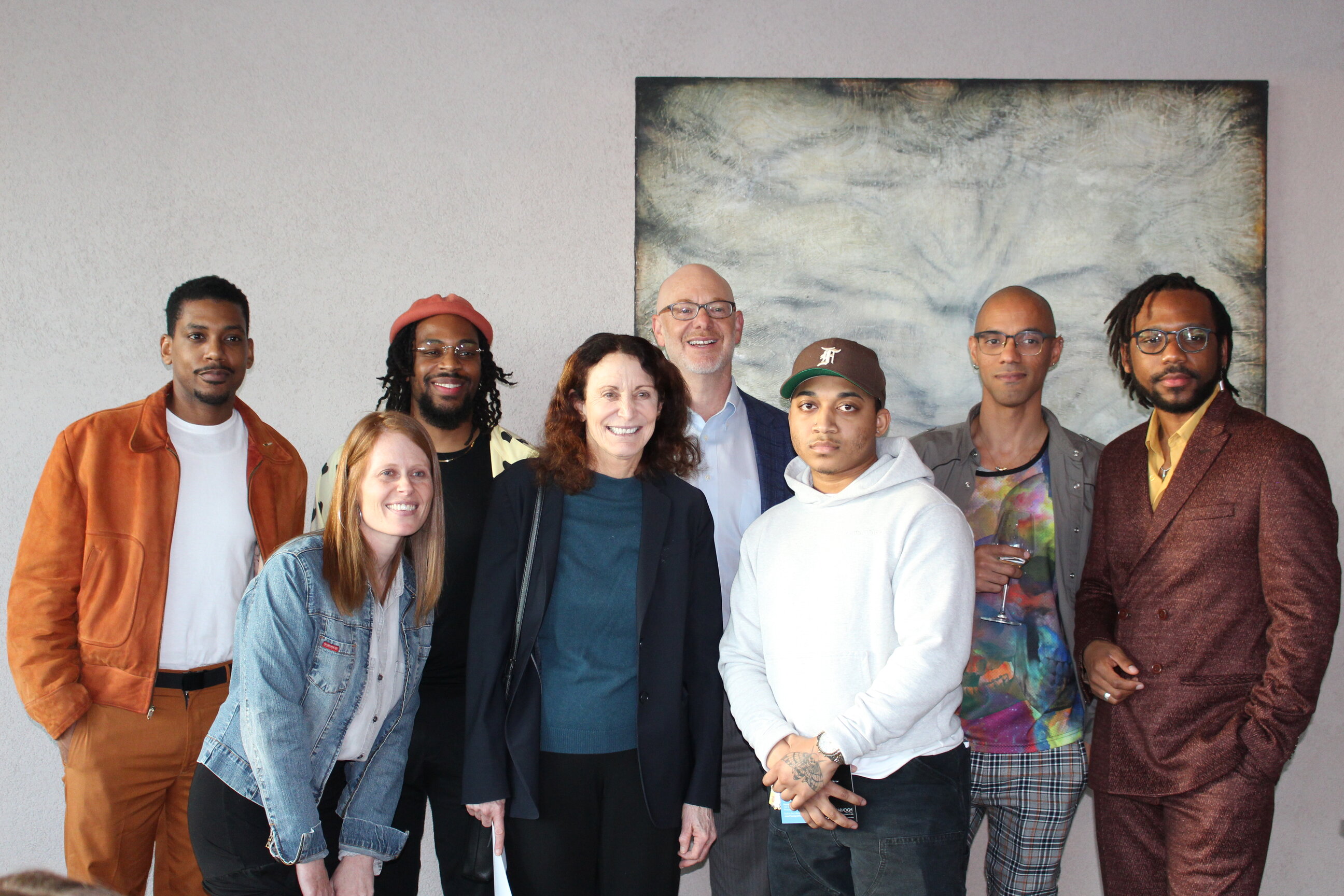 Thanks to a new collaboration with Mural Arts Philadelphia, the Fitler Club is displaying a new gallery of art.

Philadelphia is known for a number of things, among which is its vast and creative art scene.

If you travel across any neighborhood in the city, you are likely to see some sort of art that represents a piece of the fabric that makes Philadelphia the city that it is.

For more than 35 years, Mural Arts Philadelphia has served as the city’s largest public art program, dedicated to advance art as a vehicle of creativity and social change.

“Artists are extraordinary,” said Jane Golden, founder and executive director of Mural Arts Philadelphia. “They’re leaders of change [and] they make our world a better place.”

The artists are all members of the Mural Arts Fellowship for Black Artists, launched in 2020 to fund, foster and elevate the work of Black artists in Philadelphia.

During a kickoff showcase on Monday, April 11, the artists spoke about their journeys into the art scene and how their fellowship helped advance their creativity.

Philly native Khalif Rivers, a visual artist and self-taught photographer, is really into the history of Philadelphia. That historic interest of the city has served as the inspiration for his photography.

“I feel like we get overlooked as a city compared to New York, D.C., or even Boston,” he said.

His photography captures areas and buildings across different parts of the city, which can resonate to both current and past Philly residents.

“If I’m out and about anywhere that I frequent, I usually have my camera with me to photograph it,” he added, noting that there is often a story behind something within each frame.

For Robert Carter, language plays a big part in the titles of his creative art pieces.

“I think languages are a beautiful way to connect, and I think it’s really important for us to use it as a way to build bridges and not walls,” he said.

One particular piece of his is titled, Uvumilivu, the Swahili term for perseverance.

Carter’s art often is inspired by his vision of using it as a platform to express the overall human experience.

Works of art can have different meanings to different people. As the saying goes, “One man's trash is another man’s treasure.”

When Emilio Maldonado was growing up in the Dominican Republic, he was often told that when things are broken, the next step should be to fix them, not throw them away.

His art serves as a collection of various household objects that individually may not seem like art, but together can turn into something much more.

The social unrest that followed the 2020 murder of George Floyd took a heavy toll on many.

For so many Black men and boys, this murder resonated in a way that has become familiar over the course of the past years, and even decades.

For Nazeer Sabree, he remembers less than a decade earlier when Trayvon Martin was murdered. Sabree was 16 at the time, and recalled that being the first moment he saw that type of injustice.

“I remember that feeling when I was young, and I was asking questions like, ‘how do younger Black men and boys feel about what’s going on in the world around them? And the things we see on social media?’” said Sabree.

In addition to those questions, he also uses his work to talk about mental health within the Black community.

One particular piece is called, “we real cool, we die soon, we, me” and serves as a reflection of how the world is for the Black community.

The title is a play off of a Gwendolyn Brooks poem, “We Real Cool.”

Yannick Lowery produces his work in a very concise manner.

“What I do is look through archive papers, which are in books or magazines, and then I kind of use paper and scissors and rearrange compositions that kind of use these layers to illustrate some different worlds,” he said.

“I consider myself a world builder,” added Lowery.

Each artist has their own unique styles, mechanisms and processes that lead to their finished pieces. However, through those differences, each of them share the qualities of creativity, which leads them to the world of art creation.

This new partnership between Mural Arts Philadelphia and the Fitler Club adds yet another layer to the creative and artistic scene that is so rich across the city.