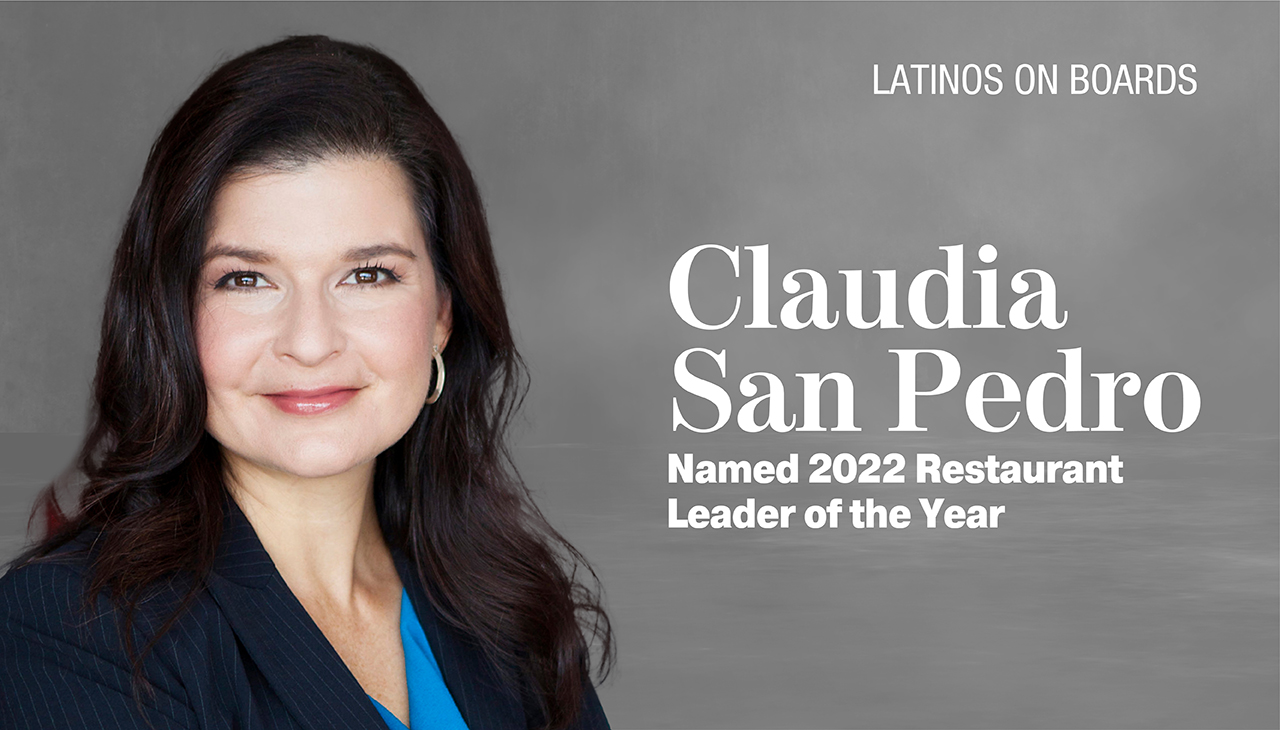 The notable restaurant executive was recognized at this year's Restaurant Leadership Conference in Scottsdale, Arizona.

Earlier this month, the publication Restaurant Business chose Claudia San Pedro, a former Oklahoma state official, as the 2022 Restaurant Leader of the Year.

San Pedro, who stood out from the other candidates thanks to her titanic effort as president at Sonic, managed to take the 69-year-old drive-in brand to new heights before and during the pandemic.

She was selected from a group of finalists that included such big names as Peter Cancro, founder and CEO of Jersey Mike's; Lisa Ingram, CEO of White Castle; David Overton, Co-Founder and CEO of The Cheesecake Factory; and Wyman Roberts, CEO of Chili's parent company, Brinker International.

The competition for this year’s award was obviously intense, with every finalist having a legitimate claim on the industry’s top honor.

Maze also stressed that the differentiating factor at the time of making the choice consisted of the large number of challenges that San Pedro had to face when assuming the role as president of Sonic.

“Almost simultaneously, she upgraded the chain’s technology, eased the operational issues that were taxing franchisees, reversed a sales decline and spearheaded the sale of the brand for $2.3 billion,” underlined Maze.

A Victory in the Midst of the Pandemic

In the midst of such a complicated period for any business due to the health emergency, the publication highlighted that after the intervention of San Pedro, despite the crisis, sales of the entire Sonic system shot up 20.1% in 2020, while the fast-food burger segment, as a whole, increased its collective consumption by just 1.7% that year, according to Technomic figures presented by the publication.

“It was up to us to step up and deliver on our brand promise in a new and different way in that context,” said San Pedro.

How is the winner chosen?

Through a two-stage selection process, the editors suggest potential candidates from a list that is narrowed down to a maximum of five finalists. Those chosen are then interviewed and profiled on Restaurant Business Online, supported by significant external research that provides a complete picture of the nominees.

With this valuable recognition, San Pedro thus joined a select group in which the following stand out:

This year's event took place between April 10 and 13 at the J.W. Marriott Phoenix Desert Ridge Resort & Spa in Scottsdale, Arizona.