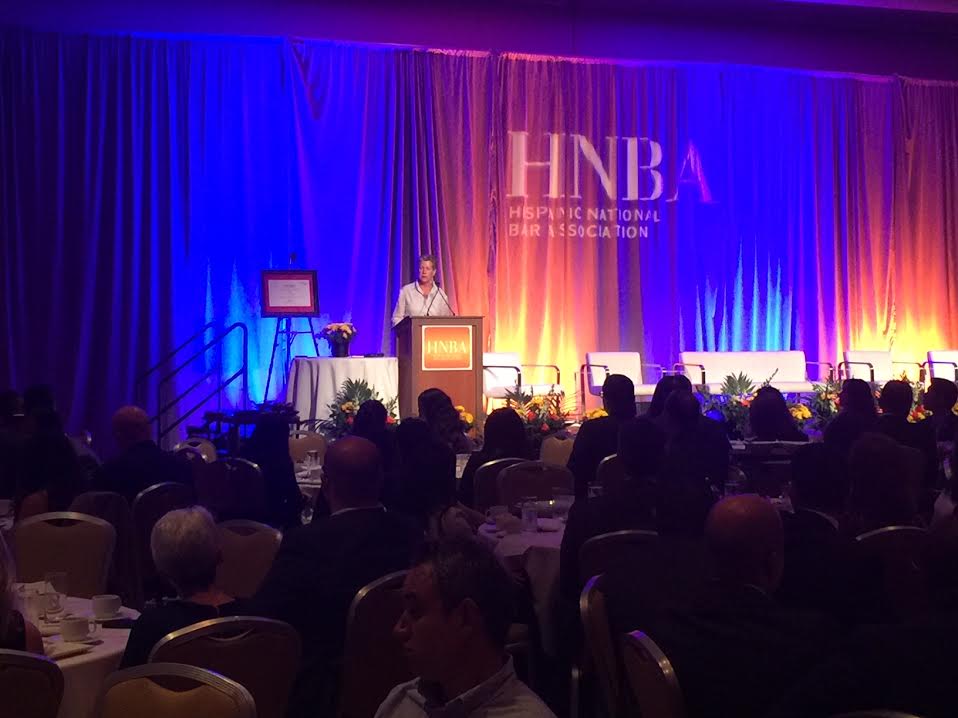 Esteemed professionals in the legal field gathered to discuss the need for more diversity in the U.S. law profession and beyond.

In the United States, where the female and male populations are nearly equal (51 percent to 49 percent), this dynamic is often not the case in the workplace. Similarly, near-even distribution in race is also seldom seen.

While Hispanics make up approximately 18 percent of the U.S. population, they comprise only 4 percent of the nation's lawyers. In the U.S., one in five women are Latina, but only about 2 percent of Latinas are attorneys.

The underrepresentation of both women and Latinas in the legal profession marginalizes both of these groups. Also, in such a diverse country, it is crucial to have diversity in the law field. Recognizing this need, the Hispanic National Bar Association (HNBA) holds an annual convention that brings together attorneys, judges, and law students from across the country.

This year, the HNBA Annual Convention was held in Philadelphia from Sept. 5-8. One of the many programs during the event highlighted the importance of having diversity and inclusion, as well as allies, within the field.

Keynote speaker locks in on diversity

Growing up in a largely conservative, rural community in central California, Dorian Daley learned at an early age about diversity and inclusion. With a diverse set of professions and ethnicities among her neighbors, she quickly learned both the pros and cons that can often exist between members in such a diverse population.

But the value of education is what helped her to better understand other people’s cultures, belief systems and styles of living throughout her life.

Daley, the general counsel at Oracle Corporation, said the idea of knowing she belonged and that others do too is a concept that she is committed to and thrives on. It is that very belief that’s helped her become so successful as a woman in a predominantly male profession.

There needs to be a variety people with different experiences, backgrounds, and perspectives to allow a company to have long-term success, Daley said.

“Diversity is important to me as a recognition of the value of one’s self and how that recognition translates into power and endurance and confidence, and yes, success and happiness.”

After working at Oracle for 26 years, Daley has seen some positive change during her time. Fifty percent of the attorneys in her department are women, whereas 48 percent of the legal managers are women.

The need for diversity is not just a practice within the workplace, but also in society at large. However, addressing this need often takes training and the removal of our subconscious biases. If that can be learned and instilled within one avenue, it can open the doors to branch out into others.

Being an ally in the #MeToo era 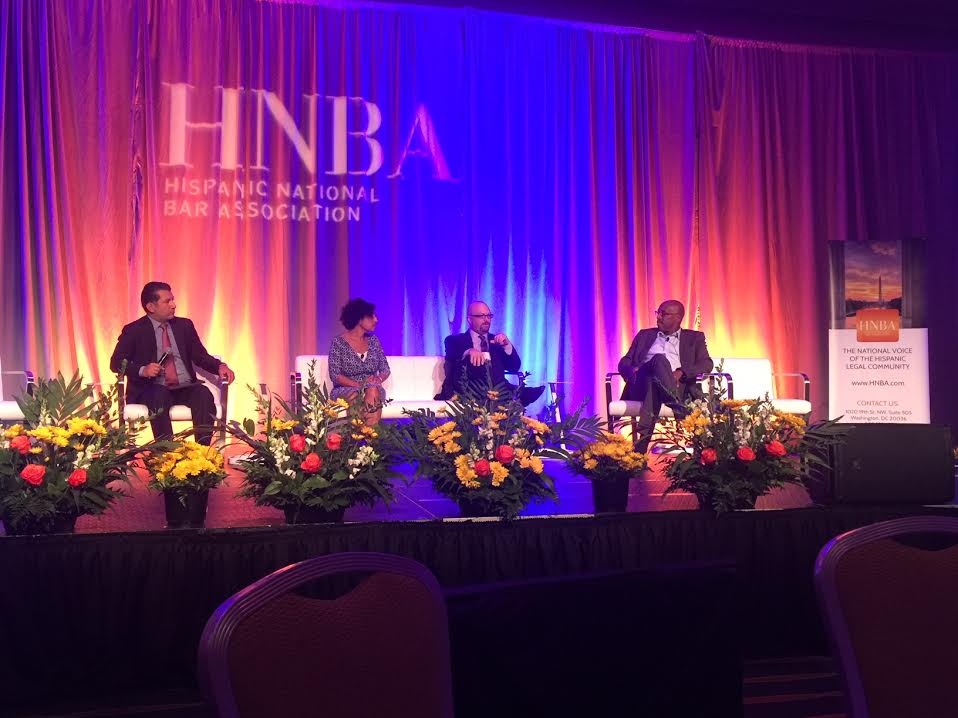 In a profession that is largely dominated by men, men should offer women help where they can.

A panel of esteemed professionals sparked a conversation about how to effectively be an ally within the legal field, especially in the midst of the #MeToo movement.

“People who are allies are people who stand up and help the workers who are coming forward, who support them and who make sure they’re not retaliated against for coming forward,” Sharyn Tejani, director of the TIMES UP Legal Defense Fund, said.

Sexual harassment is often most prevalent in companies and organizations where males are predominantly present. Within a company, there are steps that can be taken in order to encourage men to become true allies and prevent more incidents from happening.

The panelists agreed that mentorship and hiring in a diverse manner are some of the ways to move toward achieving this goal. However, there are also more foundational ways to do so.

“I think one of the things we need to do at the organizational level, at the company level, at the national level is change the culture,” Luis Avila, senior vice president of strategy and corporate development at Cox Enterprises, Inc., said.

These issues often start at the top and trickle down if not addressed.

Lance Miller, general counsel at Sugarfina, highlighted the differences in culture between his current role compared to his previous one at American Apparel, which was embroiled with sexual harassment lawsuits a few years ago.

“Stepping into a healthier company, with a much more positive culture has allowed us, as management, to have a lot of introspective conversations about how to foster what we already have," Miller said. "And how to continue it.”

Lloyd M. Johnson Jr. said in order to make real change, it starts with developing better leaders and finding people to hire who have different backgrounds, but similar goals.

“If we want to get somebody to make change, then find people who have similar interests and get them together," Johnson Jr., executive director of the Women’s In-House Counsel Leader Institute, said. “We need to get people with power and money, and who are allied with you… regardless of their race, gender or color.”

For that to become reduced and eventually eradicated, and for women to receive more support after being harrassed, companies need to have stricter policies prohibiting any behavior of that nature. The hope is for the #MeToo movement to transform the culture of toxic masculinity, add more diversity and inclusion to the workplace and beyond, and give any woman more freedom to come forward without the belief that harsher consequences will come for her rather than the harasser.