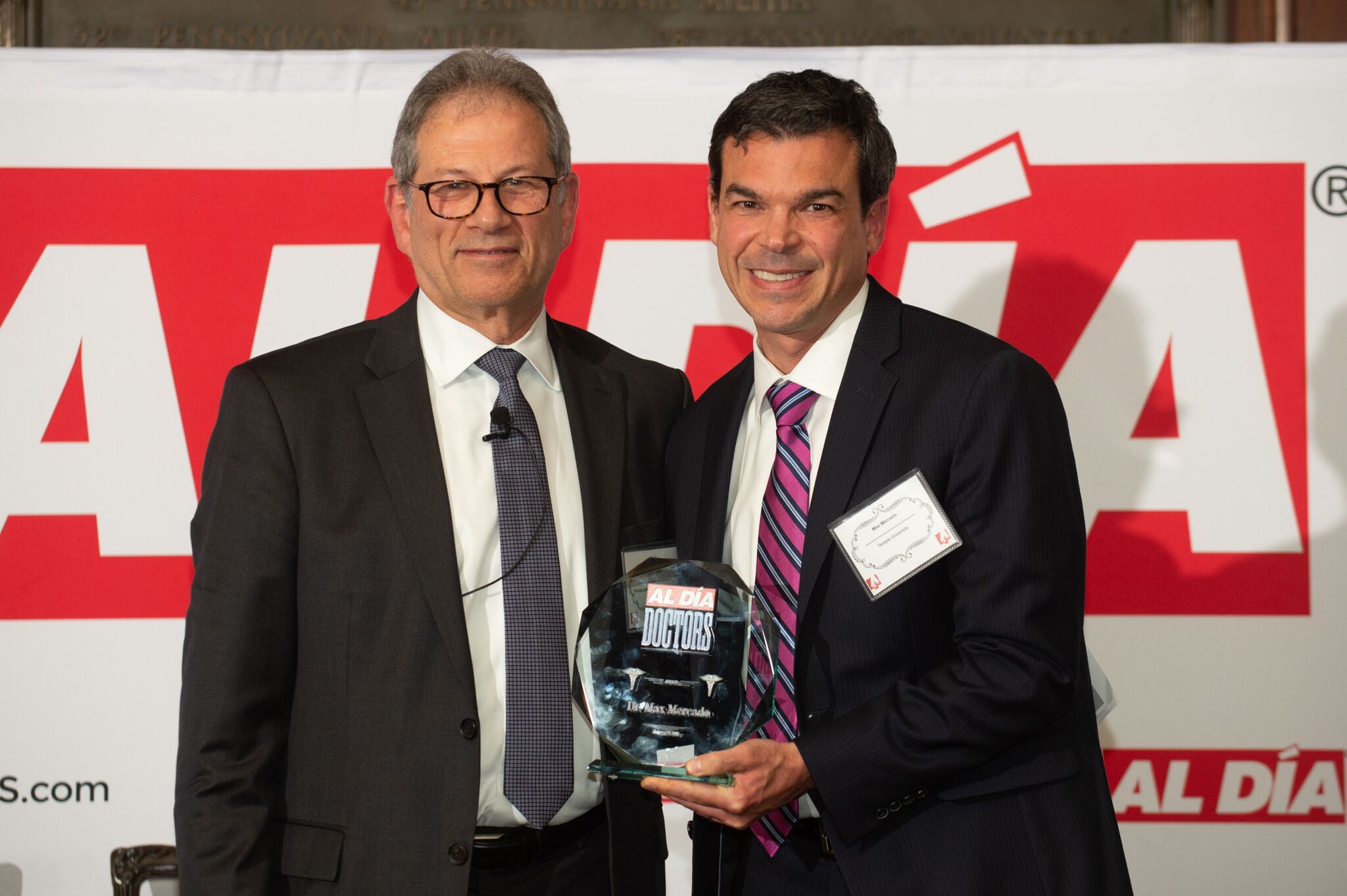 Dr. Max Mercado, affiliated with Temple Health, Jeanes Hospital and Nazareth Hospital, sees his practice in internal medicine as an opportunity to create a…

An entry into the field of science almost seemed destined for Dr. Max Mercado.

His mother was a mathematics professor for many years, so science always interested him.

Raised in the municipality of Cabo Rojo, on the western coast of Puerto Rico, the interest was there for Mercado; however, it took a while to define where exactly that interest lied the most.

Mercado knew which fields he did not like, and that helped narrow down his choices on which career path to take. In his second year attending the University of Puerto Rico, Río Piedras Campus, he ultimately decided to pursue a career in medicine.

“The vocation of medicine is truly a blessed opportunity towards connecting, in a deeper profound level, with human beings,” Dr. Mercado said during the 2019 AL DÍA Doctors Forum on Jan. 24, where he accepted his award after being honored at the event as one of four selected awardees.

After that, Mercado came to the United States in 1998 to do his internal medicine residency at Hahnemann University in Philadelphia. While working at Hahnemann, Mercado recalled the medical director asking him what he wanted to do while there. He soon learned about available federal funds.

After completing his residency, Mercado loved Philadelphia so much that he decided to stay. His love for the city only mirrored his love of internal medicine and his love of people.

In 2003, Mercado decided to put his passion into an even bigger practice. That hard work and opportunity led to the start of Mercado Medical Practice, LLC.

At Mercado Medical LLC, Dr. Mercado tries to empower patients by creating a welcoming environment for everyone.

“We try to not be a wall for them. We try to be a bridge for them for their care,” he added.

His practice abides by the motto: Patient Care First.

“That’s what makes me to go to work everyday… what we found was a vocation, it’s not a job itself.”

Bridge Towards the Future

Mercado said his approach towards his patients and the medical field has long been about giving back.

A long-time board member of Philadelphia County Medical, the society granted him the ultimate honor when he was elected to serve as the 157th president in June 2018.

With a severe lack of Latinos in the medical field still, Mercado said the goal of increasing that number will take a collaborative effort.

“At the level that we are right now, it’s all hands on deck,” Mercado said. “Because we’re also going to become patients, and we would like somebody to take care of us that can sympathize and empathize with what our true illnesses are.”

While Mercado praised the number of programs available to students, however, he questioned the amount of avenues in existence to “compete sometimes with life itself.”

If it were not for Pell grants and various programs that helped Mercado in his journey into the field of medicine, he admits he would not be where he is today.

He wants those same opportunities to be afforded to the next generation of aspiring medical professionals, as well.