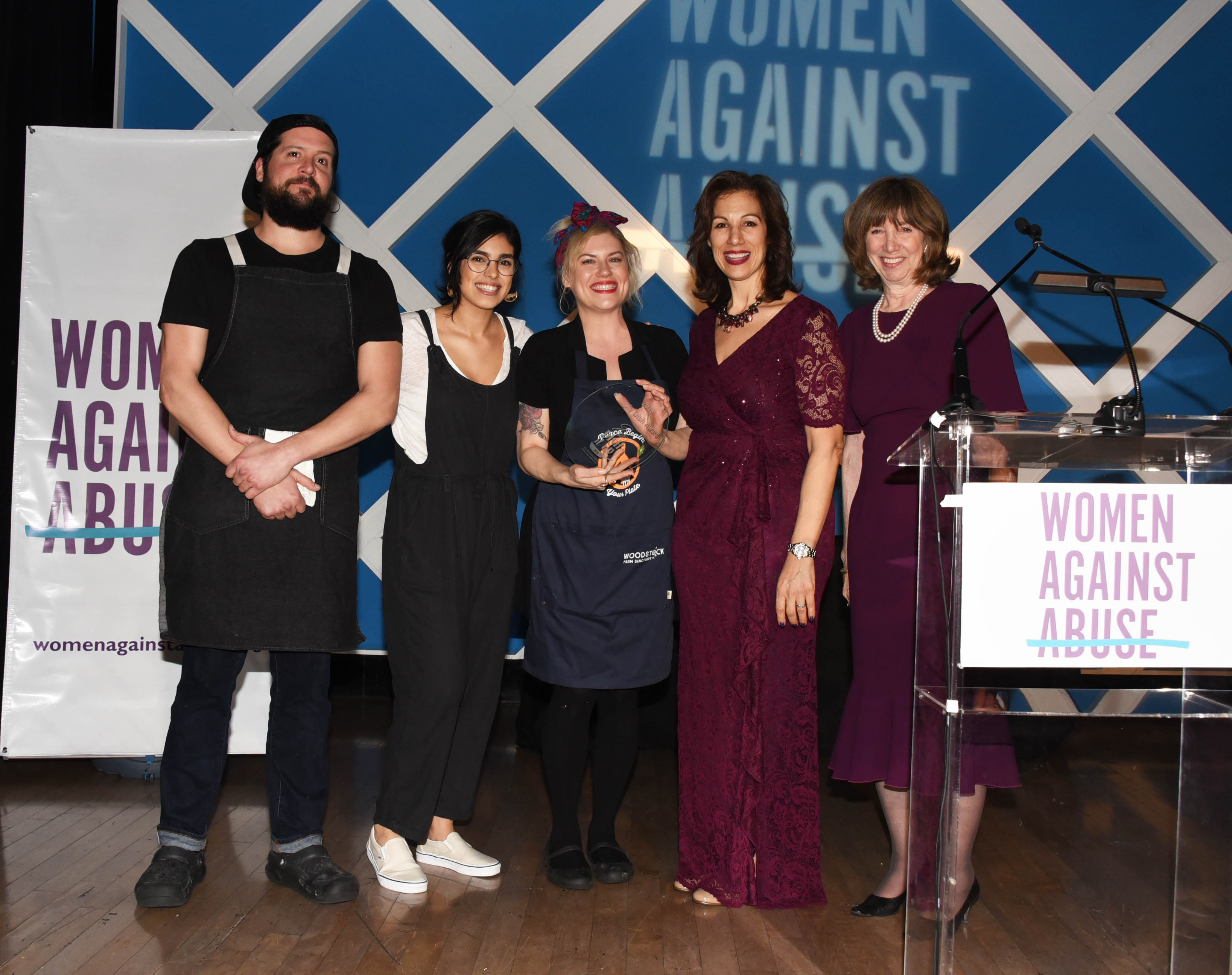 The annual Dish It Up competition shines a light on diverse woman chefs and supports survivors of domestic violence. Photo Courtesy of Women Against Abuse.

Dish It Up, Philly’s only women chef competition, is returning for its 14th year

The annual event on May 18 shines a light on women within the culinary scene while fundraising for domestic abuse survivors.

On May 18, Women Against Abuse, Philadelphia’s leading domestic violence advocate and service provider, will be hosting its 14th annual Dish It Up event.

The event is the only woman chef competition in the city, and over the years has attracted hundreds of business and community leaders, and food aficionados from across the region.

“In a profession that is being dominated by males, it’s a great event to really elevate, support and celebrate women who are in the industry,” said Joanna Otero-Cruz, president & executive director of Women Against Abuse in an interview with AL DÍA.

She added that the event will allow these women chefs to share their talents and creativity.

The line-up of competitors are diverse in disciplines, cultures and backgrounds.

“They really reflect this great city that we live in,” said Otero-Cruz. “That was really important to me and important to the committee to have diverse representation, so we’re excited to see folks from different countries who will have the opportunity to share a little bit of their culture with our participants.”

In addition to the annual competition, each year at the event someone is honored as the Advocates of the Year.

The 2022 Advocates of the Year are former Philadelphia Eagles cornerback and current executive vice president of football operations for the NFL Troy Vincent; and his wife, Tommi Vincent, an in-demand chef, and co-founder and COO of Vincent Country.

Both have been affected by domestic violence throughout their lives.

“And they are public about it and believe in speaking about their own experiences,” said Otero-Cruz.

As someone who, as a young child, witnessed his mother endure abuse, Troy Vincent has dedicated himself to supporting other victims.

Philadelphia community “takes the lead” in ending domestic violence
September 29th, 2022
Dish It Up 2022 highlights the perseverance of domestic violence survivors
May 23rd, 2022
Joanna Otero-Cruz is the new president and executive director at Women Against Abuse
October 14th, 2021

“He has used his own trauma, his own story to really turn it around and educate and advocate both from a legislative standpoint, and also for prevention,” Otero-Cruz added.

Tommi Vincent, who is a survivor of domestic violence herself, has done the same through her writing, podcasting, blogging and motivational speaking.

As a chef, she often details the role that cooking and food can play in the healing process from those experiences.

“We’re excited to have them as champions around ending domestic violence, and we’re really honored to be able to honor them for their life’s work,” Otero-Cruz said of the husband and wife in tandem.

Beyond the chef’s competition and award distribution, the annual Dish It Up event is a huge fundraising and awareness opportunity for the organization, all tying into the mission of ending domestic violence.

Women Against Abuse is the only domestic abuse service provider that provides “a safe haven” for survivors, and also staff trained attorneys in domestic violence.

“It is a fundraiser for us to continue to provide these services free to all individuals who are survivors of domestic violence,” said Otero-Cruz.

“What we hope is that we are fostering relationships,” she added, noting the importance of highlighting that this organization can be of great help to survivors and advocates of domestic abuse alike during this annual event.

The 2022 Dish It Up event will take place Wednesday, May 18 at Lincoln Financial Field from 6 p.m. to 9 p.m. Tickets can be purchased here.