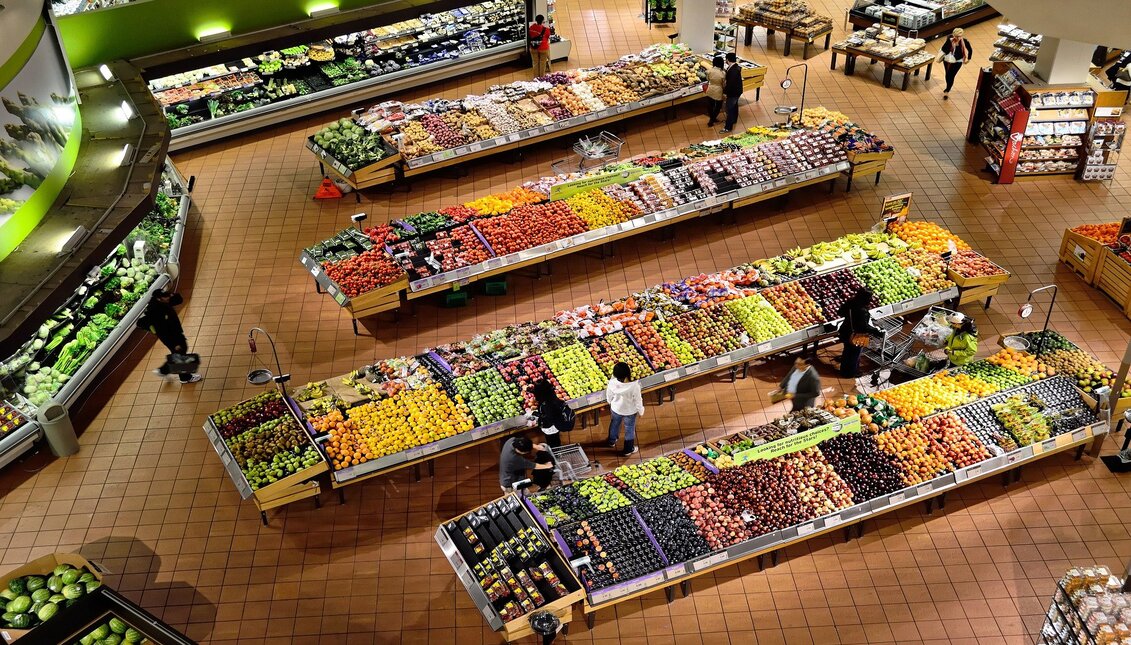 In many cases, the problem is not the lack of food. Photo: Pixabay.

Both malnutrition and obesity are issues derived from food shortages and unhealthy diets.

"About three billion people, close to the 40% of the world's population, cannot afford a healthy diet," said the UN food agency, a scenario which could worsen with a billion more people and if unpredictable events — like a new pandemic — hit families' incomes.

Is our food supply at risk?@FAO's The State of Food & Agriculture 2021 report offers a close-up look at how we can make agrifood systems more resilient to shocks & stresses, & in turn provide affordable, healthy diets for all https://t.co/ybYxcMgDGa #SOFA2021 #FoodSystems pic.twitter.com/V8JMZAGEXO

Cultivate resistance
The Food and Agriculture Organization (FAO) highlighted the need for countries to make their systems more resistant to crises such as COVID-19, which increased hunger rates worldwide.
"The pandemic highlighted both the resilience and the weakness of our agri-food systems," said FAO Director-General Qu Dongyu.

The UN agency is currently working on strategies to strengthen capacity to withstand crises arising from extreme weather events, sudden illnesses, as well as pests from plants and animals.

In addition to bringing food to tables around the world, the logistics of the agri-food network produces 11 trillion tons of food a year and employs billions of people around the world.

Current threats
In addition to the pandemic, food production and supply chains are increasingly affected by armed conflicts in different parts of the world, as well as the effects of extreme climate change.

To this is added the current crisis in the maritime transport systems, which generates major increases in the costs of transporting food, which are generally made up in the end cost of the product, forcing the consumer to stop buying several of the products, sacrificing their diet for not being able to afford it.

FAO proposals
Although the consequences of the food crisis are experienced by all the countries of the world, the challenges are not always the same and some are hit harder than others.

To tackle this battle against malnutrition, FAO makes the following recommendations:

Global treaty to tackle climate threat from plastic is sought
November 29th, 2022
The planet already has 8 billion inhabitants
November 15th, 2022
COP 27: what are the key points of the convention?
November 7th, 2022
The obesity pandemic
In addition to the problem of scarcity and rising prices of many foods, which has led to less eating in many countries, the drama in rich countries like the United States is living with another scourge of malnutrition. In this case with high rates of obesity, which have also exploded amid the pandemic.

According to the World Health Organization (WHO), which presented a complete report on overweight in the middle of the year, the following figures should set off the alarms of the world's health systems to decisively and actively confront the condition.

Double morbidity
Low- and middle-income countries coexist with a scenario in which both malnutrition and obesity occur in communities. On the one hand, it comes from the lack of access for children, especially, to a complete diet. Obesity also runs in families where they have unrestrained access to foods with high caloric content, rich in fat, sugar and salt.

This way of eating, which becomes a habit, adds to a lack of physical activity enhanced by the confinement periods of the pandemic and has led to a drastic increase in childhood obesity.

It's a complicated panorama, not only for the food systems of each nation, but also for the health services that, in the middle of their battle against COVID-19, have had to neglect other medical difficulties present in different communities and are affected by a shortage of materials and labor.