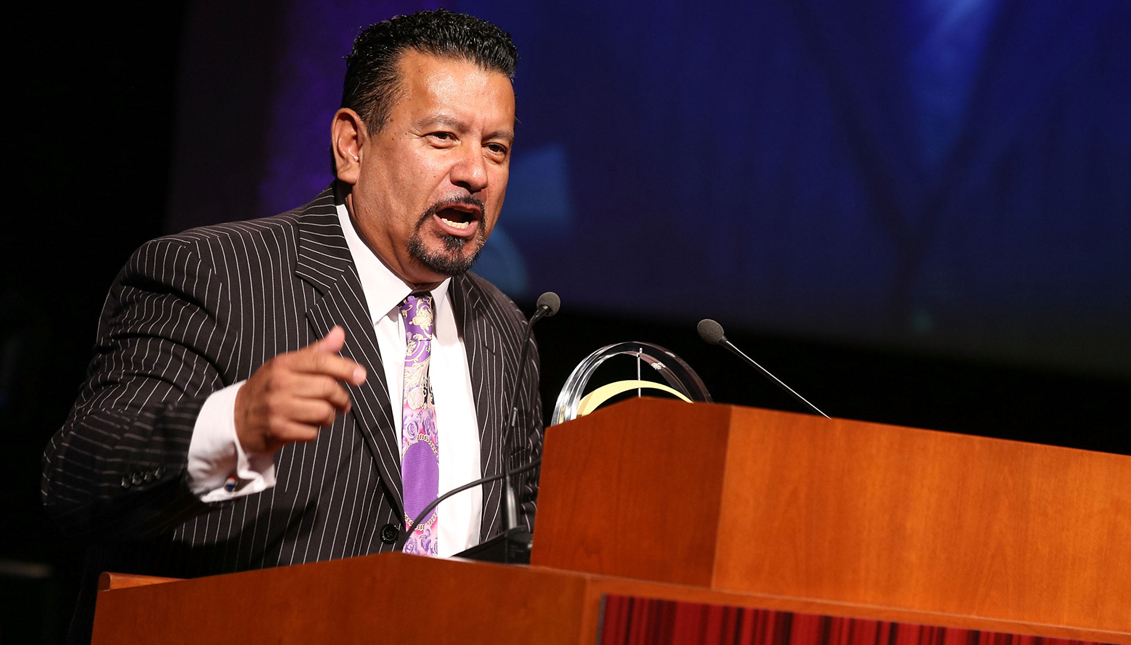 Richard Montañez's story has been heard around the world and will be a Hollywood movie in the near future. Photo: Getty Images

Richard Montañez’s journey is in all of us

The story of Richard Montañez is one that the janitor-turned-executive at PepsiCo has told around the world to inspire thousands. There have been countless articles about it from news organizations (including AL DÍA), and it will be a Hollywood movie in the near future directed by Eva Longoria.

On the surface, it is a quintessential story of the American dream. But beyond its capacity to inspire the next Montañez, his story is one laden with messages for professionals and entrepreneurs young and old.

They’re Messages that cater the Latino experience in the U.S., and the experiences of anyone of any background in the country.

At the core, those messages boil down to believing oneself, never giving up and fighting for one’s destiny.

Montañez told the story again on the night of Oct. 7 at AL DÍA’s virtual Hispanic Heritage Awards, which honored five Latinx individuals that have spent their careers fighting tirelessly for what they believe in.

“There’s no such thing as being ‘just’ anything if you believe you’re going to be the best,” said Montañez.

For him, that started as being the best janitor at the Frito Lay plant where he worked.

It means different things for all five of the Hispanic Heritage honorees in 2020.

For Dr. Jack Ludmir, it means serving the vulnerable population of immigrant mothers in Philadelphia no matter who they are or their ability to pay.

Dr. Evelyn Nuñez is best by dedicating her life to educating Philadelphia’s children no matter their background or upbringing and being the voice for Latinx students in the administration of the School District of Philadelphia.

Rep. Danilo Burgos is best when he can be a voice for the residents of District 197 in Harrisburg.

Carolina Cabrera DiGiorgio is best at the helm of Congreso, which provides a number of key medical and educational resources to the North Philadelphia Latinx community.

Lou Rodriguez is best for both his entrepreneurial journey growing his engineering consulting firm, Rodriguez, and leading the board at the Greater Philadelphia Hispanic Chamber of Commerce, which supports Latinx business across the region.

Montañez’s journey, like the honorees, also involved a revelation. His was the famous: “what if I put chili on a Cheeto?”

While individually those revelations led to successful careers, collectively, they start revolutions.

He went on to say that because of the revolutions they create, Latinos empower the whole of the U.S.

Economically, that can be seen in the ever-increasing consumer power of Latinos in the U.S., but like Montañez’s Flamin’ Hot Cheetos, it’s their ideas that have the true power.

Montañez defined the power as greatness.

“And you don’t need permission to be great,” he said.