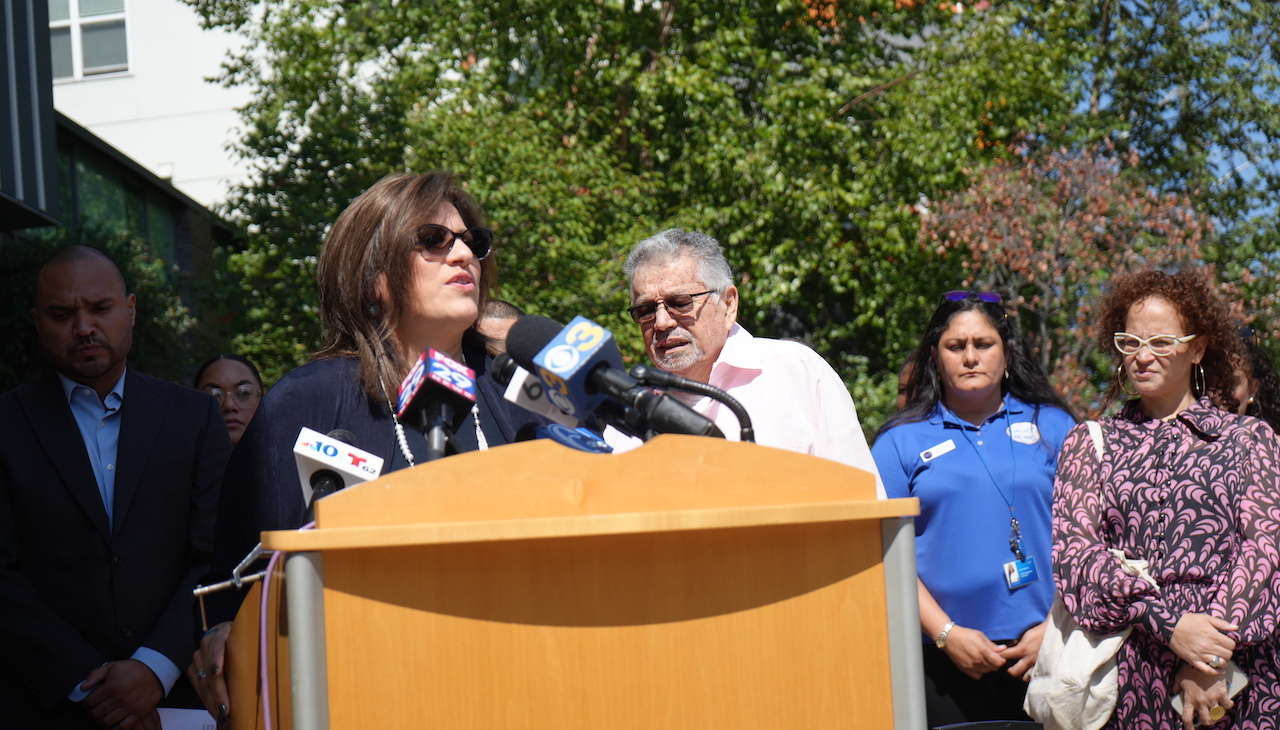 The coalition is made up of 40 CEO's and other community leaders in a joint effort to fund aid to Puerto Rico. Photo: Carlos Nogueras/AL DÍA News

Community and nonprofit leaders will spearhead a diaspora-born initiative to support Puerto Rico, in partnership with local orgs. established on the island.

The collaborative is coined Unidos PA’PR, or Together for Puerto Rico, though the PA holds dual meaning. PA is short for para (for) in Spanish, as well as an acronym for Pennsylvania, to showcase the commonwealth’s response, and is led by 40 nonprofit organizations and community leaders.

Unidos PA’PR is also a revived effort stemming back to 2017, formed by former and current city Representatives in response to the devastating scene left by Hurricane Maria across the island’s entirety, on Sept. 20.

“I’ve had a lot of interviews during the week, and the biggest concern for people, and what I learned during Hurricane Maria, is that it’s difficult giving out money (...) Who do you give it to?” said APM CEO Nilda Ruiz, who is herself Puerto Rican.

“There’s a lot of distrust of agencies. Unfortunately, there are a lot of people that take advantage of a bad situation,” she added, alluding to the fundraising efforts in 2017 that resulted in tens of thousands of palettes filled with water boxes, as well as a warehouse full of supplies, unused for over a year.

The group’s fundraising enterprise will be governed by 40 nonprofit CEOs, who, according to Ruiz, will ensure complete transparency surrounding its fiscal affairs. To that end, Ruiz enjoined Philadelphia’s Puerto Rican diaspora to forward donations to a pre-set line or website, which will in turn be awarded to local partners on the ground.

Puerto Rico’s government carries a lingering, questionable reputation when it comes to funding redirection. Maria’s unprecedented force left the Puerto Rican government scrambling for a response strategy, a legacy that reverberates with Fiona.

“The beautiful thing about what we did last time is that we weren’t just focused on big entities in Puerto Rico. We were literally connecting with fishermen and local churches, and people who needed the exact money (...) and that’s what we’re here for,” said Adonis Banegas, CEO of Concilio.

“One of the things we learned last time is that this is not a short-term effort. When we came together last time, we were together for almost two years after Hurricane Maria happened,” he continued, adding the group’s shared disposition to provide ongoing support, as long as its necessary, according to Banegas.

Although no names were shared during the conference, Ruiz told AL DÍA the collective would leverage repeat partnerships from the post-Maria period to channel funding.

PA at the forefront

Unidos PA’PR’s recent announcement follows action on behalf of the Commonwealth, including the deployment of two Task Force-1 agents yesterday, Sept. 20, to evaluate the current situation on the ground, and provide intervention when needed.

At the state level, House Reps. Danilo Burgos and Manny Guzman maintain further aid is needed, according to a statement.

“They need our help; we urge the solidarity of all state-related institutions, in particular PEMA, to join us in this humanitarian cause. We cannot leave behind our Puerto Rican and Dominican brothers and sisters who are facing devastation,” Burgos said.

“The idea is to wait for what the requests are from Puerto Rico itself,” she added.