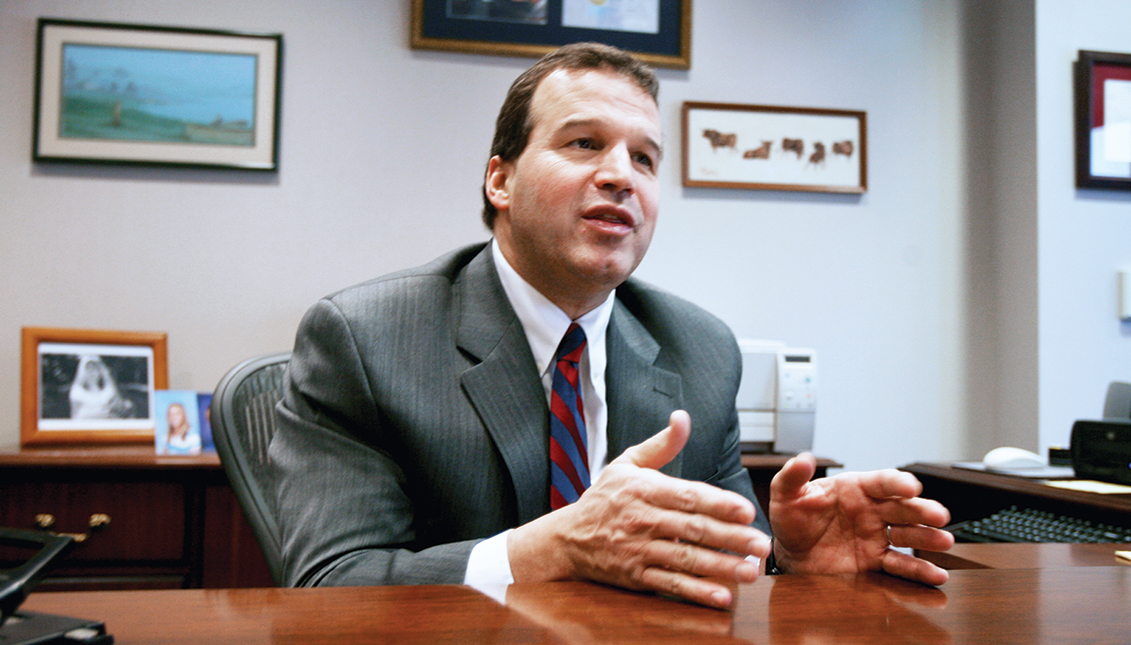 Judge L. Felipe Restrepo is a judge on the U.S. Court of Appeals for the Third Circuit. Photo: AL DÍA News.

The judge on the U.S. Appeals Court for the Third Circuit spoke in a fireside chat with Alex Gonzalez at AL DÍA’s 2020 Top Lawyers Forum.

AL DÍA’s 2020 Top Lawyers Forum was a night to remember for the current and next generation of Latino lawyers in the Philadelphia region.

The conversation covered a number of topics, including what it takes to support the next generation of Latinos in law, Restrepo’s work around reducing recidivism, and his own legacy.

He is currently a judge on the U.S. Court of Appeals for the Third Circuit, which is a long way from the Colombian immigrant that once took 31 years to get U.S. citizenship in the U.S.

Restrepo was in the early stages of his law career when U.S. President Ronald Reagan signed the Simpson-Mazzoli Act that granted him a path to staying in the country. Before the act’s existence, he and his sibling’s American reality was very uncertain.

“We had no path to citizenship,” Restrepo told Gonzalez.

But that experience of uncertainty around status is what’s made the judge such an advocate of the citizenship process and what is now known as Constitution Day.

It also made him a supporter of the community he came from, knowing personally the struggle many go through on a daily basis.

As a lawyer and judge, Restrepo has translated that into both being a mentor for younger Latinos wanting to get into the field, and into his work around reducing prison recidivism.

To help young Latinos or any young student of law, he said the most important part is “being there.”

“Being there, and being accessible to folks and being user-friendly when they want to talk about your experiences and advice,” said Restrepo.

In fighting to reduce recidivism, Restrepo co-founded STAR alongside another Philadelphia judge. Standing for “Supervision to Aid Re-entry,” the now-13-year program is better known as re-entry court.

It targets individuals with violent criminal histories coming home to Philadelphia after long prison stints. They are approached in halfway programs for admittance and are invited to observe the program before choosing to participate.

“The genesis of the program was to try to find folks and prevent, as best we can, a return to what got them in trouble,” said Restrepo.

Those prevention methods include offering participants assistance with any facet of life they may need including employment, housing, education, healthcare, and finance.

“But most importantly, I think what we offer is a sense of community, and a sense of hope,” said Restrepo.

Their program has also organically expanded to partner with Temple University, Drexel University and other local law schools to provide more assistance to participants in the program and training for young students.

Restrepo called the re-entry court one of the most rewarding things he’s done in his career for its ability to bring humanity into the process of law, which he admits can be tough at times.

“It makes judges and lawyers more aware of what happens after court,” he said.

Beyond re-entry court as an integral part of his legacy, Restrepo told Gonzalez that he hopes it shows that he tried his hardest.

The words echo those of Judge Nelson Diaz, who reflected on his pioneering work in his acceptance speech for the Gus Garcia Lifetime Achievement Award.

“That I did my best and maybe left it a little better than I found it,” said Restrepo.