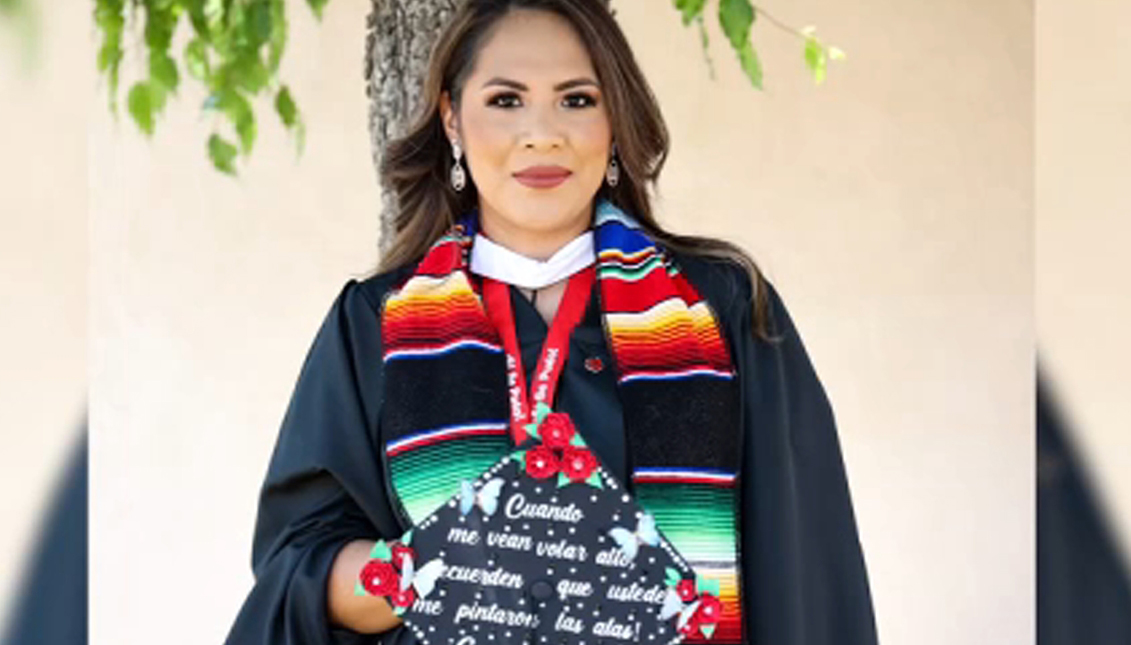 Almost 10 years after getting her DACA status, Carrasco received her master’s degree in education from Fresno State University.

Iris Carrasco was only three years old when her family emigrated from Mexico to California.

Her family came to the country as a way to give their six children better lives and different opportunities not feasible in their native country.

As Carrasco grew older, she realized having a college education was the ultimate key to a better life in the states.

She considered applying for college, but found the process difficult.

In 2011, the Deferred Action for Childhood Arrivals, (DACA) became a beacon of hope for children who were brought to America by their immigrant parents.

There was only one problem, it wasn’t implemented by the government in time for her college process.

“It was very frustrating to know I am going to pour my heart into something and then still have that doubt whether I am going to be able to utilize my degree or not, " Carrasco said in an interview with ABC 30.

Carrasco quickly applied, and was able to receive a work permit, which provided a necessary confidence boost to keep dreaming big.

"It was the best day of my life because I had been waiting for something that would help students like myself," she said.

With her new work permit, Carrasco forged on with her academic career.

She transferred from Fresno City College to Fresno State and graduated in 2018 with her bachelor's degree in Liberal Studies.

Her education did not stop there.

She went on to become a teacher, but still went to school in pursuit of her master’s degree in education in June 2020. Carrasco completed the degree in 2021.

Despite the many setbacks, her friend, a coordinator at the Dream Success Center at Fresno State encouraged her to push on with her studies.

"Is it difficult, absolutely, but let's give you the tools, the know-how. In addition to being dreamers and undocumented or DACA students, they are also first-generation college students," Gabby Encinas told ABC 30.

The Dream Success Center at Fresno State University is a student resource establishment on campus for undocumented students. Some services offered are referrals to reliable legal, health and wellness services, academic advising and monitoring, and professional mentoring.

These services are just some of many Carrasco utilized to keep pushing to get her master’s degree.

As a devoted wife and mother of two, Carrasco has become an inspiration and a leader in her family in the process.

The future's looking bright, and she wants to tell Latinx students not to give up.

"Take the courage from others, use me as an example," said Carrasco. "Don't give up on what you want to accomplish because your education you can take it with you anywhere."