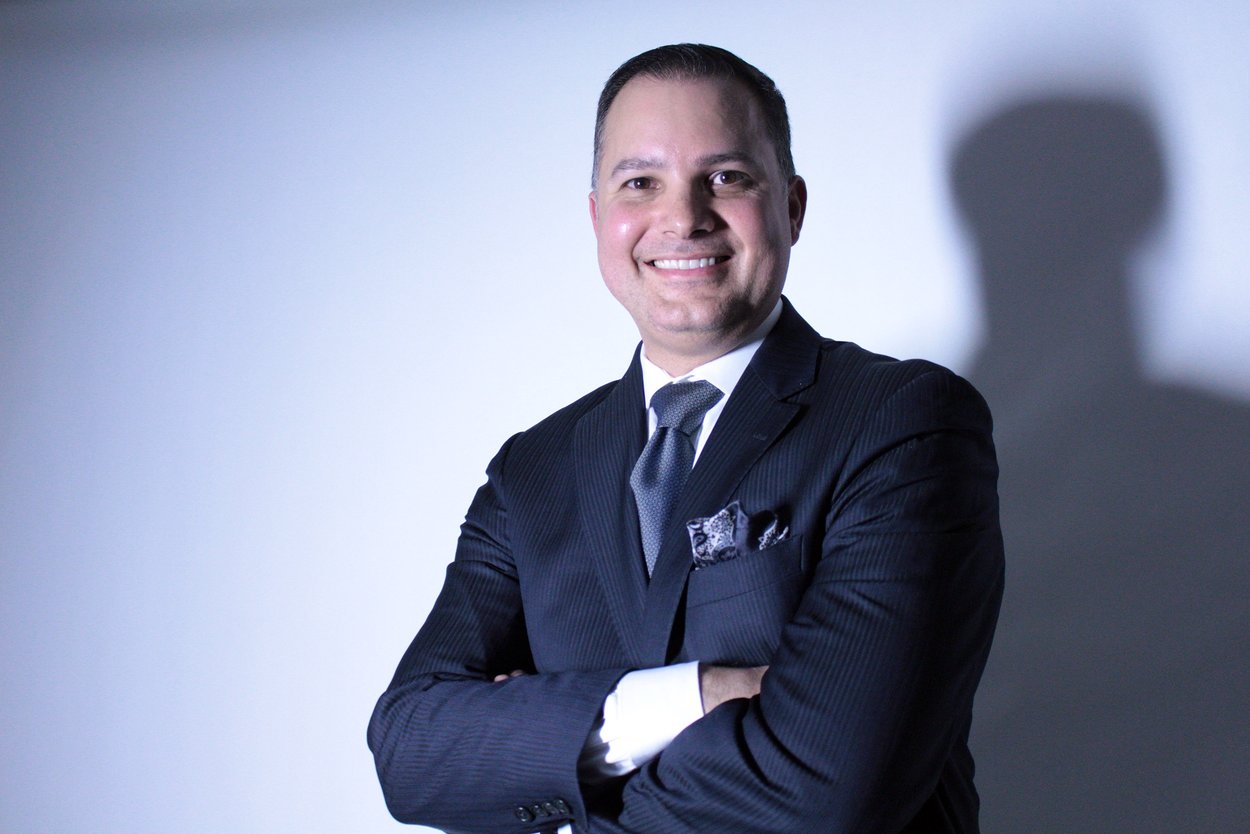 As the senior vice president at Wells Fargo Bank, Anthony Rosado leads the most physically present bank in the nation, while staying close to his North Philly…

Anthony Rosado can still recall his first interaction with the formerly named First Pennsylvania Bank on 6th & Erie in North Philadelphia with his grandfather during the early 1980s.

Rosado’s grandfather had opened a passbook savings account for him at the time, and whenever the young Rosado received any amount of money, his grandfather would walk him to the bank to make the deposit.

Fast forward 30 years, and Rosado leads that very branch today in his role as senior vice president at Wells Fargo Bank, the most physically present bank in the nation.

In his current role, Rosado provides executive leadership to a small team of district managers and a large group of team members in the many branches across the Greater Philadelphia region.

In that sense, Rosado has seen his life come full circle. If there’s one thing that he can credit for guiding the start of his career in banking, it would be mentorship, particularly from his uncle and grandfather.

“I was one of them as a kid, never left the border,” he said during an interview with AL DÍA. “A couple mentors in my life helped, I would say, ‘save me’, where they showed me that there are other opportunities.”

Growing up, Rosado went to a predominantly Jewish camp, and made friends with a lot of children who were from other neighborhoods across the city.

Being exposed to different types of people and building important relationships at a young age helped Rosado see the range of opportunities that existed, and showed him different pathways to success.

“I learned through mentorship, there’s no secret to do well,” he said. “It’s find someone who’s doing well in something and replicate that.”

That’s how Rosado eventually entered the world of banking.

Rosado recalled that while working in a restaurant as a teenager, he struck up a conversation with one of his customers, who worked at Morgan Stanley at the time.

“He had a nice watch, dressed in a nice suit. I always knew I wanted to wear a suit one day,” said Rosado.

That customer soon became a mentor to Rosado.

Eventually, Rosado started working for him, participating in cold calling and setting up investment seminars, before going into marketing.

When Rosado’s mentor eventually left Morgan Stanley for the formerly named Wachovia Bank, he remained at his job until the company went under.

Because he had built a strong enough rapport with his mentor, Rosado called him afterwards, later applied for a job there, and was hired in 2003. Rosado has been working at Wells Fargo ever since.

A Hunting Park Native with a Dual Heritage
Rosado is of both Puerto Rican and Italian descent. Rosado’s mother first emigrated to Hunting Park from Italy in 1969, at a time when it was a predominantly Italian neighborhood.

His father, born in Puerto Rico, originally moved to the Spring Garden section of the city, before moving to Hunting Park shortly after Rosado’s mother arrived.

Rosado’s father was one of the first Puerto Rican families to move to the Hunting Park section of the city.

By the time Rosado was born in 1977, a demographic shift had occurred and Hunting Park became a predominantly Puerto Rican neighborhood - which still holds true today.

Growing up in a predominantly Hispanic neighborhood meant that Rosado was closely identified with the culture. When Rosado was young, his father moved to the Bronx and later Brooklyn before winding up back in his hometown of Vega Alta, Puerto Rico.

“As a kid, I would spend summers... in Vega Alta with my father, visiting. That’s how I learned how to speak and understand Spanish more conversationally,” said Rosado.

The duality of his Puerto Rican and Italian heritage presented some challenges, however.

“However, when I would pick up and go to Puerto Rico, I was a gringo from Puerto Rico, and when I was visiting my Italian side of the family, I was the Puerto Rican.”

That dynamic often made Rosado feel as if he didn’t fit into his heritage.

“Still today, when I’m in each of those cultures, you never really quite fit into one of them, you’re part of them, but you’re not really one of them,” he said. 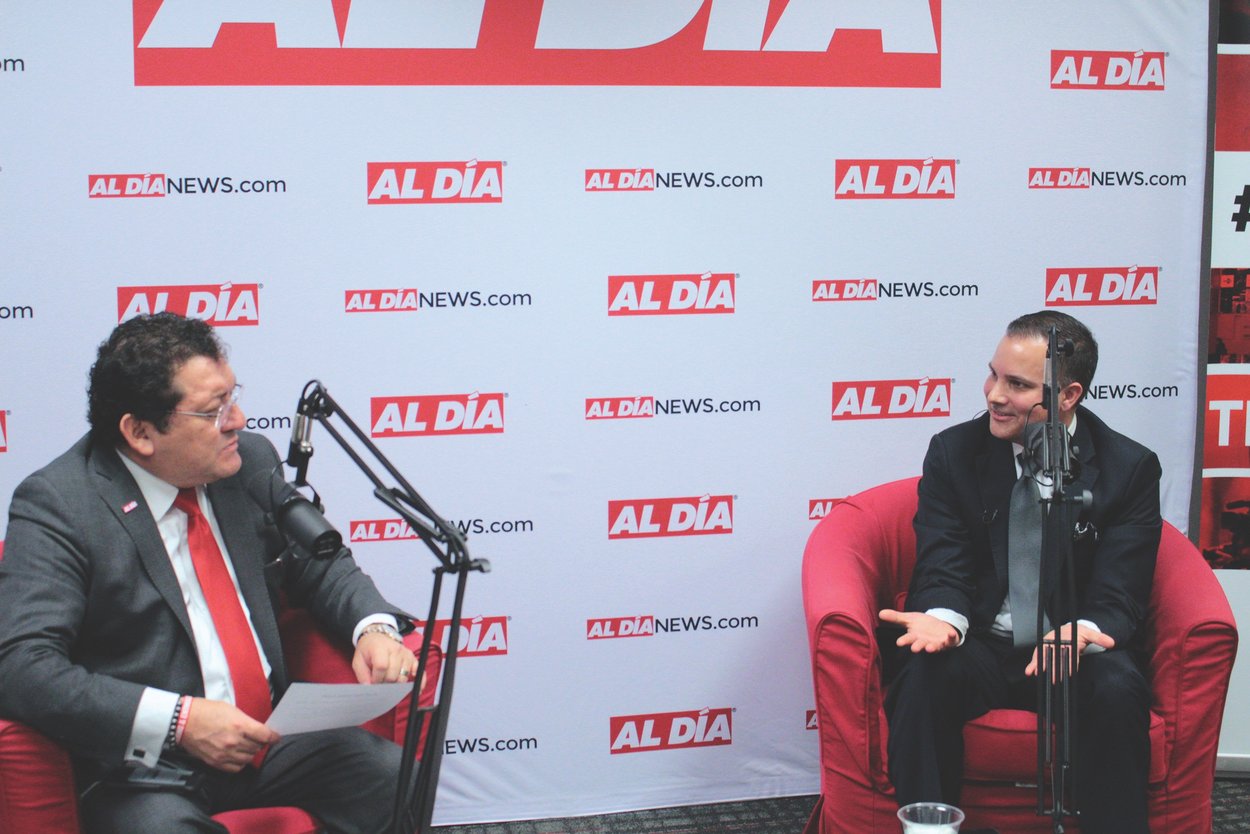 “I see a tale of two cities there,” Rosado said about the neighborhood today. “Growing up, it was a rough… very impoverished neighborhood.”

Visiting his grandmother in the neighborhood, in the “drug epicenter of Philadelphia,” as he referred it to, made the issues the neighborhood confronted - and, he acknowledges, continues to confront - become more real to him.

“In many ways, it has disintegrated since then with the vacancies in the housing, missing a lot of elements for it to succeed - healthwise, education wise, and housing wise,” said Rosado.

While these issues remain very prevalent in the neighborhood, Rosado praised the development that is also taking place in the area, highlighting the work Esperanza is doing in providing housing and schooling opportunities for residents.

As a big supporter of Esperanza, the Wells Fargo regional foundation has helped build first-class facilities so Latinos and other underserved communities can access support for investing in their neighborhood and improving the area.

“The resources are there for that to happen, and that didn’t exist when I was growing up,” Rosado said.

Financial Literacy is the Key
Money is needed in everyday life to survive and get ahead.

But in Rosado’s view, money isn’t worth anything unless the person who possesses it knows how to save it.

While working at Budd Company in Hunting Park, Rosado’s grandfather didn’t make a lot of money. He worked additional jobs, including repairing roofs on the weekend. The young Rosado would often tag along to help.

Bit by bit, Rosado’s grandfather eventually saved up enough to begin buying apartments in the Northeast. Rosado rented out one of those apartments when he was 17.

That experience helped Rosado learned the true value of saving your money, and that’s what he tries to help others grasp through his work in the community and the number of different boards he’s affiliated with.

“To me... money means saving and investing. Financial literacy is important,” said Rosado.

The banking professional is driven by educating people about financial literacy, and the power of money.

“It’s really understanding what is money, how to use money, how can you save money, how can money make more money for you through investing it and buying assets, and not creating liabilities,” he said.

Using a program called Hands On Banking, Rosado has committed to helping young people across the city become financially literate.

Latino Entrepreneurship, an economic driver
According to the U.S. Census Bureau, the number of Latino-owned businesses grew by 46 percent between 2007 and 2012, while the number of U.S. businesses have declined.

The growth in the number of Latino entrepreneurs is often, in large part, due to circumstance.

“What I have found is that it’s not a choice sometimes to be an entrepreneur… it usually happens by default,” said Rosado.

“It’s usually a worker who grew up within very modest means, sometimes didn’t follow through with education, even at the high school or undergrad level. And so, what are you going to do to support your family? You’re not getting a job at a corporation because of lack of education and skills. So, you’re almost forced and cornered to start a business,” he added.

The idea of starting a business to care for your family often correlates with the lack of expectation for the business to grow by way of a long-term strategy. It then becomes a matter of trust towards institutions.

“The only two ingredients you need is risk tolerance and hard work ethic… entrepreneurs have that,” Rosado said.

“It’s really just helping them create a blueprint, finding those who are motivated to do it, identifying who they are and then making sure that we’re leveraging resources from everyone else who’s profiting.”

“I’m fortunate to work for a company that invests back into the community, but it’s about challenging those larger companies about investing into your community... to then use those free resources and deck them against our Hispanic entrepreneurs to help them grow.”

Sharing the Wealth of Knowledge
As a longtime member on the board of the Hispanic Chamber of Commerce for Greater Philadelphia, Rosado often speaks about accountability.

He’s seen over the years people start at the bottom, land a contract and then not return. He’s seen people who began in a similar environment as he did growing up find success in their business or company, and never return to the area.

With the important role mentorship has played in his life, Rosado now focuses on serving as a mentor himself. 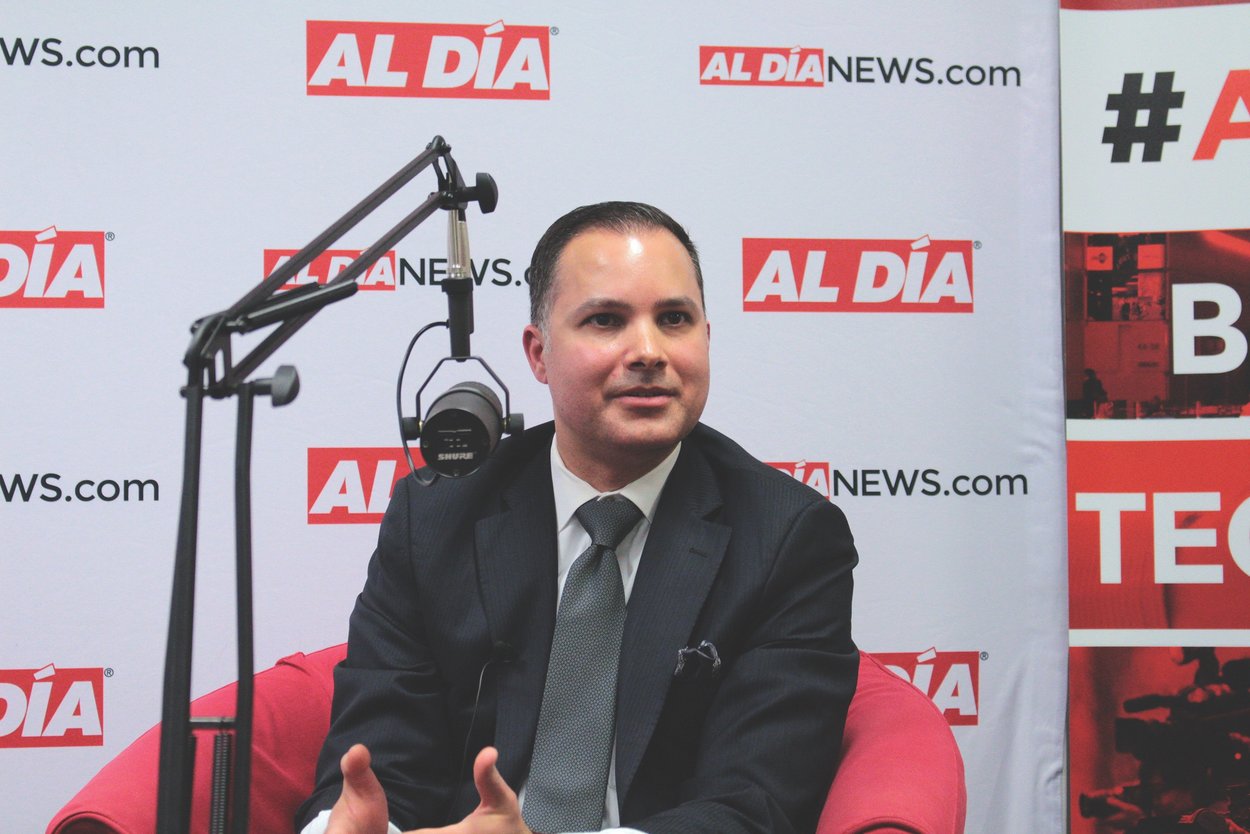 When Rosado was elevated to his first leadership position at Wells Fargo in 2007, it allowed him the opportunity to do what he loved to do best.

“The only reason I wanted that job is because I was a mentor prior to that, and I got more joy helping people reach their goals, than I did helping customers reach their goals, and I really wanted to make a big difference,” he said.

Rosado said that the question he goes back to on a daily basis is: “How can I add value?”

“When I’m concentrating on adding value, that turns into good performance,” he said, noting that helping create an engaged team translates into better customer service, which in turn helps the company as a whole to grow.

Rosado has had numerous opportunities to relocate over the years, but due to the fact that the culture of Wells Fargo matches his values and passion, he sees no reason to leave the company or the city.

“I grew up in Philadelphia, I work in Philadelphia, and I see Philadelphia as a city that’s going to prosper well into the future,” said Rosado. “All the hard work and blood, sweat, and tears I put into this city, I want to be here to experience that prosperity.”