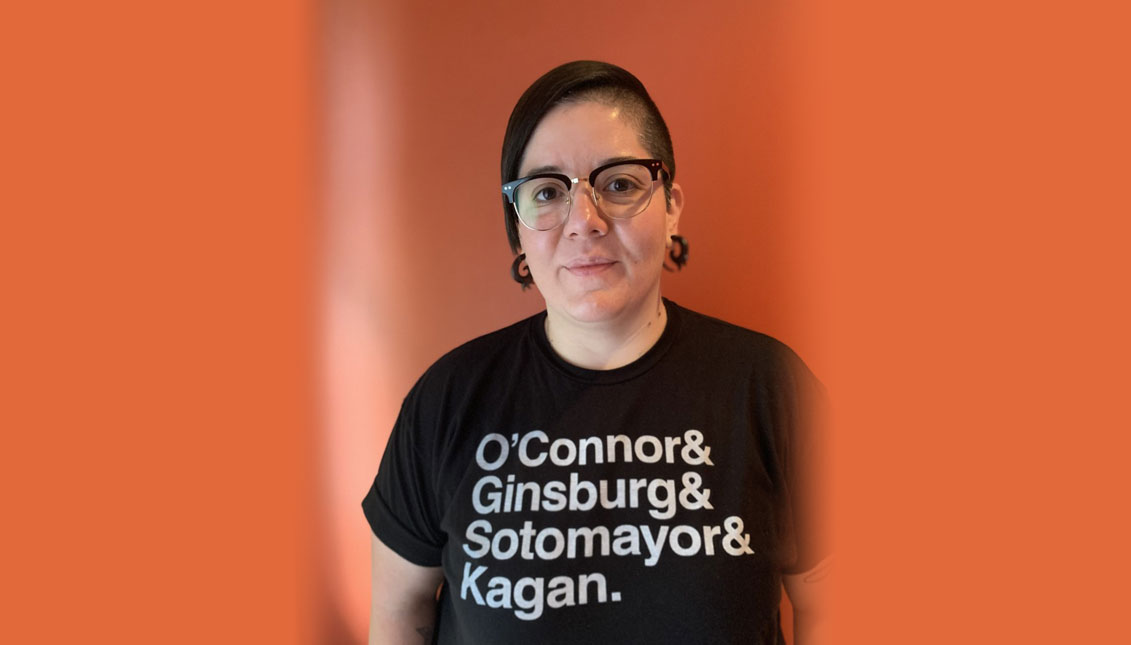 Ann Liberona is a Latina member of the LGBTQ+ community making her voice heard to connect two identities that make up who she is.

A UN Champion of the Earth 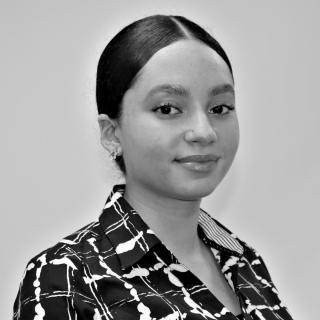 As a member of both the Latinx and LGBTQ+ communities, Ann Liberona calls on both to support each other and “be the person you needed when you were younger.”

Liberona is a Latina self-identifying lesbian superstar at work and in her own communities who uses her voice to speak out against injustices to both that make up a big part of her.

As the Director of Global Education at Chestnut Hill College in Philadelphia, Liberona leads the globalization efforts at the college by recruiting international and exchange students and promoting its study abroad program. She’s also the advisor of the student-led Hispanic and Latinx organization, La Voz Latina, that promotes and celebrates the Hispanic and Latinx culture on campus.

Fostering the diversity she brings to the college campus, she was fortunate enough to receive that same invitation of inclusivity and acceptance within her own family and circle of friends when she officially ‘came out’ as lesbian at 21.

Still, Liberona said she initially feared coming out, but didn’t let it define her.

“Like for anyone, you have to find yourself and be emotionally ready to say ‘no, this is not how I’m going to live my life,’” she said.

Liberona also mentioned she was lucky for the support of her family. She was born to Chilean parents in Philadelphia.

Before she came out to them, her brother had already done the same.

“So me coming out wasn’t anything special or difficult,” said Liberona.

But while her experience was one of acceptance and love, Liberona knows not everyone she crosses paths with will feel the same as her parents and friends about her sexual orientation. Those experiences became more pronounced after she had a child, Matteo, with her wife Kelly.

“You Would Never Ask That of a Straight Couple”

What puzzles Liberona are the assumptions many have made about her and Kelly based on their perceived qualities and how “feminine” or “masculine” they are.

“People are very quick to ask questions that they wouldn’t ask of a straight couple,” she said.

When telling others of their initial thoughts towards having a baby, initial questions ranged from who would carry the baby to where they would get the sperm.

But as their decision became final, Kelly was found by many to be more feminine, and there was no question when having Matteo that she would carry him.

Despite the perception she has of “doing the more ‘masculine’ things around the house,” Liberona said — unbeknownst to many — she is a mix of both ‘feminine’ and ‘masculine.’

In fact, Liberona has always wanted to be a mom whereas Kelly didn’t until she actually did.

When they did have Matteo, the gender roles went back to stereotyping both her and Kelly as feminine in the hospital.

“Nurses and doctors were very quick to not check in on us and not provide help because they were like ‘oh, it’s two moms, you guys are fine,’” said Liberona.

In spite of these experiences, she remains open and proud about her family, sexual orientation, and heritage that gives her a different perspective that heterosexual Latinos or Caucasian LGBTQ+ members do not experience.

As a Latina, Liberona also brings another perspective to the LGBTQ+ experience apart from her Caucasian partner.

“I think it is difficult to be a part of two minorities- three if you count being a woman. Some people don’t think I am Latina but growing up if you ever saw my family, you would know it right away,” said Liberona. “I definitely entered a room and felt out of place and I don’t think things like that have necessarily happened to her.”

Still, Liberona wants to highlight how that privilege in the LGBTQ+ community has pushed the movement further than other marginalized communities.

“Largely due to the fact that we do have non-minorities in this group {LGBTQ+} and so that makes more people pay attention to it,” she said. “People throw out ‘love is love’ but when you look around and see what’s happening, it’s not across the board. You can hide your sexual orientation if you want to, but you can’t hide the color of your skin.”

However, even within the Latinx community there are disparities between its LGBTQ+ members. Liberona said lesbian women are more privileged than their male counterparts because of a double standard she experienced first-hand with her brother.

“There is a certain type of ‘machismo,’” she said. “My brother looks very much Latino and so his experience is very much different than mine,” said Liberona.

With being a Latina lesbian, and facing double the prejudice, she has taken it upon herself to be a voice and mentor for those who share similar identities with her by mentoring La Voz Latina, maintaining an “open door policy”, and serving as an LGBTQ+ ambassador at work.

“I like to support the younger group coming in and their ideas and it is good to see someone a little older who might be in the same community as you and try to be a mentor," said Liberona about La Voz Latina. “I am proudly out, proudly out at work, and am glad there is an open door in my office which is my way of being heard.”

She also advocates for her LGBTQ+ students through events with the Office of Diversity and Inclusion.

Liberona proves to be resilient in both groups and uniquely uses her voice to educate others and calls for unity among these two groups and others who may identify with multiple communities at work and volunteer services.

“Be true to yourself and it is not worth hiding from people who aren’t going to support you and there are a lot of people willing to be your family who may not be your blood,” she said.