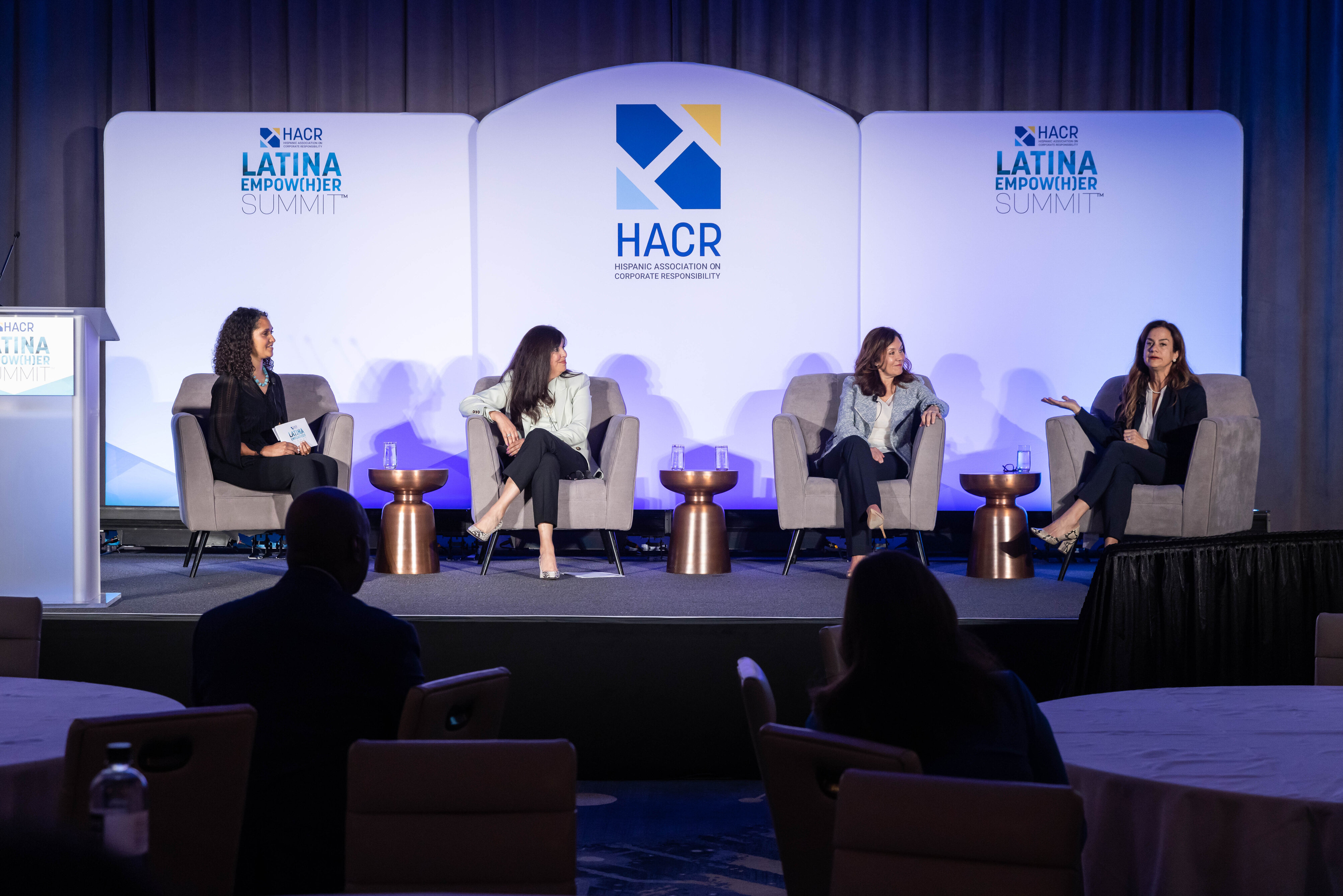 'Reimagining the Global Opportunity' was the name of the talk led by Sylvia Pérez Cash, senior vice president of the Hispanic Association on Corporate Responsibility (HACR), who led a panel of women where the role of globally-assigned positions within the companies, and how they can become excellent opportunities to advance professionally was analyzed.

Mrs. Gloria Bailey, SVP of the Market Executive Bank of America Corp, was the first to speak during the conference, pointing out important figures within her corporation.

“Women make up 15% of the total workforce; 32% of the total administrative global group; they represent 38% of boards of directors. In fact, as of the end of 2021, our company was the only one of nine S&P 100 firms with six or more women on its board of directors,” she said.

For Bailey, this has been possible thanks to a plan in which her company has recruited talented women, investing in their careers and listening to their inspiring stories. The effort has also made it possible to bring economic recovery tools to women both in their communities, and globally.

For her part, Alba Baylin, Stakeholder & Community Management for The Coca-Cola Company, highlighted how the company she represents, which is one of the sponsors of the Summit, “seek[s] to make a difference in the area of empowerment and economic mobility with special emphasis on women.”

Baylin also touched on the role of relocation around global positions as a way for women to advance professionally.

"These types of positions are extremely important because they give us the opportunity to become familiar with other markets, while pushing us out of our comfort zone," she said.

Although it will never be easy to move to a new place for a job opportunity, the panelists highlighted how women, especially Latinas, have a great capacity for adaptability and flexibility that allows them to respectfully engage with a different culture, always learning and expanding their knowledge, discovering elements in common and embracing differences.

Ileana Musa, head of International Banking and Lending Morgan Stanley, highlighted that Latinas and Latinos do not spend enough time thinking about the advantages that their environment brings them during a corporate career, noting that "there is great value in bringing the biculturality to the workplace, which becomes an X factor that allows them to stand out from other candidates.”

“When you have to work with other cultures that are very different from your own, it requires you to be able to adapt your skills and style of doing business, which prepares you to be a better leader,” Musa said while pointing to Latinas as an extraordinary example of cultural adaptability.

"We are innovators and advanced thinkers,” said Mrs. Gloria Bailey, pointing out how these qualities are precisely what companies seek to grow both nationally and internationally, going from being a legal requirement of inclusion to a true philosophy of cultural diversity used to strengthen the different business portfolios. In this way, a Latina can perfectly play any global role and even create her own particular position thanks to her ability to adapt and transform her environment.

Bailey, who stressed the importance of having a sponsor, also noted the importance of "sharing your vision and having clear goals." Both in national positions and in global assignments, supervisors and colleagues are always attentive not only to skills and abilities, but also to the they can contribute from their own idiosyncrasies to cross borders.

Musa also pointed out the importance of keeping an open mind and creating a solid network of contacts with other like-minded entrepreneurs that allow them to generate mutual growth after knowing their strengths and the spaces where they can work together, always respecting their particular objectives and not fearing to make decisions.

“Focus on negotiating only something you have control over,” Musa said, advising those thinking of accepting a new role that involves a transfer and subsequent relocation.