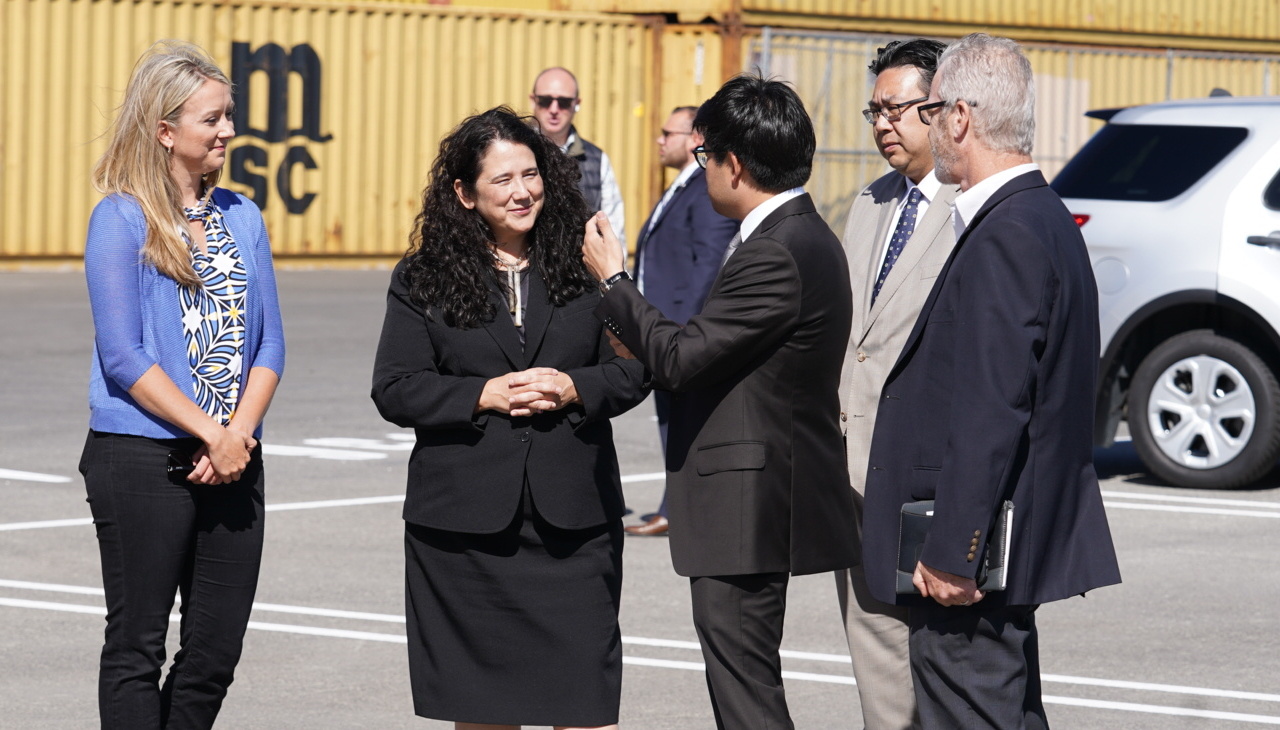 The Administrator Isabel Casillas Guzmán in the port of Seattle. Photo: @SBAIsabel.

SBA Administrator Isabel Casillas Guzmán recently announced a group of 52 U.S. state and territory international trade agencies, the largest number since the program's inception, that will be recipients of federal funding after a very narrow selection process.

$20 million in grants will be distributed through the SBA's State Business Expansion Program (STEP), resources intended to promote the growth of small business exports, an initiative that has more than 10 years old and in which more than of $215 million have been invested.

“For over 10 years the SBA’s State Trade Expansion Program has been a critical resource for small businesses and startups seeking to enter new markets, diversify and grow revenue streams, and identify new customers – all with an eye toward scaling their business for success. By providing this funding opportunity and leveraging the strengths and expertise across our state governments we can continue to help our diverse entrepreneurs innovate and take advantage of emerging opportunities abroad as we transition to stable, steady growth,” stated Casillas Guzmán.

Celebrating the first 12 years of the STEP program, the SBA highlights how the subsidies have facilitated the growth of exports and have allowed small businesses to expand, a scenario that demonstrates the high demand that this initiative has, leaving this year a combined request for more than $39 million in funding.

Created in 2010 as part of The Small Business Jobs Act, STEP has left important figures:

“We are thrilled to reach this historic ten-year milestone of what has become a very impactful tool for export promotion. We are even more thrilled with the outcomes of the grant; the STEP program continues to be validated by its strengthening returns on investments, increased demand for funding, and expansion of eligible small business concerns addressed,” said Gabe Esparza, Associate Administrator for International Trade.

Through the tools provided by the program, several companies have been successful in their export processes, something that was seen last year when, for every $1 in funds for STEP, companies benefited from $42 in export sales. These are the included activities:

Individual STEP awards are administered at the local level by state government organizations. To find out if your state or territory has won an award and to apply for funding opportunities, click here.