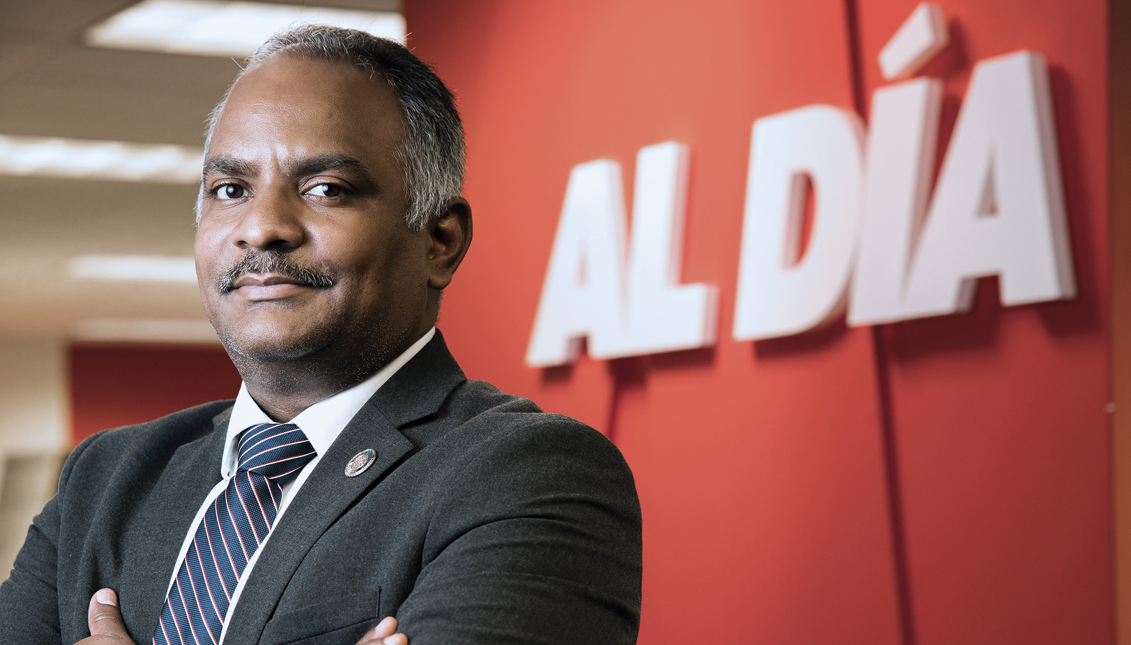 What brought Danilo Burgos to politics? He wanted to be the change in his North Philly community. Photo: Harrison Brink.

Danilo Burgos, The Dominican for all Latinos in Harrisburg

The road to leading a city for Danilo Burgos came to him at a very young age and amid a tragedy.

Burgos was only a teenager when his uncle was murdered in Philadelphia. Following that, the interaction his family had with the local police department and homicide unit was abysmal at best.

“They wouldn’t even meet with my cousins and my aunt to discuss his case,” he said. “Sometimes it would be blamed on language barriers or they were busy, or they just flat out didn’t have any info on the case.”

Though not immediate, three years later, he made the jump to get involved with his community and create change.

In 1997, Burgos, his cousins, and three other local business owners started the Philadelphia Dominican Grocers Association.

Through the organization, the group was able to address issues affecting the bodegas in North Philadelphia that centered around civic issues, interactions with the health and police departments, safety in the community, license inspection, and more.

It’s creation also coincided with an effort from the city in the late 1990’s to start enforcing laws on small businesses. Despite enforcement, the city still lacked a lot of information on actually starting your own business, which the organization also provided.

Getting Involved in Latino Politics

Burgos first got involved in office was when then-Philadelphia Director of Fair Labor Standards, Juan Ramos, ran for an at-large City Council seat in 2000.

Following that, Burgos has been involved in Latino politics ever since. He later dove in at the city level for six years as part of the staffs of councilmembers María Quiñones Sánchez and Allan Domb.

When it comes to influential leaders, Councilmember Sánchez is at the top of Burgos’ list.

During his time in her office, she not only influenced him, but also the community she served. Seeing the impact she had is what eventually drove him to seek higher office to dictate the policies that affected his community as PA’s first Dominican state rep.

When speaking of being the first Dominican in PA’s House of Representatives, Burgos was reminded of the intense community pride he felt just before moving to Philadelphia from Washington Heights in New York City.

During his time there, he witnessed then-conflict resolution mediator and volunteer Adriano Espaillat — now a U.S. rep from New York’s 13th district — come to the school and rename it after one of the founding fathers of the Dominican Republic, Juan Pablo Duarte.

“It was a moment that I remember very dearly because there was a lot of pride, a sense of accomplishment at the time for a very Dominican-populated community in Washington Heights,” Burgos shared.

Now, he plays a similar role for his community in North Philadelphia in Harrisburg.

However, he noted that he did not just see himself as one ethnicity, but as a Latino wanting to help his other fellow Latinos.

During these times of a pandemic and social uprisings over racial equality, building and maintaining trust is a challenge. For Burgos, to create trust, you have to show it through your work and engagement with the community by allowing others to also be at the table.

However, throughout the civil unrest that has unfolded over the last four months, he has admitted it is hard to maintain that trust.

“We’re still discussing issues that were prevalent in 1960 and that is the most disheartening part,” Burgos said. “No matter what work has been put into civil rights, this is 2020 and we’re still fighting for the same issues.”

Much like his initial motivation to run for office, Burgos drove home that we need to be the change we want to see in the community to finally win those long-standing fights.

“Most importantly it’s about respect and how we respect one another and get as close to equality as possible instead of just having it be a hashtag,” he said. “Rather, let’s have it incorporated as a way of life so no one feels like they don’t belong, particularly in Philadelphia.”

The way he proposes change is by the continuation of work. Continuing to use public service systems to represent the communities and not just the majority of one group. 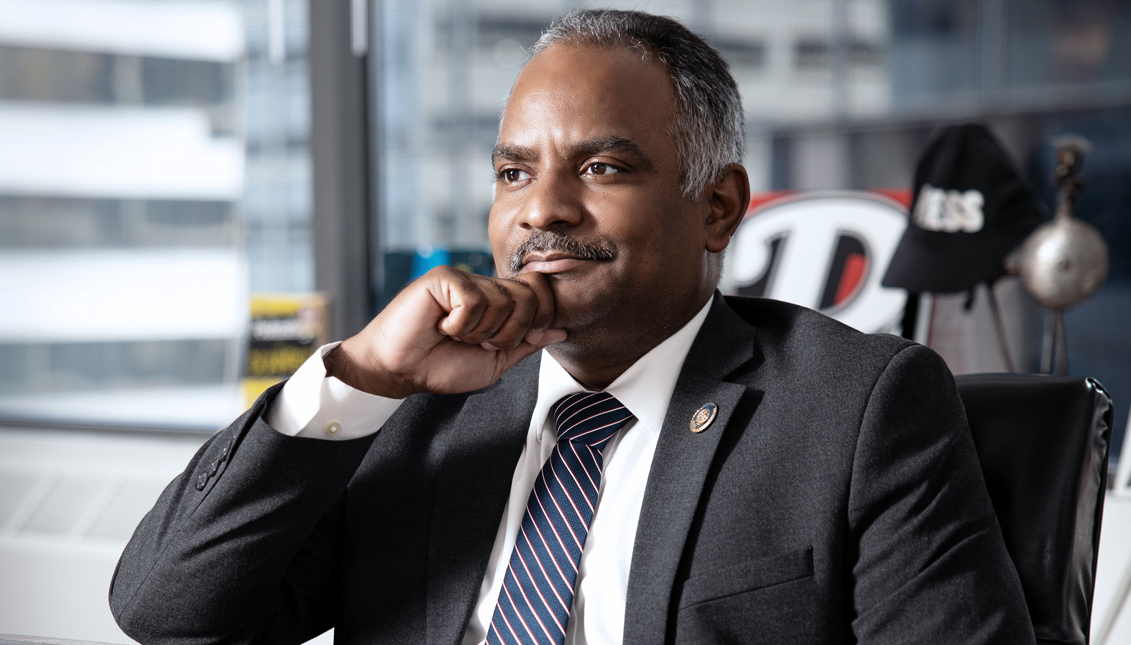 It’s why a big part of his election to Harrisburg was to finally put North Philadelphia’s issues at a state level. In doing so, Burgos has reintroduced the city by emphasizing positives like the entrepreneurial spirit of the community he serves and its hard-working people.

“A resilient community that has the desire and the will to succeed,” Burgos said.

However, he says there are still issues the city needs to address and overcome. As always, the solutions rise from the collective — from Dominican grocers in North Philadelphia all the way to state leaders in Harrisburg.

“It’s going to take all of us working together. All the politicians, not just one person,” said Burgos.

Despite the recognition as AL DÍA’s Public Service archetype in 2020, he says what it takes to lead in his position is working tirelessly, indiscriminately, and without worrying about such accolades.

And he’s got a load of jobs to get done long into the future regarding his community.

High on the list is bringing education reform to North Philadelphia schools to make sure all elementary and high schools kids are achieving and excelling.

“I strongly believe that our educational system is ground zero for us to be able to create real change in our communities,” said Burgos

With students back to school and activists pushing for the #yearofpurpose, Burgos says he wants to go above it being just a hashtag and embracing the work that’s gone into uplifting communities.

“Too many of our Black and Brown communities do not know the sacrifices or where they come from. The sweat equity of the hard work that those that came before us put into what we have today, and that has been intentionally swept under the rug,” he said.

By not teaching young people about the past, society risks them repeating the same mistakes, according to Burgos.

But in his mind, that education starts with its wording.

When asked about implementing Black history and ethnic studies, Burgos said it should not have such a label because it IS American history.

Though mainstream teachers may not have wanted to cover it, Burgos emphasizes that we need to be intentional and realize we are ALL Americans.

“For years, the rightful recognition of Black and Brown communities to the growth and to what they represent to the U.S. has not been recognized, and we need to recognize it by calling it what it is: American education,” he said.

The improvements Black and Brown people have made to this country have also not just improved life for themselves, but so all Americans can co-exist.

“We need to reinvent ourselves,” Burgos said.