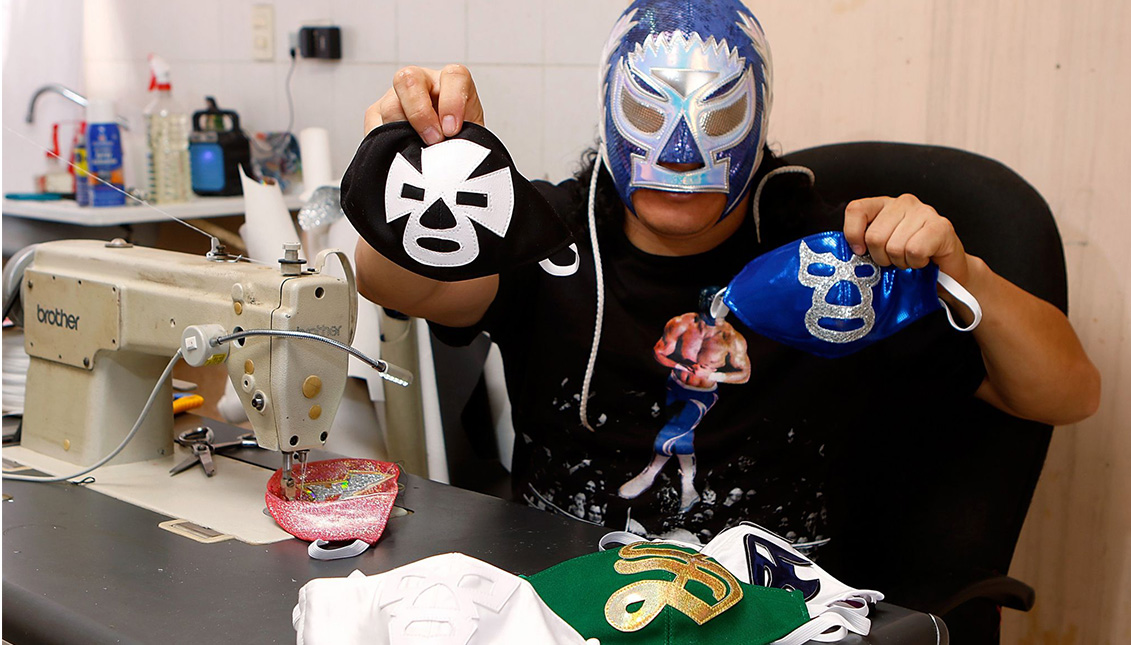 Hijo del Soberano is one of the wrestlers who, with the closure of his circuit, has started to make surgical masks inspired by wrestling and sells them all…

It is said that when the legendary Mexican wrestler, El Santo, died, he was buried with his mask on. Wrestling has been in the country since its origins at the beginning of the last century. It's one of the biggest sporting events at the level of soccer and handles large amounts of money and entertainment, with its fabulous "suicide" jumps, its costumes, ornate masks and mythical wrestlers, who mostly inherit the wrestling path of their parents.

Therefore, to talk about wrestling in Mexico today is to talk about pugilistic dynasties and acrobatic artists like Misterio and Son, Dos Caras and Dos Caras Jr., the mythical Blue Demon, or the still more legendary Huracán Ramírez.

With the health crisis of the COVID-19 and the quarantine imposed worldwide, these superheroes of Mexican popular culture have had to leave the ring for a while, which has seriously affected their economy. In response, some of them, used to making their costumes and masks, have armed themselves with their sewing machines and their prodigious hands, which strangle the opponent as they thread a needle, and launched themselves into making surgical masks inspired by their universe of fantasy and low blows.

One of them is Hijo del Soberano, who, in his green and gold spandex, competed in the wrestling circuit four nights a week. Now, from his home in Torreón, in the state of Coahuila in northeastern Mexico, makes these colorful masks with his wife and sells them through the Internet to customers all over the world.

The new direction began the same week as the announcement of confinement in Mexico, when the fighter started to worry and his wife convinced him to sew surgical masks to protect against the virus.

"I said no, I make masks for disguise," he told NPR. But as the bills accumulated and food became scarce, he finally gave in.

"Early one morning, I heard a noise coming from the sewing room," recalled his wife, Marissa Espinoza. "By the time I got up, I had sewn several different types.

The change didn't take long, as he is expert at handling the needle:

"I just altered my skills a little bit and made the mask from my nose to my chin," he said. 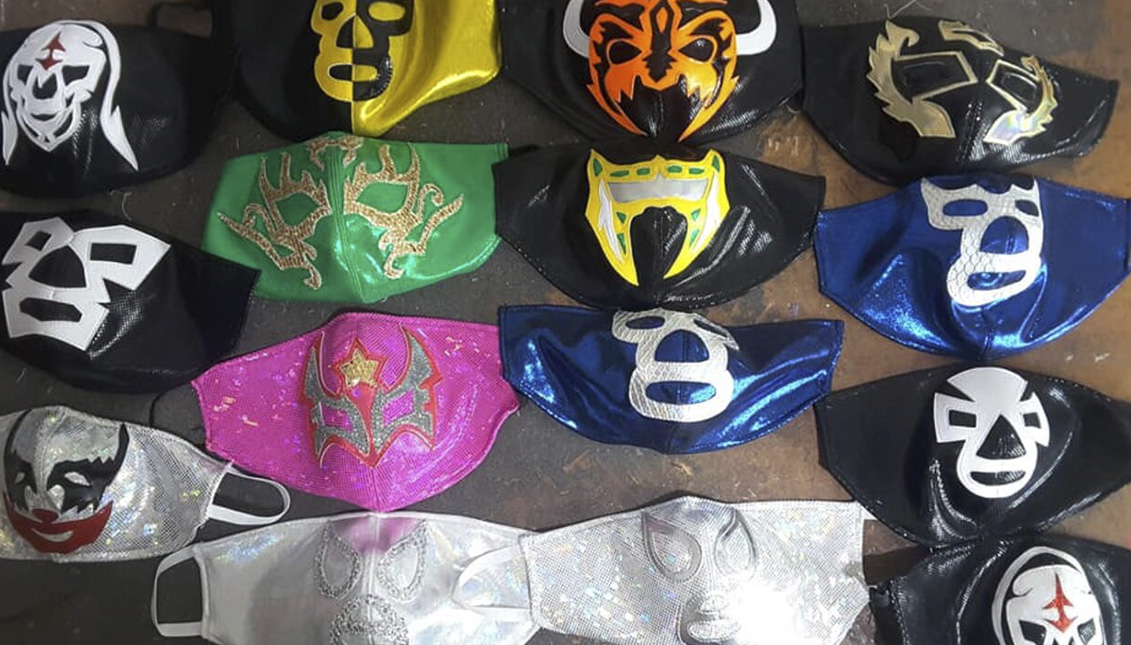 His masks, which at the beginning were only worth about $5, pay homage to the classic wrestlers of the Mexican arena. There are silver ones, like El Santo's mask, or blue and white ones, like Blue Demon's; and, of course, there is his own design of green and gold.

Sales are growing, Hijo del Soberano is sewing more than 200 masks a week. His problem is no longer money, it's labor he needs.

"We used the material we had for the costumes. We used the lycra and the fabrics that are used in making the fighting suits. They are double-stitched and reinforced with fabric," the fighter told ESPN.

The Latin American country now has 19,224 cases and 1,859 deaths from COVID-19, according to data from Thursday, April 30. But with the use of these masks among the population and with respect for the hygienic and social distance measures imposed by the government, sooner or later the coronavirus will be on the ropes.