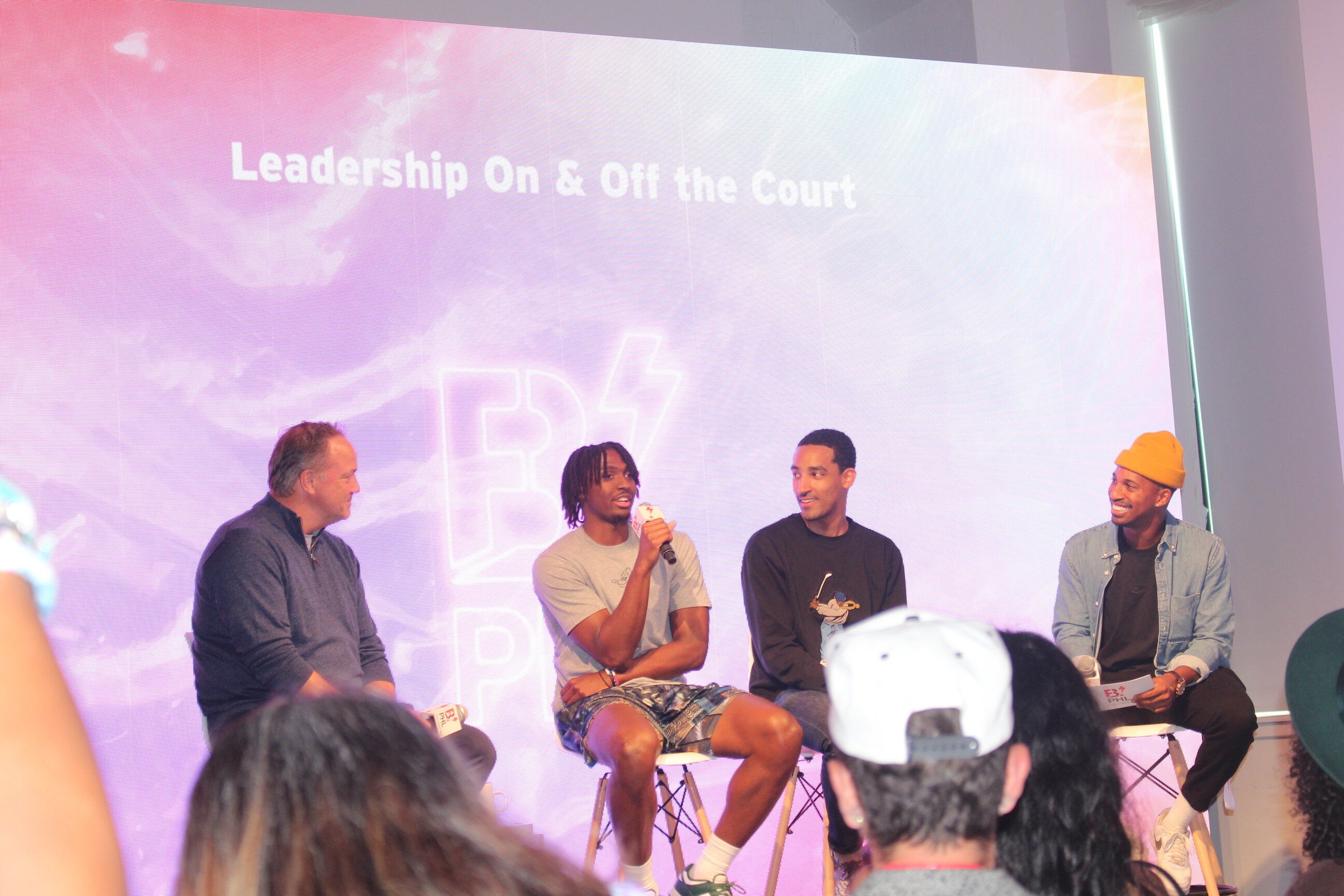 Leadership from both an individual and organizational standpoint

A panel during the 2022 B.PHL Innovation Fest discusses the topic of leadership from multiple angles.

When Tyrese Maxey isn’t driving the basketball into the lane, shooting threes or dishing out assists as the Sixers’ starting point guard, he still remains a leader off the court.

His leadership, as he states, is a direct result of his upbringing.

“My mom and dad worked extremely hard for everything they’ve got. We’ve had to earn everything. So that’s kind of where I got my work ethic from,” said Maxey.

Maxey was part of a panel during the fourth annual B.PHL Innovation Fest on Friday, Sept. 9. The topic was all about leadership.

He was joined on the panel by David Gould, chief diversity and impact officer for Harris Blitzer Sports & Entertainment; and Tad Brown, CEO of the Philadelphia 76ers, and moderated by Christian Crosby, the voice of the 76ers.

When it comes to leadership, Maxey gives all the credit to his parents and the fact that he grew up in a household with both of his grandparents present.

Through them, he learned courtesy terms and how to communicate with all different kinds of people.

“I wanted to be a basketball player, I wanted to be in the NBA. But one of my biggest things is, I want to be able to communicate with anybody in the room,” he added. “I wanted to always be able to say that I can sit down in front of the President and talk to him or her.”

Brown also emphasized that listening is a critical part of being a successful leader.

“In any situation, in any position, you have to listen, you have to be able to amplify those around you, amplify their strengths, help out their weaknesses, bring people together as a team, understand what your ultimate goals are, and make sure that everything's going in that direction,” said Brown.

In addition to that, presence is another key factor of successful leadership.

As chief diversity and impact officer, Gould is tasked with a daily mission of making sure he treats people the right way.

“My career has really been focused on ways I can give back to the city that I’m from,” said Gould.

His role was created during the summer of 2020, a result of the aftermath of the George Floyd murder.

He noted how it led to an overdue conversation about the role that structural racism has played in the Black, and other diverse communities.

While many organizations put other statements during the time — Sixers included — the goal was to go far beyond that, leading to a realization.

“We came to the conclusion that at the end of the day, we are not a racial and social justice organization,” said Gould. “We’re incredible at marketing, we’re incredible at storytelling, and we also operate a very large and significant business within our communities.”

Given the organization’s access to many diverse businesses, it decided to create a program that acknowledges the impact of discrimination and provide resources to help diverse business owners work toward creating wealth in their communities.

Overall, leadership has to be a continuous commitment.

Maxey notes that since he was drafted by the Sixers in 2020, he has made it a commitment to give back and share some insight on the lessons he has learned throughout his life and career.

He notes “The Five P’s” that he lives his life by.

With that mindset, Maxey is able to succeed on the court with his teammates, and also off the court, with his family, teammates, fans, and the entire Philadelphia community.

As the Sixers prepare for the upcoming season, leadership will be displayed throughout the organization, from the players to the front office.