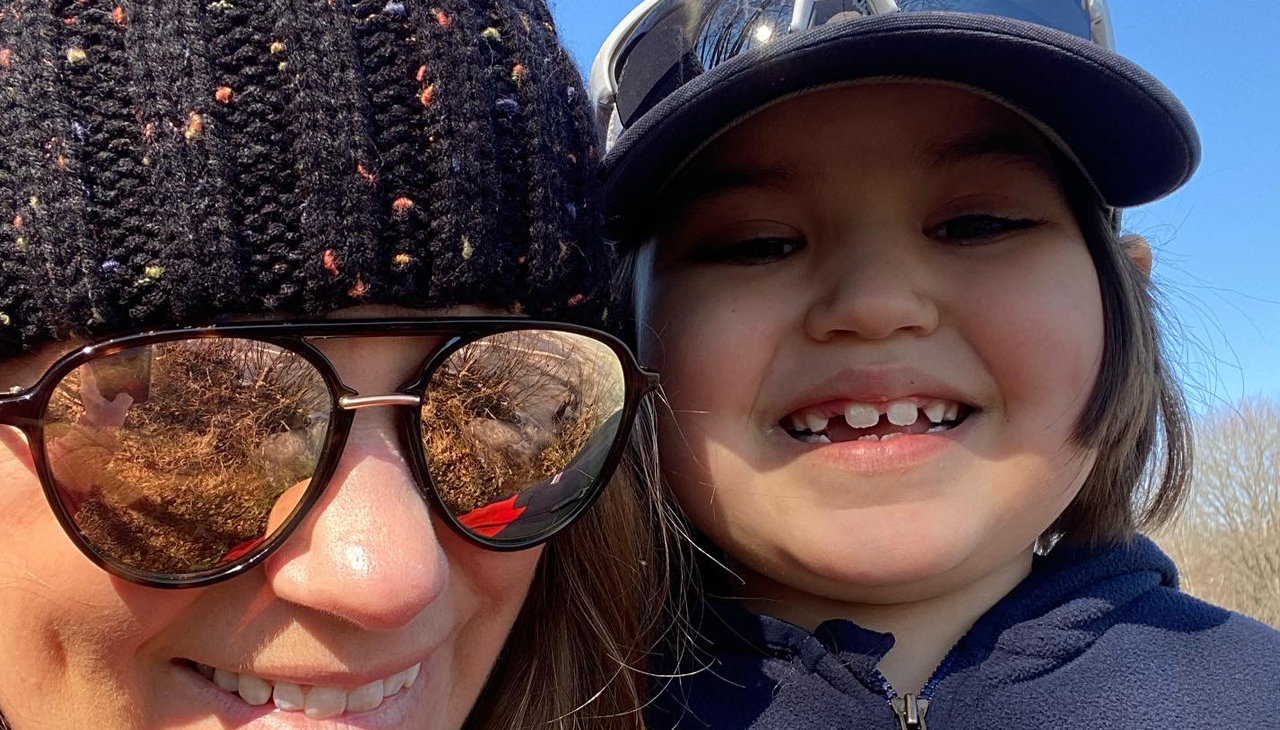 How a mom’s fight to save her son turned into one to save people across the U.S.

When Missy Ramirez’s son was diagnosed with an autoimmune disease that affects one in 1.6 million, her life took on a new meaning.

Missy Ramirez knew something was wrong when her son Jax came up to her at a Thanksgiving celebration in 2018 and asked to go home.

The next day, the same quiet he showed at the family gathering persisted. The usual control he showed while driving his Power Wheels in the backyard was gone. When Ramirez called the pediatrician, Jax didn’t have a fever, cough, runny nose, or any other common sign of illness.

“Hang tight,” was the pediatrician’s response.

Still, her “mama’s gut” said “something was off.” Then, her two-and-a-half year old began struggling to breathe and couldn’t stop shaking. Ramirez left her newborn Lincoln at home and rushed Jax to urgent care, where the doctor’s first words still stick in her head to this day.

“Mom, he has Type I diabetes,” she said. “I can smell it on his breath and I see his breathing.”

Jax was experiencing diabetic ketoacidosis (DKA), a life-threatening complication that most commonly occurs in people with Type I diabetes. It happens when a patient’s blood sugar is extremely high and their insulin levels are very low, as the liver breaks down fat for energy, leading to dangerous levels of ketones in the body.

Jax’s blood sugar was measured at 310 in urgent care before he was taken to the hospital and placed immediately in the pediatric intensive care unit (PICU). It took 10 days before he could return home to parents who now had to learn how to care for a toddler with Type I diabetes.

“It was hard,” said Ramirez. “Now we're taking home a baby, a newborn baby, and this baby that we knew, and now I felt like I didn't know. I felt like he was a stranger.”

Little did they know at the time, Jax’s Type I diabetes diagnosis was just the beginning for the family.

From fine to supercritical

Life did go back to normal, but in Ramirez’s words, Jax’s condition “would always be bouncing in between supercritical times and then fine times.”

In 2019, after a Fourth of July gathering in their town of Zelienople, Jax developed lesions on his face and neck to the point he couldn’t drink or eat anything, and they spread to his eyes.

The initial thought was hand, foot and mouth disease, common for children under five, but the official diagnosis was herpes simplex virus, or HSV. Jax spent 14 days in the hospital and was prescribed preventative medication.

When he actually did get hand, foot and mouth disease at the end of 2019, a year removed from his Type I diabetes diagnosis, HSV returned, and progressed to scalded skin syndrome. Jax needed eye surgery to repair the damage.

The next year, 2020, brought COVID-19 to the world and the flu to Jax, who was intubated and put into an induced coma for seven days. He recovered and then returned to the hospital after getting a flu shot later in the year.

When he got the flu shot again in 2021, Jax got double vision, returned to the hospital, and was diagnosed with myasthenia gravis. It’s an autoimmune disorder that destroys communication between the nerves and muscles, affecting mostly the eyes, mouth, throat and limbs. For that, Jax undergoes immunoglobulin, or IVIG treatment every five weeks, which helps reduce the effects of autoimmune diseases.

If it sounds like a lot, it has been and then some.

Throughout it all, Ramirez would constantly hear of her need to persist from doctors and others to get through the “bad luck” streak she was experiencing with Jax’s health. She never bought it. The Ramirezes ate healthy, stayed active, and autoimmune diseases didn’t run even in the extended family, so what was the problem?

Ramirez kept pushing for answers, and one came finally from Dr. Hey Jin Chong at UPMC Children’s Hospital of Pittsburgh. Chong is the division director for Pediatric Allergy and Immunology, and the program director for Immune Dysregulation Diagnosis and Treatment Program. In short, she’s an expert in disorders children have from birth, and how to treat them.

When Chong met Jax, she ran a genetic panel that analyzed his genes for autoinflammatory disorders. He came back positive for IPEX syndrome. Standing for immune dysregulation polyendocrinopathy, enteropathy, x-linked syndrome, the disorder shows early in life in the form of diarrhea, eczema or diabetes, and affects just one in 1.6 million people.

Though extremely rare in general, IPEX is much more common in males than females because they only have one X chromosome.

It is a recessive disorder linked to the X chromosome. For males, the mutation only has to appear on one copy of the gene to show. In women, with two X chromosomes, it must appear on both copies.

As a result, the mutation is only passed down by the mother. When she was tested for IPEX, Ramirez also came back positive. Her second son Lincoln was also tested, but came back negative.

“My siblings now have to be tested for IPEX as well, because it's obviously in our genetic code,” she said.

Adding to Jax’s situation, because his IPEX showed in the form of diabetes and developed after two and a half years rather than in the first few months of his life, it was determined he had the rarest form of the syndrome.

“So all of these things that happened to us now fall in the bucket of IPEX. Type I is because of IPEX, all of those reactions to all of those things are IPEX. He just wasn't classically showing the symptoms,” said Ramirez.

The only cure for IPEX is to receive a bone marrow transplant from someone with the same human leukocyte antigen (HLA for short). It is a system of genes on the sixth chromosome of humans (there are 46 in total) that regulates the immune system, and is unique to people. Everyone also has a match.

Ideally, Jax’s match would come from within his family, but his brother Lincoln is not an HLA match. Ramirez and her husband also cannot be his match given they are his mom and dad. The ideal age range for a donor is between 18 and 35. When she reached out to Be The Match, which runs a nationwide bone marrow registry with 22 million registered donors, there were also no matches.

A reason it’s so difficult could be because of Jax’s mixed heritage. His mom is Slovak, German and Irish, while his dad was born and raised in León, Mexico. As is the case across the medical industry in processes like clinical trials, there is also a major lack of diversity when it comes to donor pools.

According to data from Be The Match, just 48% of all Hispanic and Latino individuals are able to find an HLA match for a bone marrow transplant. It gets even worse for Black and African-Americans, where the match rate drops to just 29%.

It is at this point that Ramirez’s mission took on a different meaning. In her own words, she became Jax’s “warrior,” and one for everyone else in the same situation without a match. To be clear, Jax’s match does not necessarily need to be Mexican or of any Hispanic or Latino descent, but it could increase his chances, and those of countless other people.

“That is a national tragedy that we don't have enough diversity on the registry to save people's lives,” she said. “So our mission is to find Jax a match and everybody else because no family should ever suffer like this.”

At the start, Ramirez was told it would be like “winning the lottery” to find Jax’s match.

“I will win this lottery,” was her response.

Be The Match for Jax

She started by telling her story in and around the Pittsburgh area, scoring some spots on local news channels and publications. It expanded to hosting live drives for a match at high schools, colleges, and at other community centers and events in the area. She’s even gone to local bars on Saturdays in an effort to connect with younger populations.

Beyond Pittsburgh, Ramirez has partners in Florida, Texas, California and even Mexico working to find a match for Jax. She’s even gone to the Second Lady of Pennsylvania Gisele Fetterman for help.

“I will literally contact anybody, anywhere that has good foot traffic, or a good, diverse population,” she said.

To join the bone marrow registry, all it takes is a cheek swab.

In expanding her effort and taking it national, Jax’s story has played the centerpiece to a growing movement not only to find him a match, but also for others in the same situation.

Their progress can be tracked on Facebook at Be The Match for Jax. The name ‘Jax’ can also be texted to 61474 to have a swab kit mailed to an address to join the registry.

“Part of my force is I educate people on what it means to save a life,” said Ramirez, “because it’s very easy.”

TAGS
lindaronald002
I never thought I would be herpes negative again after been diagnosed for 4 years, I have tried everything possible in life from one medical doctor to another, one hospital to another, series of tests, different kinds of medication, I had already lost hope until I meet Great Dr. Riaria online testimonies, a specialist in herbal medication from Africa, I contacted him through his email and number I got from one of the many testifiers, and he prepared herpes herbal medication for me which I took for weeks and now I am completely cured. I have gone to different hospitals for check ups to be totally sure, and all my results are negative. I want to use this medium to express my gratitude to him for saving my life and curing me from herpes virus, for taking away all my pains and sorrows, I'm indeed grateful and I am so happy I'm now herpes negative. I will continue to tell the good news of your great works to everyone, if you have herpes virus or other disease contact him now via: [email protected] or WhatsApp him on +1 (917) 768-6584.

https://drriaria.wixsite.com/website
alarnaullah7
Herpes simplex virus is said to have no cure, just as i was told by my family doctor After i got Infected with the virus March 4th, 2019, that herpes can not be cured but can be controlled, Although i was a very stubborn person i never believed in what my doctor told me about herpes having no cure. Am a very honest person who believe in nature and i also believed that there could be cure somewhere in the world, I kept my faith so strong and kept on doing my research till i saw an article shared by a testifier on How a herbal Doctor Razor from west Africa, I Decided to use his herbal medicine, so i Reached out to him and explained my situation to him, he promised to guide me, after 4 days of reaching out to him i received my medication sent to me by Doctor Razor and he instructed me to use it for 18 days, After Completion of his herbal medicine dosage, i went for a medical checkup as i was told by Doctor Razor. I am so happy and extremely excited that I got cured of this Virus. Massive gratitude to doctor Razor. Reach out to him via his clinic email : [email protected] On whatsapp/call his cell phone +2349065420442. Together we stand a chance to fight herpes. Let's continue to share this till The whole world Gets to know that there is a herbal cure for herpes.God bless you all. Doctor Razor's Website : https://herbalistrazorherb.wixsite.com/drrazorherbalhome
Facebook Page : @HerbalistrazorMedicinalcure
Log in | Register
00:00 / 00:00
Ads destiny link