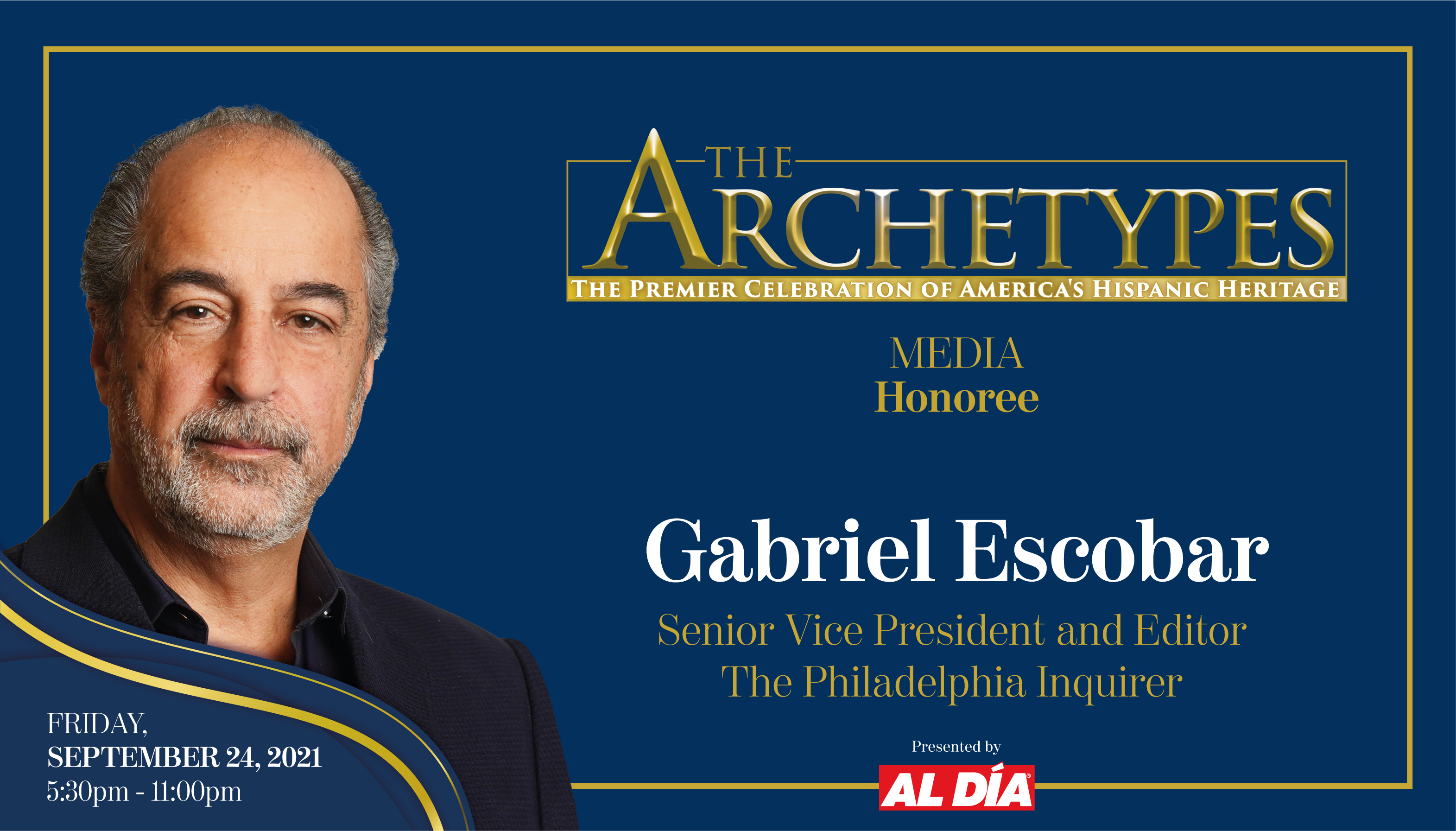 Philadelphia Inquirer Editor and Senior Vice President will be the recipient of the 2021 Ambassador Manuel Torres Award in the media category.

This year, the honoree in the media category will be Gabriel Escobar, Philadelphia Inquirer Editor and Senior Vice President. He was officially named to the post in November 2020, and is the first Latino editor in The Inquirer’s nearly 200-year history.

Since 2017, he had been second-in-command of the newsroom before his promotion. Escobar is a long-time journalist who has helped manage a drastic transformation at the newspaper.

This is his second stint with the Inquirer, having originally joined the paper in 2007 as metropolitan editor. He left the position in 2011 and worked a year at the Dallas Morning News on its editorial board and also taught journalism at Southern Methodist University, before returning to Philadelphia.

Prior to that, Escobar spent 16 years at the Washington Post, where he was a police reporter, an immigration reporter and the Latin America bureau chief and correspondent, based in Argentina. He was also the Post’s City Editor for six years.

Escobar is originally from Bogotá, Colombia, before his family moved to Queens, N.Y. when he was seven years old. He earned a bachelor’s degree in creative writing from Queens College, City University of New York, and a master’s in journalism from the University of Maryland.

The final remaining honoree will be announced shortly.