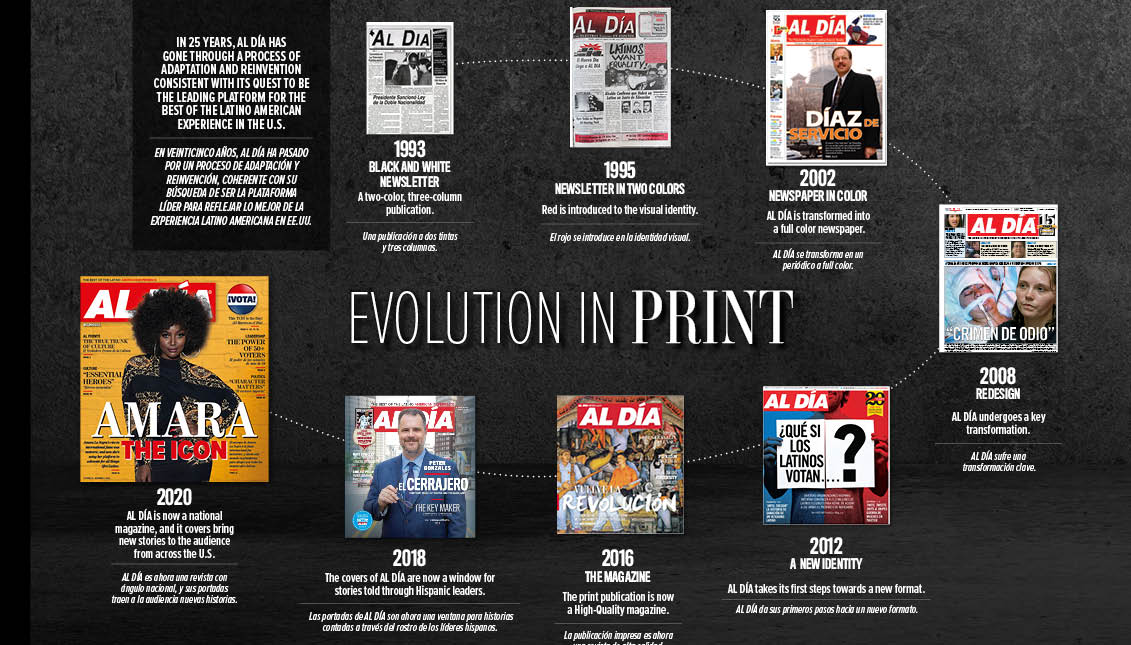 AL DÍA has dedicated its 25 years of life to documenting the best of the Latin American experience in the United States.

Over the course of its 25 years, AL DÍA has grown from a community weekly with two inks and three columns, to a bilingual magazine with a national focus,…

There is no better way to illustrate the growth and development of this company than by seeing the transformation of its printed product.

In its early years, the AL DÍA weekly went from being a two-ink, three-column publication to injecting color into its covers, always with a focus on stories from the Latino community in Philadelphia. 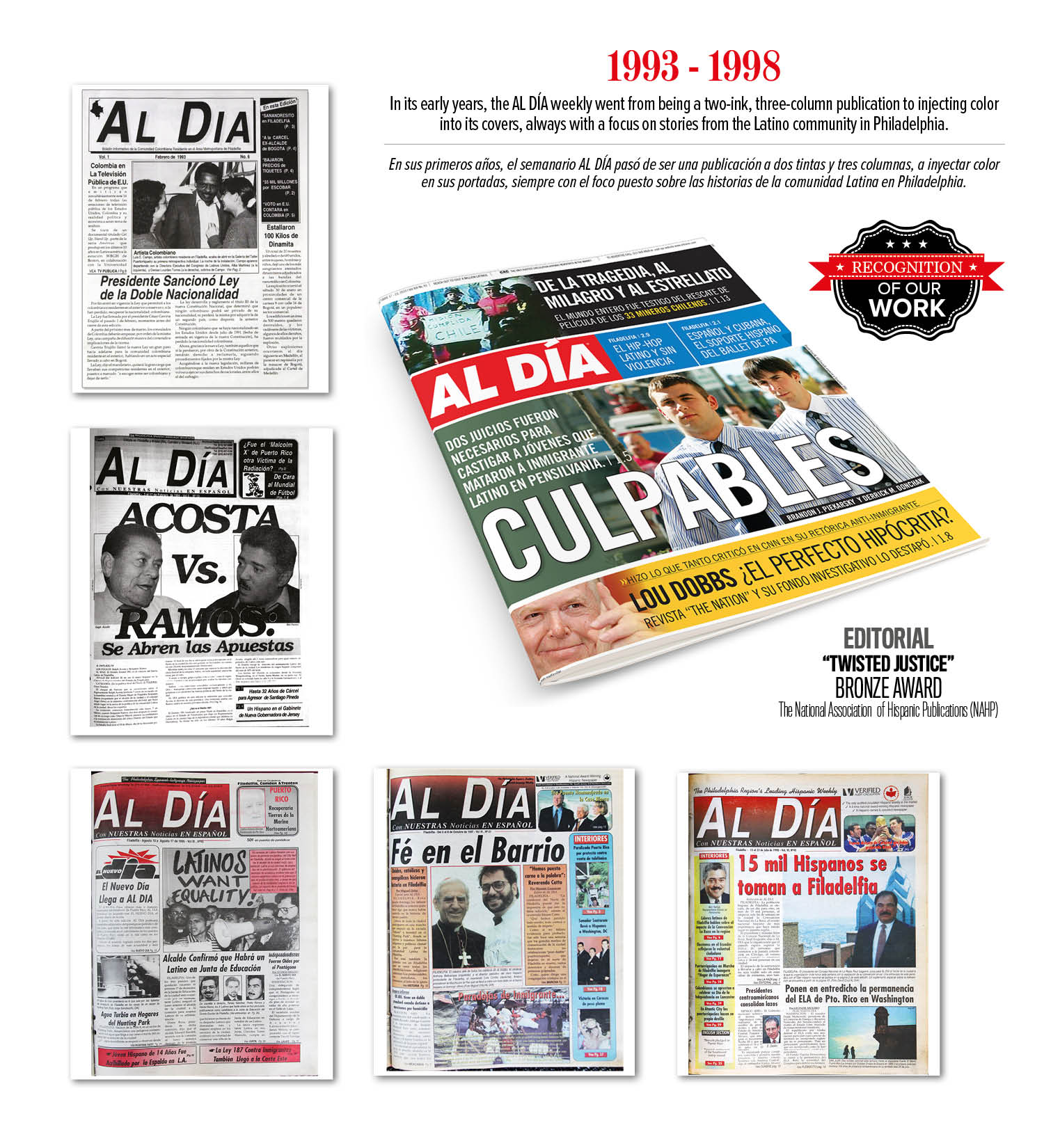 In an attempt to reinvent itself with the arrival of the new century, AL DÍA began to mutate into a more stylized version, with high-quality printing, as well as a new logo identity. 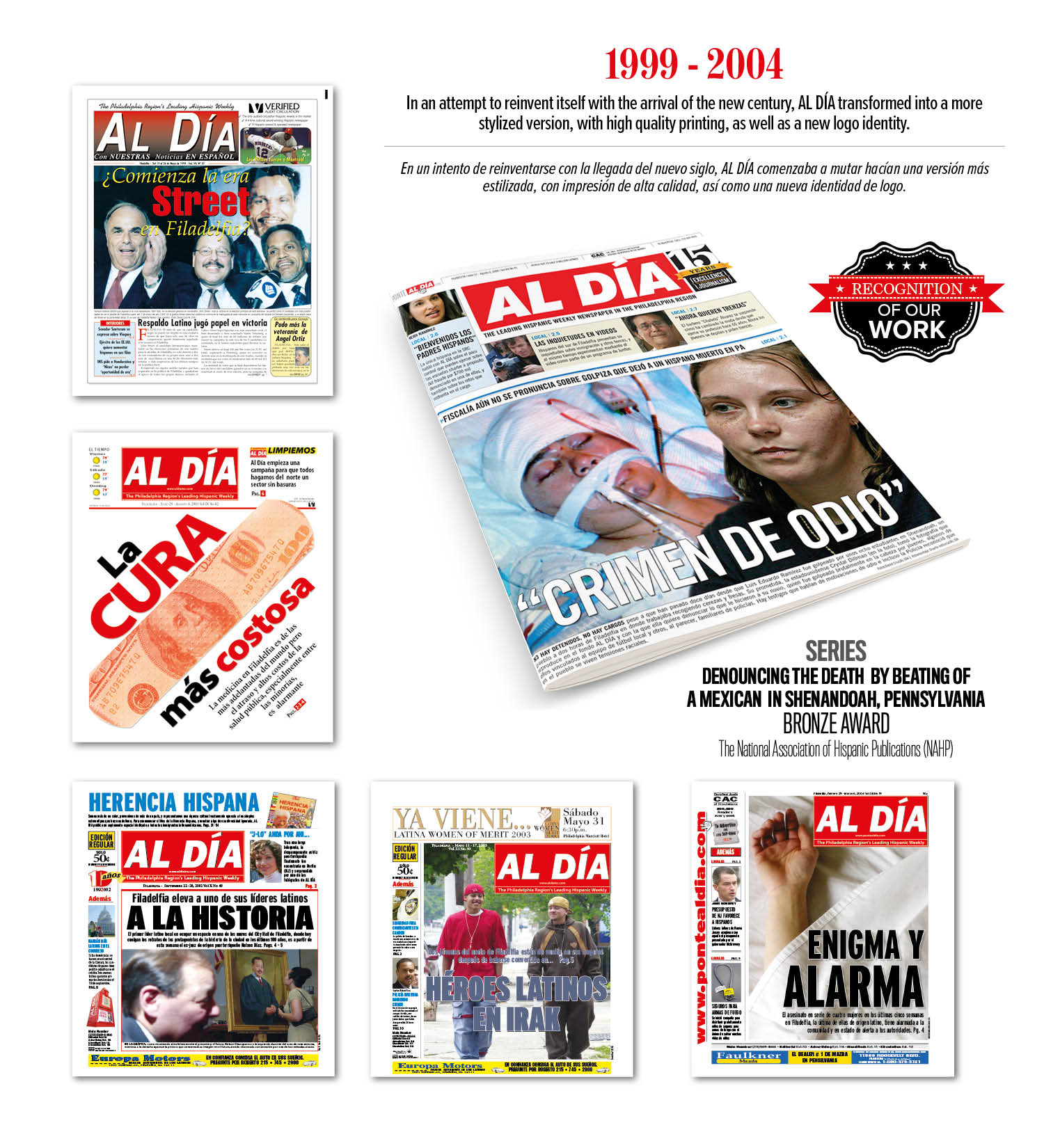 AL DÍA began its transition to a publication with a broader focus, shedding light on national, identity, and cultural issues. 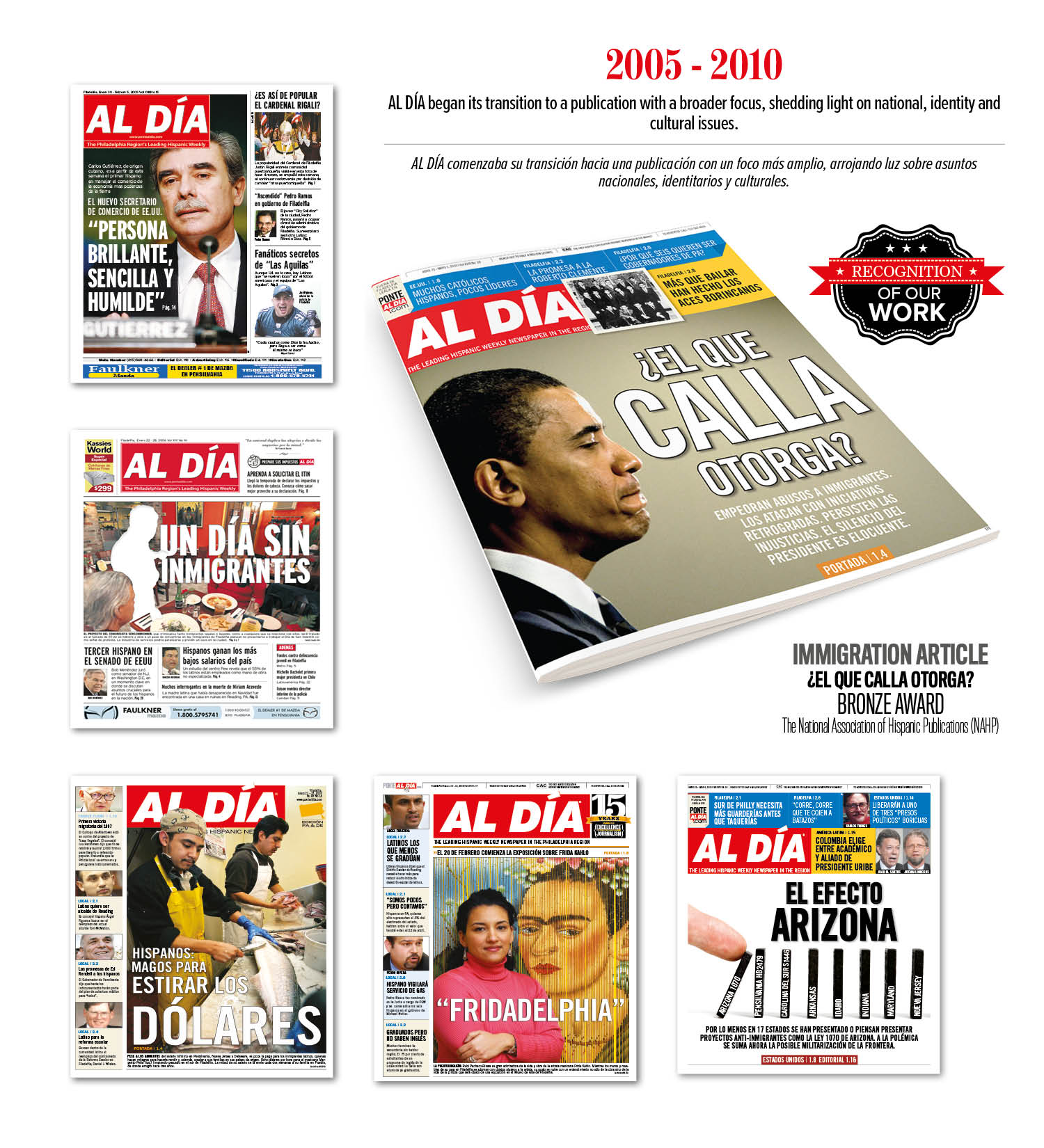 AL DÍA is now more than a weekly magazine, and its critical and analytical content puts it in a new category of publications. It is in this period that its transition to a fully bilingual medium officially begins. 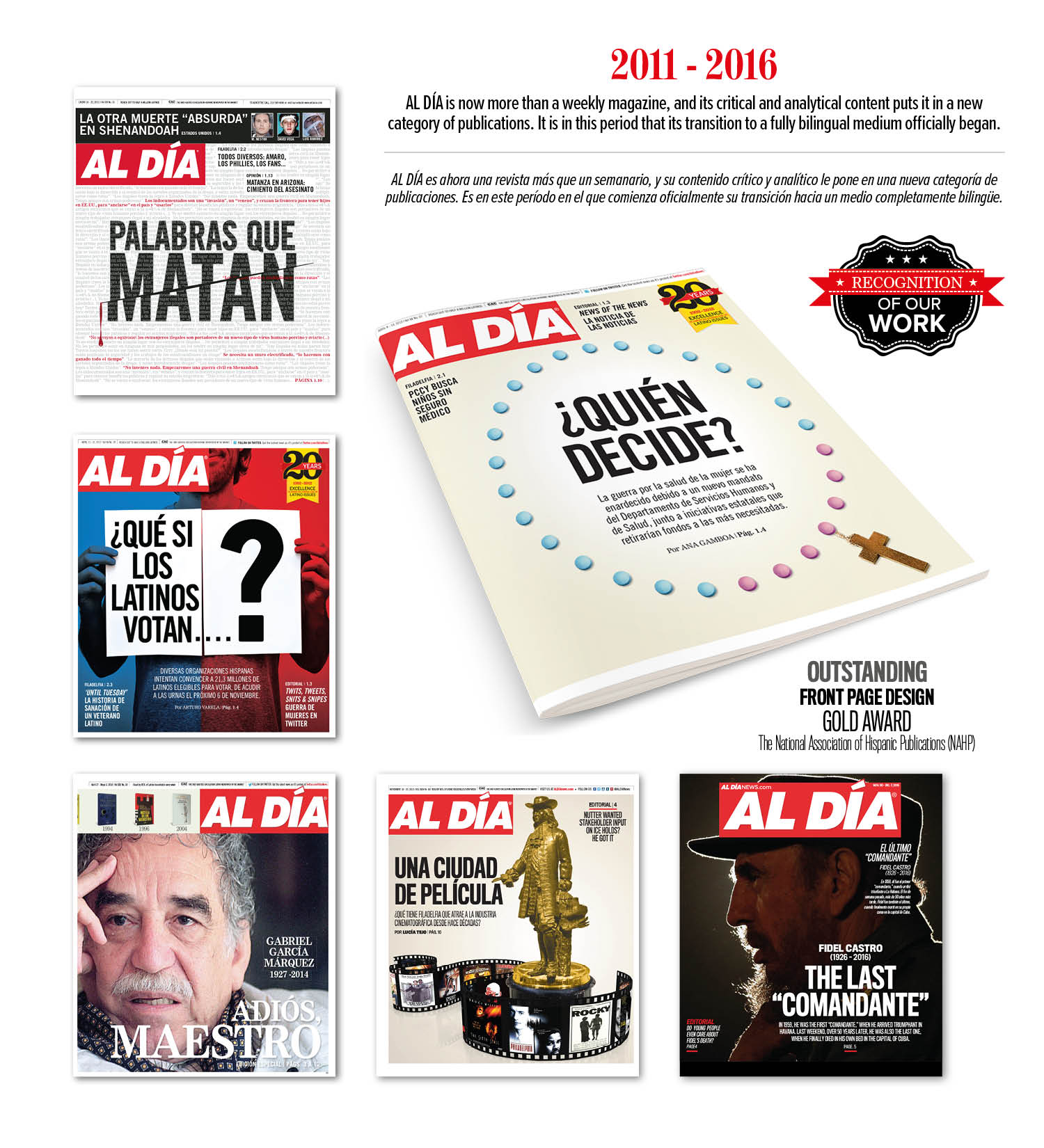 With a new digital support, AL DÍA has become a unique publication in its style, being one of the few focused on documenting the best of the Latin American experience in the U.S., with a "glocal" focus, and with an eye on the new generation of leaders. 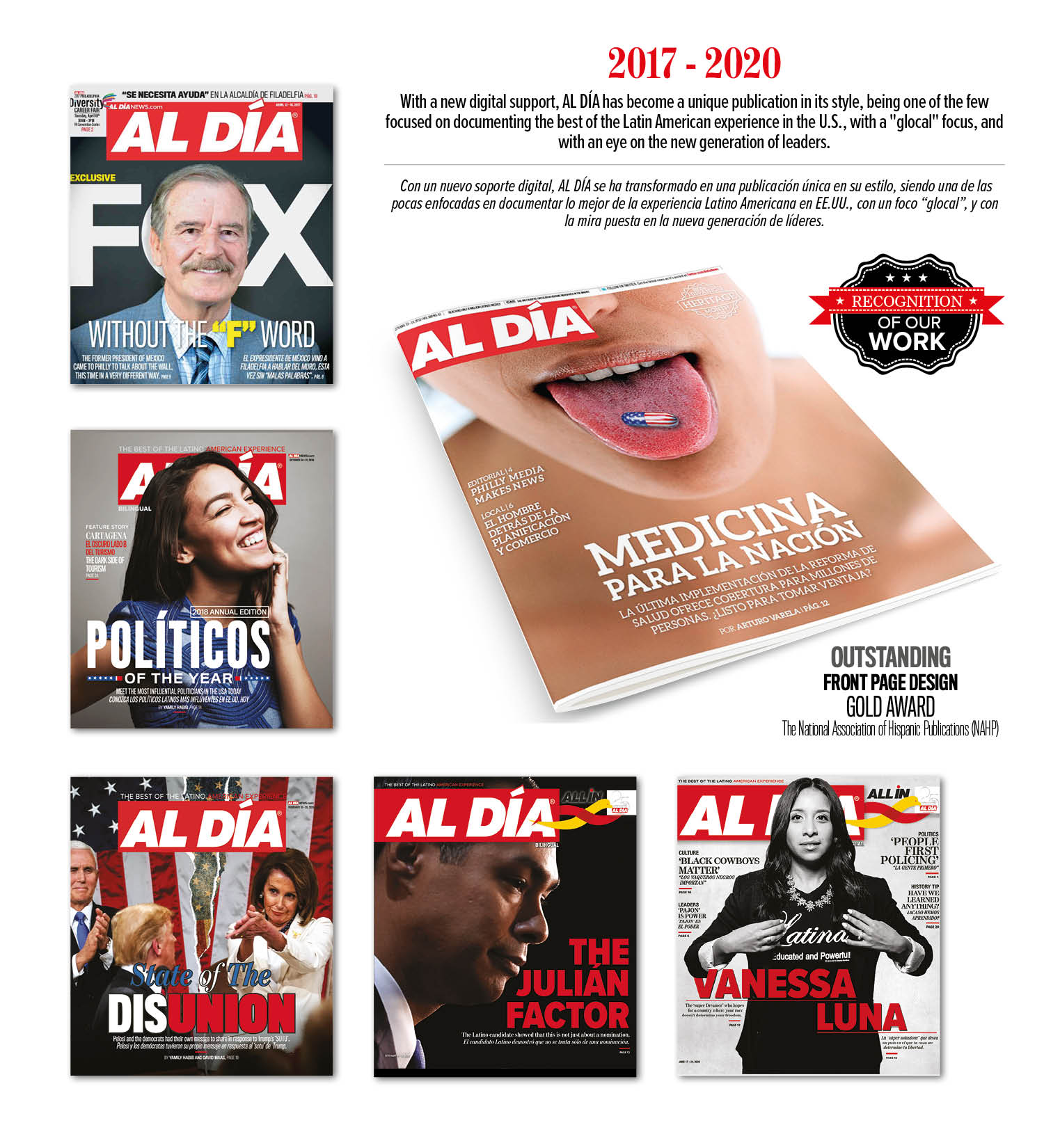 Since its first computer in 1993, AL DÍA has been concerned with keeping up with technological evolution, not only in terms of equipment but also in terms of strategies and platforms. 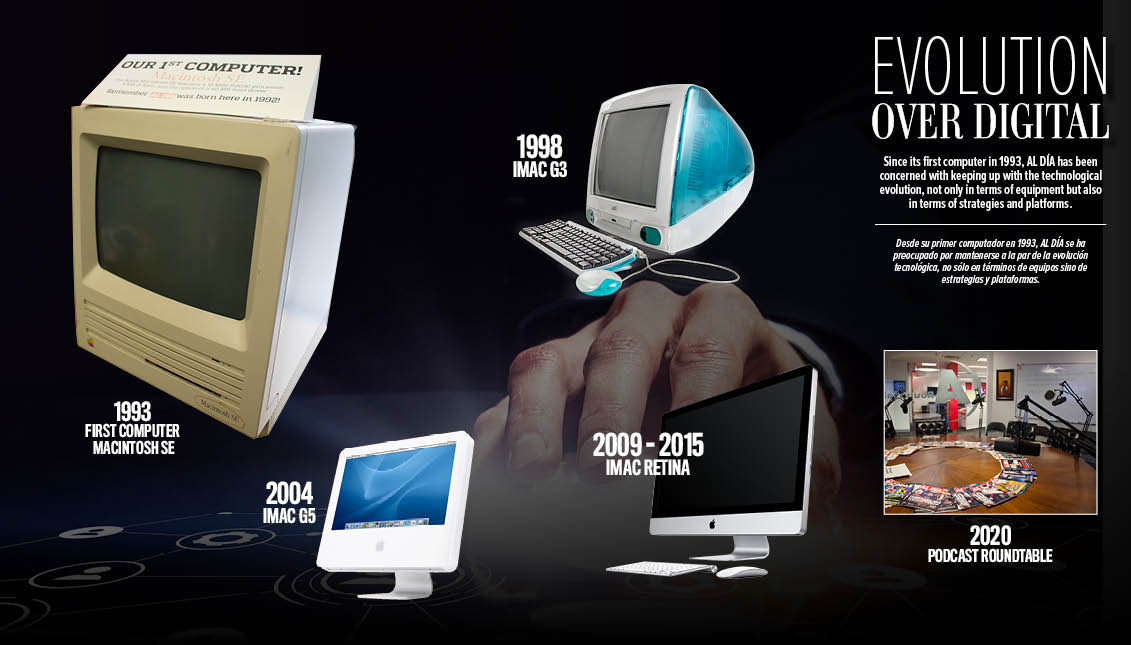