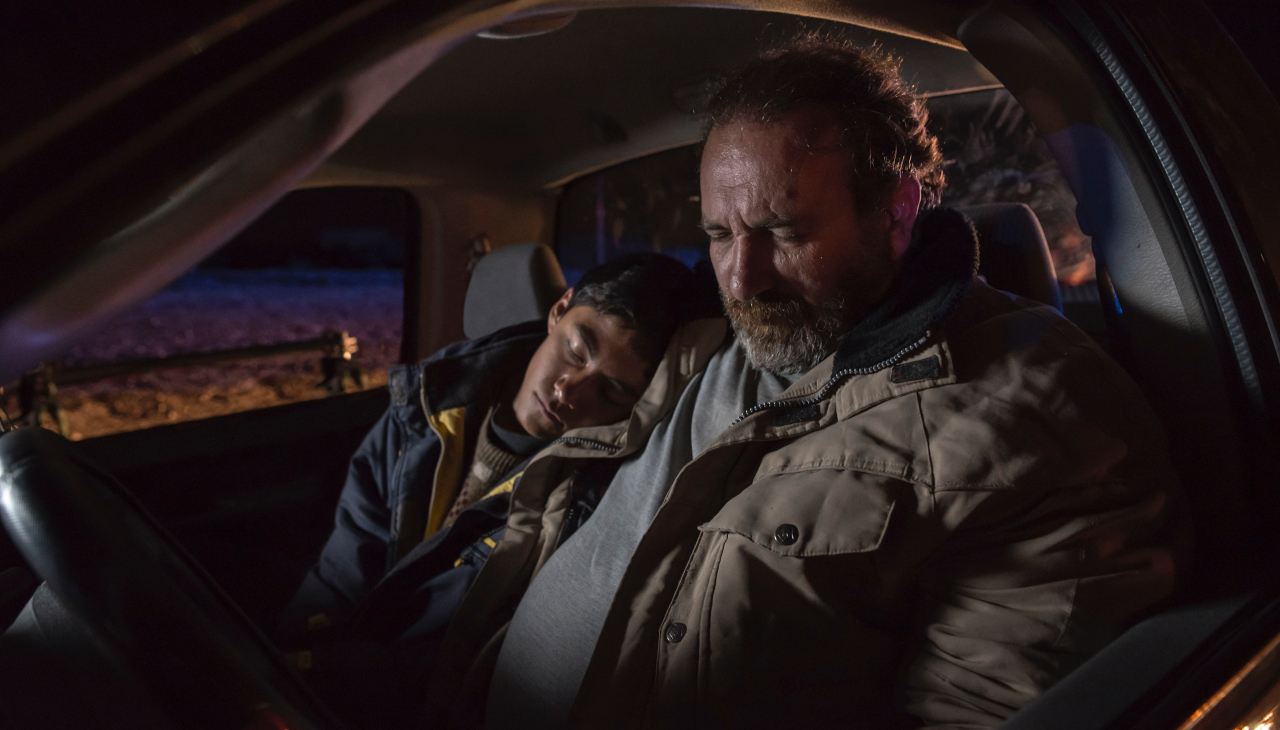 The feature film La Caja, which analyzes the consequences of orphanhood while reflecting on the enslaving maquila system, is Venezuela’s choice for the Oscars. Photo: Courtesy of MUBI.

Venezuela bets on a psychological thriller by director Lorenzo Vigas for the Best International Film category at the Oscars.

Thirst is pressing and the sun is scorching in the north of Mexico, a desert and almost desolate territory that the locals often call the “Lost Mexico”. There, in the midst of hope and dismay, Hatzín, a teenager from Mexico City, arrives in search of his father’s remains found in a mass grave.

Determined to close a chapter tainted with pain, the young man retraces his steps to return home with a new and inseparable companion: a box. However, fate, sometimes capricious and absurd, twists his fate and puts in his way a man he sees as his father.

Determined to create a non-existent family bond, the adolescent will be immersed little by little in a dark world, where risks and labor exploitation reign.

This is the story told in La Caja (‘The Box’), by Venezuelan director Lorenzo Vigas. “This film is about the consequences of orphanhood for teenagers who didn’t have a father at home. How do we go through life seeking to replace that figure? What do we cling to? Without that presence, young people grow up without identity. That’s the issue: What are we willing to do to get father’s love?”, the filmmaker told AL DÍA.

In his third and final part of the fiction trilogy on the father figure after the short film Los elefantes nunca olvidan (2004) and Desde lejos, winner of the Golden Lion at the Venice Film Festival in 2015, Vigas has designed a metaphor to sow intrigue. “We all have a locked box at home. A box we carry on our shoulders when we go out on the street. Some are able to open that box, take out the heavy things that are inside, others never dare to open it, they carry it all their lives”, he says.

La Caja not only stands as a bold and immersive critique of absent fatherhood, but also offers a penetrating look at a sector mired in precariousness: The maquila system, which, although widespread in Latin America, has found fertile ground in Mexico.

With 20 years of residence in that country, it does not seem strange that the director has chosen it to reflect on this social problem. "For me it was important to tell how the thousands of people who work in them (‘maquiladoras’) lose their identity and become numbers; it was an important sub-theme to understand a young teenager desperate to find his identity”, he explains.

La Caja had its world premiere in the official competition at the Venice Film Festival and has since also been acclaimed at the Toronto, San Sebastian, BFI London, San Francisco and Miami festivals.

Shot by Chilean cinematographer Sergio Armstrong, produced by Mexican filmmaker Michel Franco and starring Hatzin Navarrete (Hatzin) and Hernan Mendoza (Mario), Vigas’ film has been chosen as Venezuela’s entry for the Academy Awards in the Best International Feature category. “I am proud to represent, for the third time, Venezuela in the Oscar race. We know it will be difficult, but the reviews have been good, and that makes us want to work very hard on the campaign and try to get as far as possible”, he says.

The feature film recently debuted in U.S. theaters and has been available on the MUBI platform since November 11th.