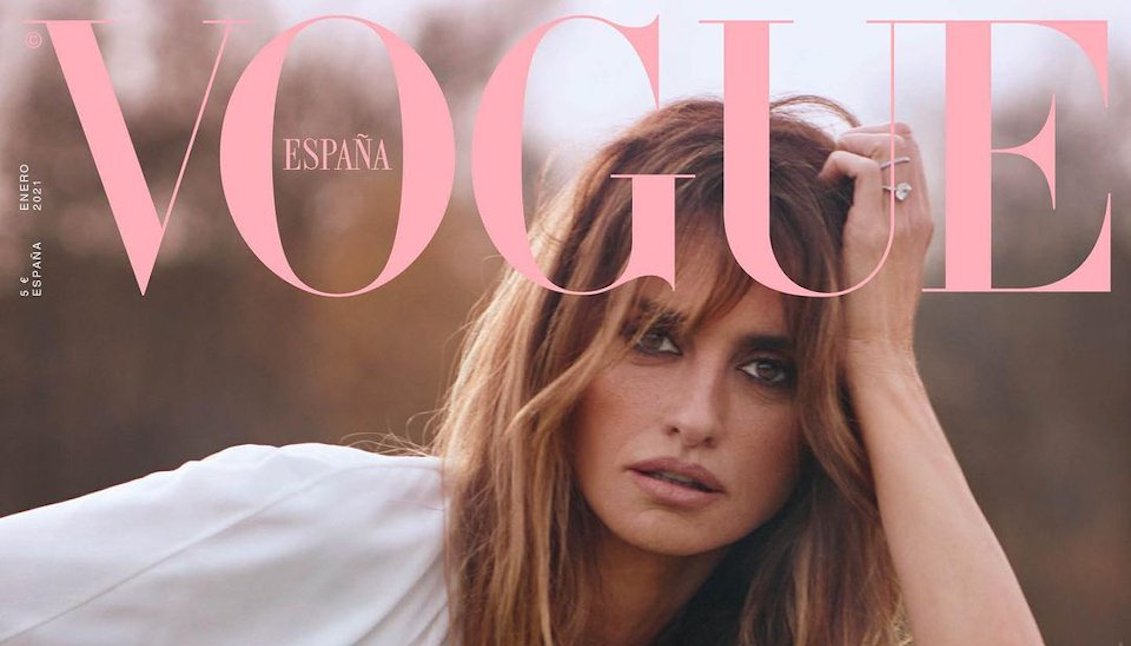 Penelope in Vogue: "I'm amazed every time someone asks me if I'm a feminist"

Penélope Cruz speaks, among other things, about feminism on the first cover of Vogue's 2021 Spanish edition

Spanish actress Penélope Cruz is the face of the first cover of 2021 for Vogue magazine in Spanish. Although she has already appeared in the magazine several times, in this issue, she talks about her projects, the pandemic, and feminism.

Cruz will premiere The 355 in January 2022, along with Lupita Nyong'o, Jessica Chastain, Fan Bingbing, and Diane Kruger. An espionage thriller with five female characters who unite to save the world. The mention of this project serves as an excuse to talk about women’s situation in the film industry.

In recent years, women working in film and television have been uncovering and reporting many cases of harassment and abuse of power by their peers. The #Metoo movement and projects like Time's Up are the result and a clear reflection of something that is happening worldwide: the fear and silence in the face of macho attitudes are over.

"I'm surprised every time someone asks me if I'm a feminist. It is impossible not to be if you are fair and reread the definition of the term in the dictionary. How can I not be a feminist?" the actress told the magazine.

Recalling the films starring Penélope Cruz, it is impossible to overlook that the Almodóvar girl has often played roles that perpetuate the cliché of the Latina as a "sex bomb" (hypersexualized). However, according to the new trends, the actress’s parts seem to reflect her process and relationship with feminism in recent years.

For its part, Vogue magazine also has its baggage, and we have seen how the focus of its articles has evolved over the years. That said, we cannot forget that the magazine's aesthetic maintains and reproduces the beauty patterns established by a Western, capitalist, and patriarchal society: women as subjects/objects of beauty for others’ consumption.