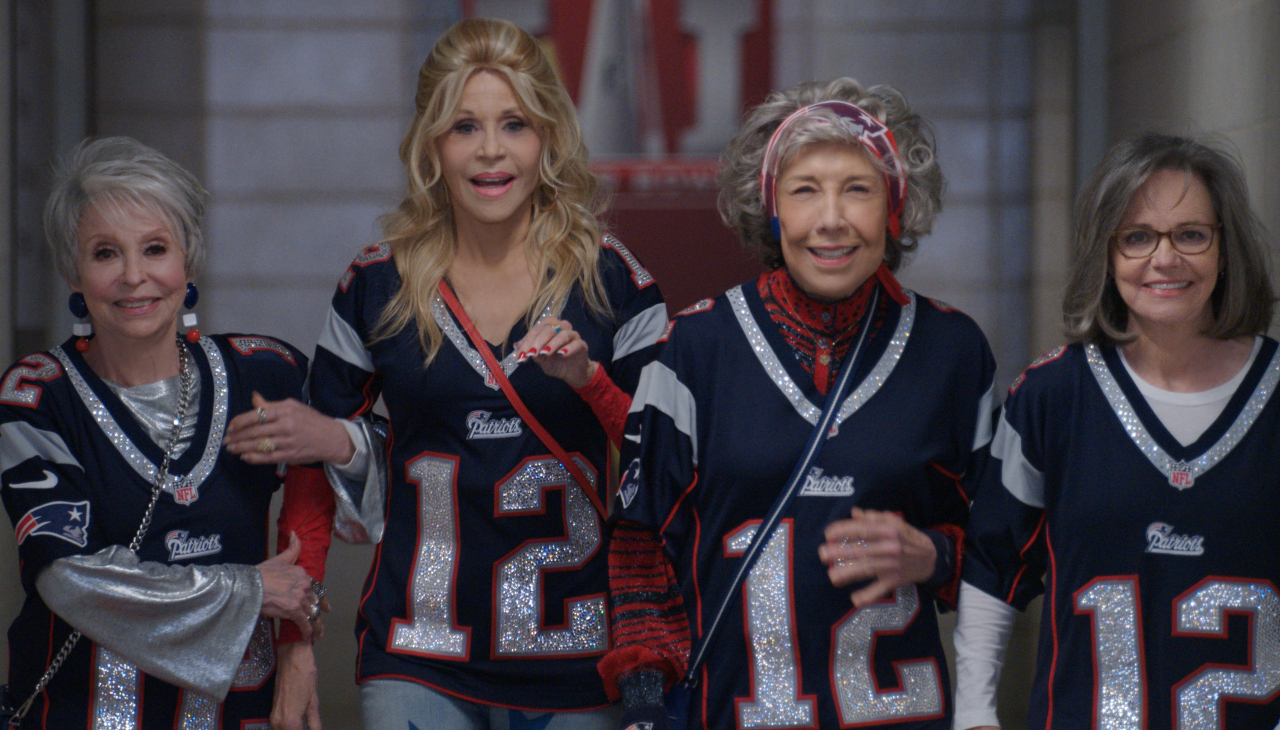 Rita Moreno, Jane Fonda, Lily Tomlin and Sally Field star in the film '80 for Brady,' which is set to open in theaters in 2023. Photo courtesy of Paramount Pictures.

Rita Moreno stars in '80 For Brady'

The Puerto Rican actress stars in the film directed by Kyle Marvin, which opens in theaters on Jan. 3.

80 for Brady is inspired by the true story of four best friends who live life to the fullest and take a wild trip to Super Bowl LI in 2017 to watch their hero Tom Brady play — the best NFL player of all time and one of the best professional athletes of all time.

Also part of the cast is the Puerto Rican actress, singer and dancer Rita Moreno, the only star who has managed to win an Oscar, Emmy, Tony and Grammy in the U.S.

The trailer, released this week, features a group of women willing to do anything to see the New England Patriots — they travel without tickets, but have faith that they will be able to see their greatest idol at NRG Stadium in Houston Texas. To do this, they will go through a series of adventures — from trying to get tickets for the game, participating in a contest in which one of them must eat spicy chicken wings, pretending to be dancers, and even hallucinating with well-known TV chef Guy Fieri.

With comedy, the film seeks to represent a friendship that strengthens over the years, and also that age is non-existent when it comes to having a good time.

The film 80 for Brady is from Paramount Pictures in association with Fifth Season. The film is directed by American actor, producer and writer Kyle Marvin and produced by Donna Gigliotti, and Tom Brady. Sarah Haskins and Emily Halpern served as script writers.