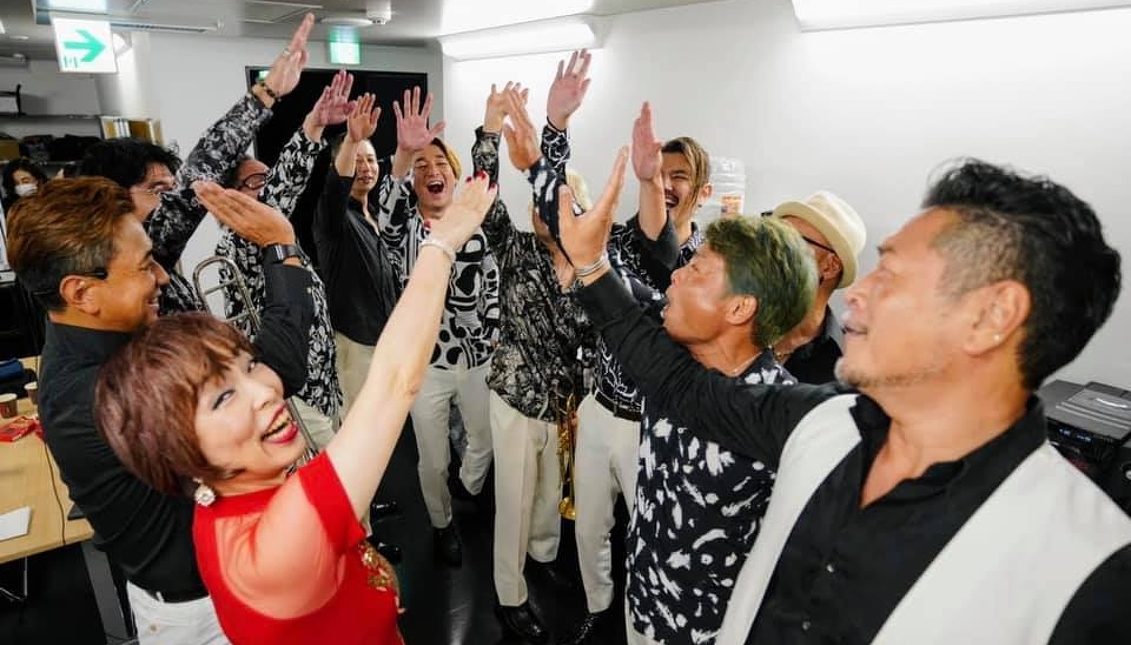 "Salsa has no borders, no, nor barriers." Photo: Facebook

Orquesta de la Luz: Three decades since the conquest of salsa in Japan

The orchestra celebrates its 35th anniversary with a new wave to "Latinize" their Japanese compatriots.

Thirty-five years ago, the Orquesta de la Luz was able to do all this and to conquer the Latin American audience and the New York scene. A titanic musical feat that earned them a place in salsa heaven as well as among the great names of cultural dialogue — which led to a United Nations Peace Medal. The band was active until 1997 to reunite in 2002 and up to the present day. Nora Suzuki is the lead vocalist who started a solo career and tried other genres such as ballads. Orquesta de la Luz became especially famous in Puerto Rico, Panama, Costa Rica, Colombia, Venezuela and other Caribbean countries.

Currently, the group is immersed in a plan to "Latinize Japan" that seeks to promote salsa and other genres among the countries of the continent, performing at jazz festivals on the Asian circuit: "I want them to be more optimistic. I think he was like that too. I used to think a lot. I'm more Latinized than before. I'm happier now," added Nora.

That is why last year they released the album Gracias Salseros, which featured songs in both languages and served to celebrate a long career and conquest that works as a gift from salsa to the world: "salsa has no borders, no, no barriers."

The album Salsa Caliente del Japón, released with RMM in 1990, was the spearhead of his salsa conquest at a time when the genre was already crystallizing, bringing freshness. It was also part of the dialogue of symbols that took place between continents at the end of the last century, which began in the 1940s with the Asian interest in tango and rumba.

But deconstructing the record, composed with the help of a dictionary, the public discovered the hidden lesson of someone capable of perceiving salsa beyond the concrete sense towards purely emotional interpretations.

The album eventually topped the Billboard Latin music chart for eleven weeks but behind the success was more than just salsa passion: the hard work of all the members of the orchestra to cross the seas paying their own way to try to conquer the New York market.

Then they had to overcome certain prejudices for being who they were and the journey of recording, having already signed a contract in their country.

A story of overcoming that leaves us with something as solid as seventeen salsa albums to enjoy without borders.