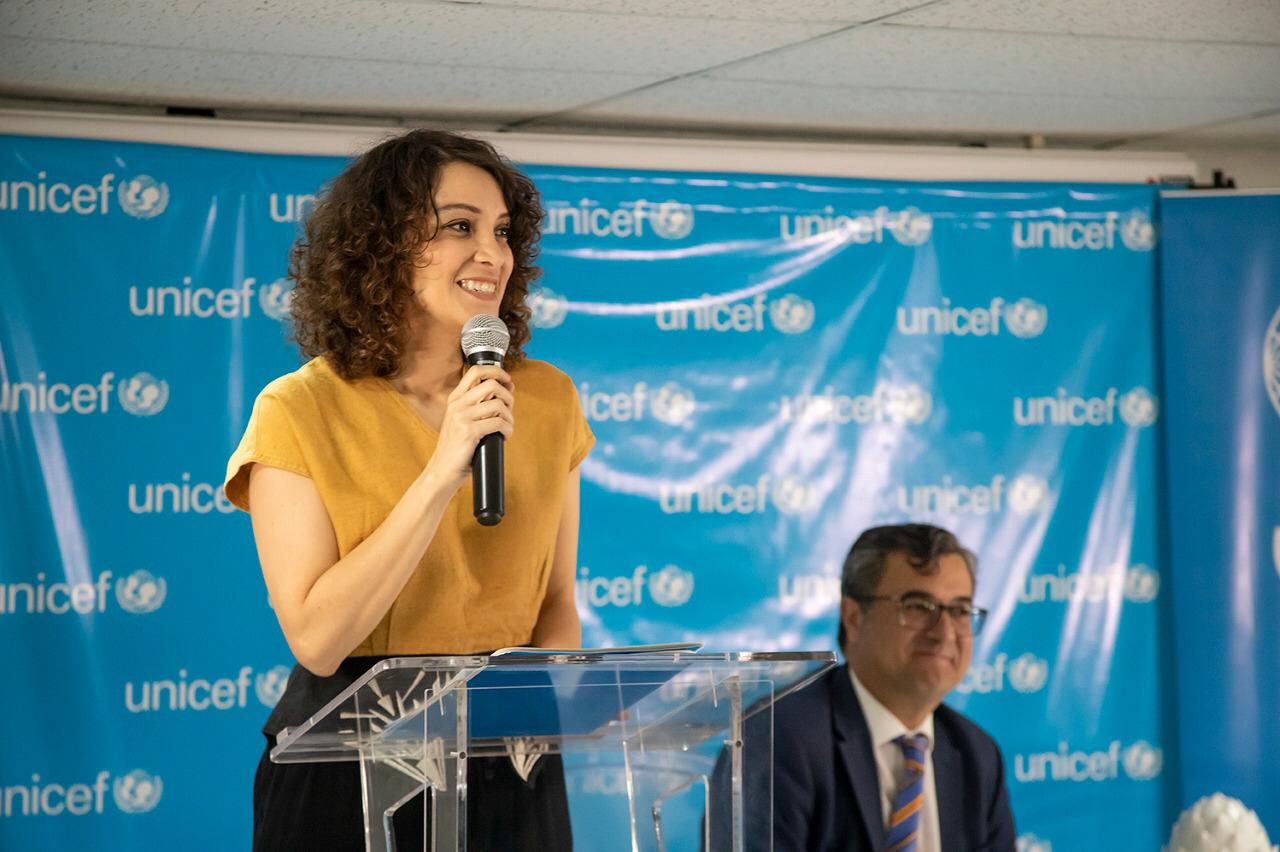 Gaby Moreno is a UNICEF ambassador in Guatemala. Photo: EFE

Guatemalan singer-songwriter Gaby Moreno announced the project dedicated to children will be published next year.

The singer-songwriter and ambassador of the United Nations Children's Fund (UNICEF), announced on Monday, Oct. 25, that she is preparing a musical project with the institution dedicated to children, and the complete album will be available to the public starting next year. The project includes the participation of Pedro Tubac, eight-years-old, on the violin, and Yahaira Tubac, 12-years-old, on the piano.

The Guatemalan artist confirmed in a conference that the project includes a series of songs that "carry positive and educational messages to children." For its part, UNICEF confirmed in a press release that the first song of the new musical project will be released on Nov. 20, 2022, in the "framework of Wolrd Children's Day."

During the press conference held on Monday, Carlos Carrera, UNICEF representative in Guatemala, took part in the event and praised Moreno's project, affirming that "music has stimulating effects" on children and "ignites all areas of child development."

The Central American country has one of the worst rates of child poverty and malnutrition in the continent. Guatemala did not have a UNICEF prior to Feb. 28, 2020, when Moreno was named the Goodwill Ambassador for UNICEF Guatemala, becoming the first person designated as such by the country.