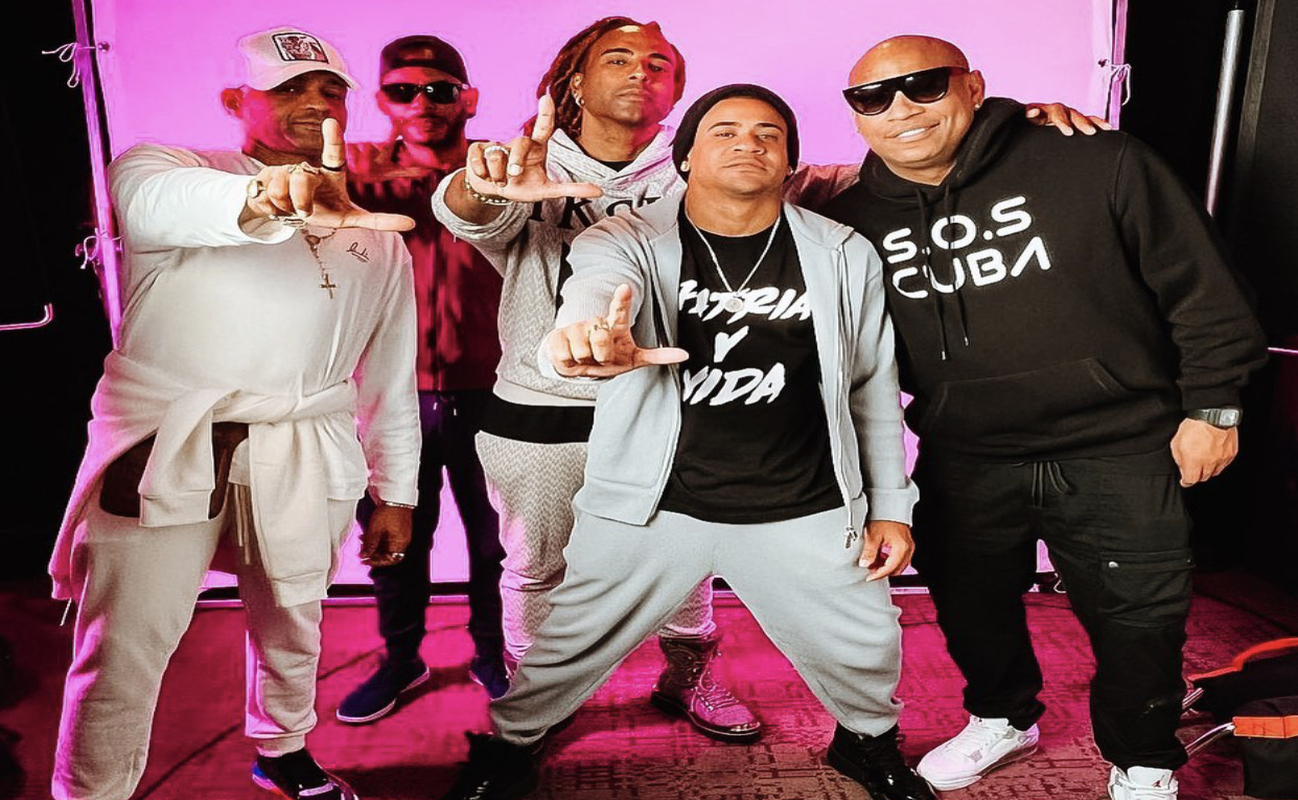 This song was the "soundtrack" of the July 11, 2021 protests, and has also received the Latin Grammy for best song of the year. Photo: Instagram- Gente de Zona

Cubans to receive the Medal of Freedom for 'Patria y Vida'

The award will be presented by the Latin Songwriters Hall of Fame (LSHOF) at a ceremony held on Oct. 13 in Florida.

The next Medal of Freedom Award granted by the Latin Songwriters Hall of Fam (LSHOF) will go to Cuban singers Gente de Zona (Alexander Delgado, Randy Malcom Martínez), Yotuel Romero, Beatriz Luengo, Descemer Bueno, Luis Manuel Otero Alcántara, Maykel Osorbo, and DJ El Funky, who are the creators of the song "Patria y Vida," which has become an anthem for the opposition inside and out of Cuba.

The song was the "soundtrack" of the protests of July 11, 2021, and has also received the Latin Grammy for Best Song of the Year.

According to Infobae, the Medal of Freedom will be one of the La Musa Awards to be presented at the LSHOF ceremony to be held at the Hard Rock Hotel in Hollywood, which will also celebrate its tenth anniversary, as Billboard magazine announced on Monday, Aug. 15.

The Miami Beach-based institution will welcome new members at the gala, including Dominican Johnny Ventura, who passed away in July of last year and will join this hall that gathers and pays tribute to the great figures of Latin music.

In this edition, producers Desmond Child and Rudy Pérez, both founders of the LSHOF, will be honored, as well as composer Tony Renis.

Venezuela's Elena Rose and Spain's Manuel Alejandro will be among the other musicians to be honored at the gala, as well as music and entertainment industry executives Gustavo Menendez, Walter Kolm and Eddy Cue.

The gala will be hosted by Peruvian-American actress and singer Isabela Merced.

The authors selected this year to be part of the Latin Songwriters Hall of Fame were selected, as in previous editions, from a group of nominees from committee of figures and leaders of the music industry.