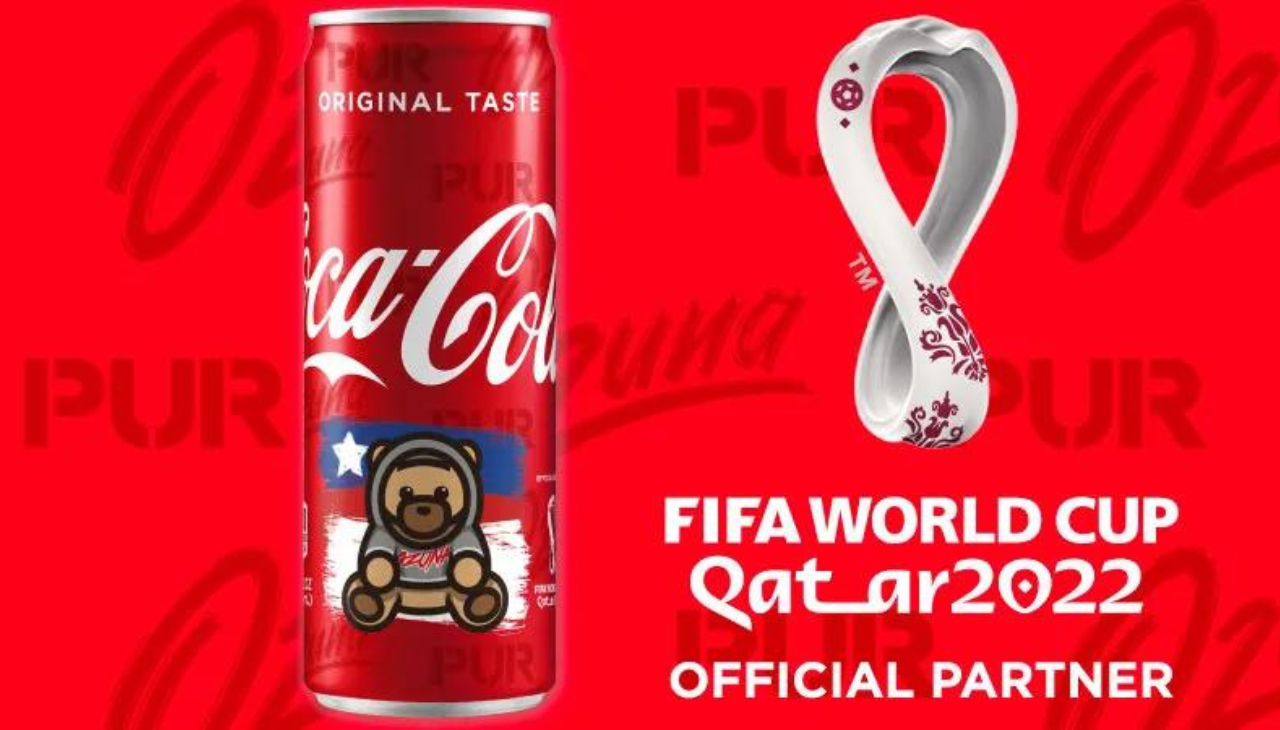 The Coca-Cola can will include the Puerto Rican flag and Ozuna's character. Photo: Twitter

The artist will feature on the World Cup soundtrack with his song "Arhbo."

With the collaboration La Magia de Creer (The Magic of Believing), Coca-Cola is offering fans of Ozuna a unique experience during the World Cup to be held from Nov. 20th to December 18th in Qatar.

This year, Coca-Cola, as an official sponsor of FIFA, will be launching a limited edition of collectible cans created with the flags of the countries participating in this year's tournament.

Although Puerto Rico did not qualify for the tournament, it created one dedicated to the island just for the Ozuna.

Ovy on The Drums and Ozuna, in "CHAO BEBE"
January 2nd, 2023
Messi's photo with the World Cup gets the most 'likes' in the history of Instagram
December 20th, 2022
Lionel Messi is a World Cup Champion, Argentina win on penalties after 120 minutes of a heartstopping final
December 18th, 2022

In total, the complete collection of cans will be made up of 14 designs that will be available in all stores from Oct. 25 through Dec. 18, 2022.

"I am very happy with this collaboration with Coca-Cola and to be able to contribute in some way to continue cultivating interest in the sport of soccer in Puerto Rico," Ozuna said in a statement, according to EFE.

The campaign features a special launch video where Ozuna is seen chasing his childhood dreams, inspired by the magic of Coca-Cola, the statement said. The video will be shown on social media, TV and in movie theaters.

As part of the 'La Magia de Creer' initiatives in Puerto Rico, the artist and Coca-Cola will be making a $50,000 donation to repair and refurbish soccer fields in the Santurce sector, with the objective of motivating local leagues to continue promoting the development of the sport and pursuing soccer dreams.