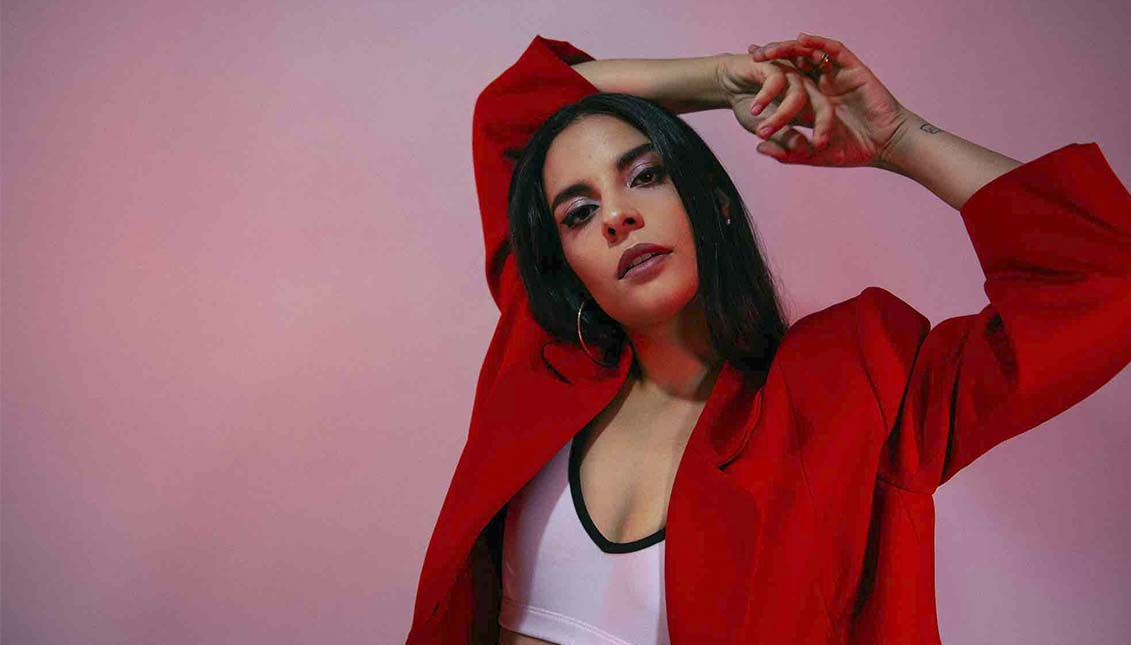 For Girl Ultra, the opportunities are different whether a Latino musician lives in the United States or in Mexico.

Girl Ultra: "The Latino Boom is a myth"

The Mexican singer has revolutionized R&B with her melodies in Spanish, and assures that the "Latin boom" is an outdated myth.

This is the name of the recent LP by the singer-songwriter Mariana de Miguel, better known as Girl Ultra, who for the last couple of years has done what seemed unthinkable: make her mark as one of the most promising R&B talents from her native Mexico, where the community has been growing slowly but melodically for the past 25 years.

"I feel like the biggest issue is our current mentality towards new music,​​​​​" said Girl Ultra in an interview with Rolling Stone.

"It’s very hard to open up the spectrum because we don’t usually give a spotlight to new projects. We try to label them right away as the new this or the new that, and as a result, artists are restricted from growing. Everything about Mexico’s music scene feels very tight."

"I feel we’ve got to break away from this whole 'Latin boom.'"

The artist, who has spent much of this year performing in the U.S., collaborates on her recent album with artists like Cuco or Ximena Sariñana, and admits that while the music industry in the U.S. is solid and Latino R&B artists like Kali Uchis or Omar Apollo are opening the way, there is a key difference between them:

"I feel we’ve got to break away from this whole 'Latin boom.' It’s very different from being Mexican American, or a naturalized [U.S. citizen] in the music industry than being a Latino living in Latin America, or a Mexican living in Mexico. The opportunities are very different," she says.

And she highlights the experience of J.Balvin, who struggled for years to legally reside in the United States because it's easier to tour and carve out a place than for a foreigner.

Girl Ultra had her "musical awakening" at the age of 12 thanks to her father, who became a kind of "dealer" for her in the most varied genres, from Aretha Franklin's albums to movie soundtracks.

"I had a special taste for R&B, especially its soulful melodies, which seemed to be everywhere without me realizing. For example, all of my favorite Nickelodeon theme songs were R&B," she remembers.

However, her biggest goal was to bring those melodies that impacted her since she was a child to her native country and to do it in Spanish, which is a new experience for her fans.

"I really love reggaeton and everything, but I’m not connected with that scene. A lot of people and friends who are not in the music business say, 'With this Latin boom, you’re going to make it!' I think that’s confusing and unfair for other Latinos who do not [make] música urbana or reggaeton."

"I want fans to understand that Latin music is not just urbano and salsa. Latin music is every genre of music. In Mexico, there are punk bands, Bossa nova, jazz, and it’s still Latin music."